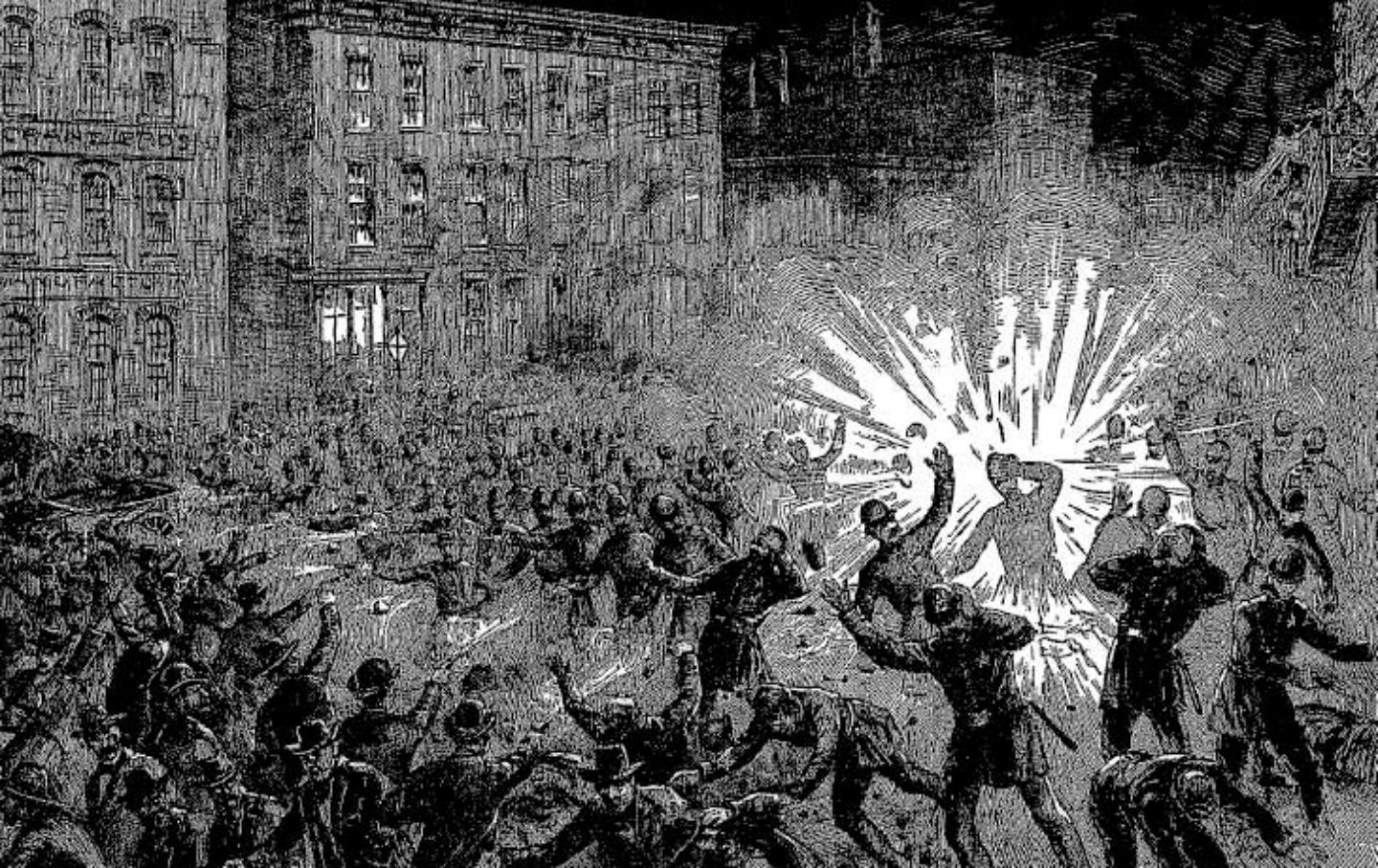 A widely reproduced image of the explosion that set off the Haymarket riots in Chicago. Illustration from book published by the then–Chicago Police Department Captain of Police Michael Schaack. (Wikimedia Commons)

For its first fifty years The Nation was not quite the friend to workers and organized labor that it is today. Rather it was perhaps the leading American proponent of the laissez-faire school of Manchester liberalism which prescribed minimal regulation and free trade and warned against organized labor. This editorial note, appearing after the dust had begun to settle in Haymarket Square, where a bomb allegedly thrown at the police by anarchists killed eight people, does not specifically mention the riot or Chicago, but its pertinence to what the editors elsewhere in the issue call “the events of the past fortnight” is obvious. Needless to say, The Nation would likely strike a different tone today.

When we get outside the law, and begin to allow ever so little intimidation or coercion to be practised by either individuals or organizations for purposes of their own, we begin a descent at the bottom of which is anarchy—that is, arson, pillage, and murder, revolvers, rifles, and bombs…. It is mere folly to suppose that we can in this country have a little lawlessness, or have lawlessness for special occasions and no others. It is something from which communities must abstain together if they do not intend to drink deep of it.