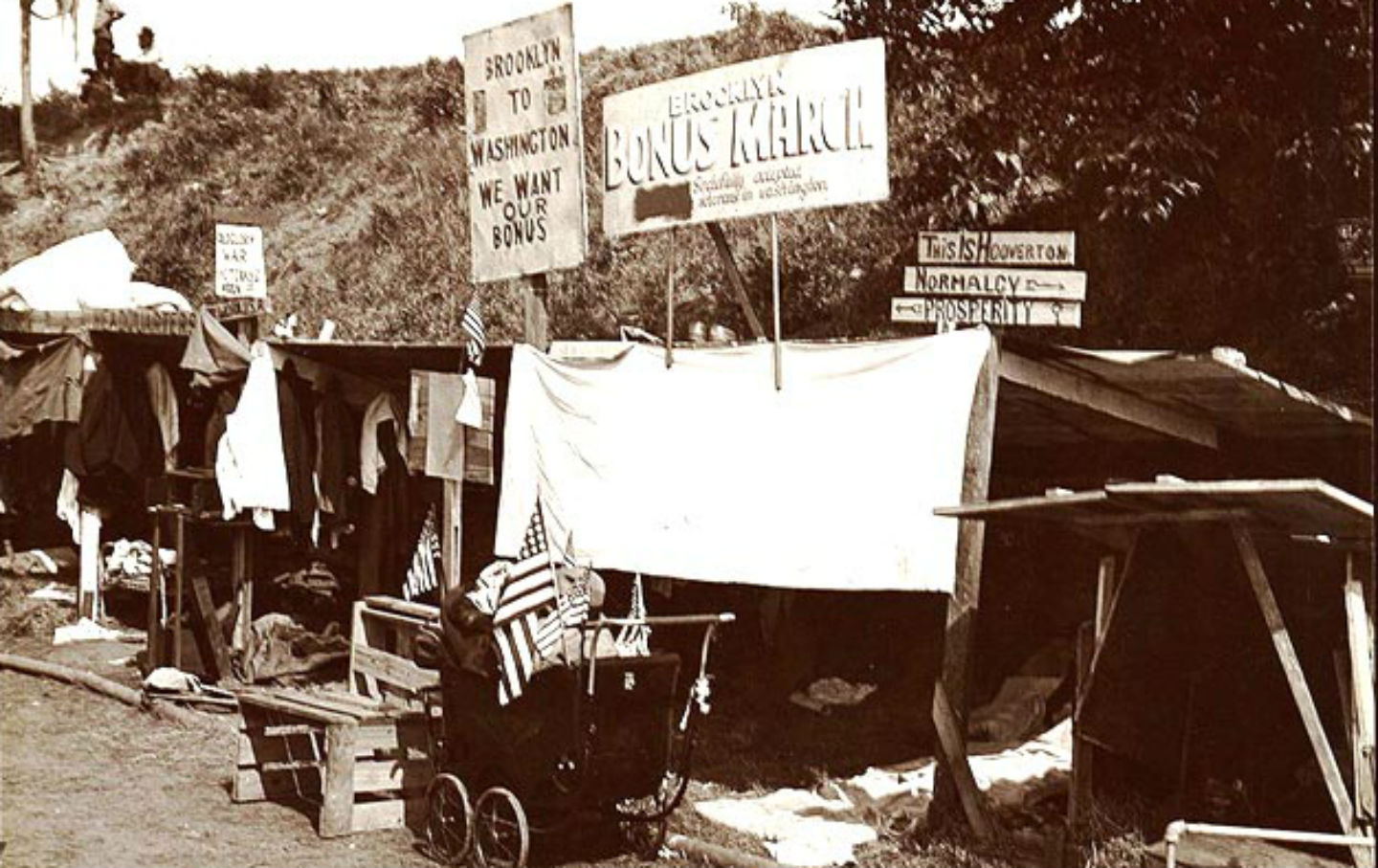 Signs from Veterans "Bonus March" in 1932. (Library of Congress)

It has become common in the last decade or so of endless war  and recession and dismal “recovery” to hear on New York City’s streets and subways repeat the line: “Can anyone help out a homeless veteran?” Back in the early years of the Depression, more than 40,000 World War I veterans congregated in Washington, DC, to protest the federal government’s refusal to advance their cash bonus to alleviate widespread homeless, hunger and suffering. The following article by Mauritz Hallgreen, one of the magazine’s foremost chroniclers of American life in the Depression years, was titled “The Bonus Army Scares Mr. Hoover” (July 27, 1932). As with needy veterans today, Hallgreen pointed out that the Bonus Army of 1932 was simply one manifestation of broader economic woes across the country.

There is throughout the country a stirring among the unemployed such as we have not witnessed before, certainly not in the present period of depression. Individuals and families by the thousands have taken to migrating from community to community, not necessarily to seek greener pastures, better economic opportunities, but to escape from the misery and suffering at home. They are at last reaching the point where they can no longer endure the hardships of unemployment and haphazard charity. Only a few weeks ago I saw them by the scores walking singly or in groups along the highways of Wisconsin, Illinois, Indiana, and Michigan. Many were carrying the last of their worldly possessions in old suitcases or tied up in bundles. Those I stopped and talked with said they did not know where they were going, they wanted only to get away from home. It was inevitable, although essentially accidental, that the men among them who feel that they have a claim against the government for their services should concentrate upon Washington. Thus the bonus march must be considered simply a minor manifestation of the unrest spreading through the country.