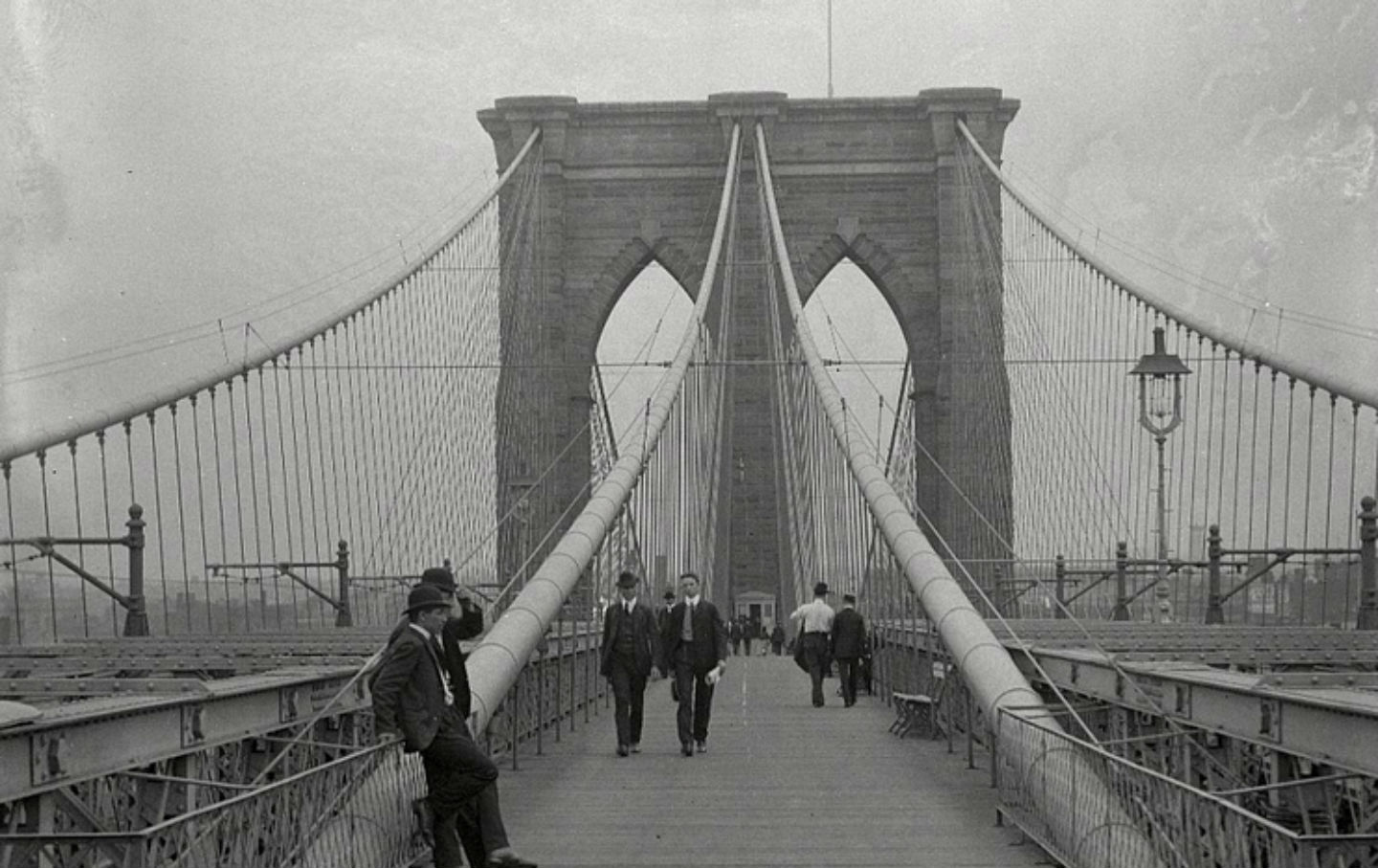 A view of the Brooklyn Bridge from the Manhattan side, 1899 (Brooklyn Public Library)

Construction began on the bridge in 1869, and faced repeated setbacks, as often political as they were technical. In 1879, after a State Assembly report was published alleging that the bridge would impede boat traffic on the East River, an editorial in The Nation lamented that the bridge “is still the foot-ball of the politicians and the courts.” What’s more, the editors continued, the bridge “is a curious illustration, too, of the barbarous conditions of the public mind on economical questions that the bridge is from time to time bitterly denounced by New York newspapers as built wholly in the interest of Brooklyn, as if an additional highway between two cities containing each a million or so of people could possibly benefit one without benefiting the other.” In fact, once the bridge opened, it was only a matter of time before Brooklyn was swallowed up in the consolidation of New York City in 1898.

The event of the week was the formal opening, on Thursday, of the great suspension bridge, across the East River, uniting New York and Brooklyn. In Brooklyn the day was made a holiday, and business in New York was partly suspended. Both cities were decorated, the former in great profusion…. One of the events of the day was a reception at the house, in Brooklyn, of Col. W.A. Roebling, the invalid Chief Engineer, who has directed the great work since his father’s death. About 1,000 guests attended, including the President. A reception was given to President Arthur and Governor Cleveland in the Brooklyn Academy of Music at 9 o’clock in the evening. The bridge was thrown open to the public at midnight, and thousands of people went across in the early hours of the morning. All day Friday the crowds continued to cross, and for several days the regular traffic was very great. The ferry companies noted a great falling off in receipts.