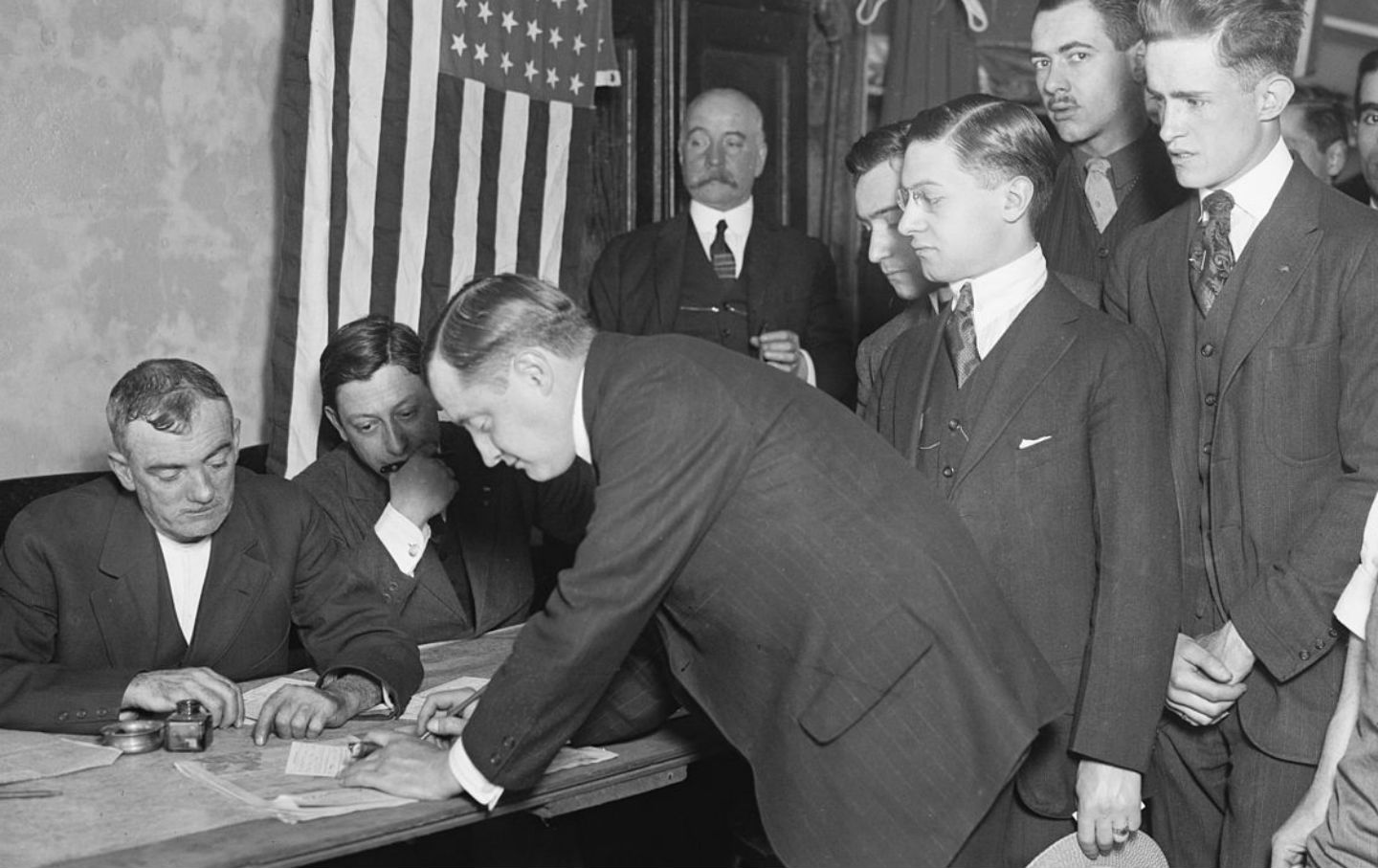 In the wake of the Selective Service Act, which instituted a mandatory military draft, many Americans refused to participate and suffered the consequences, including jail time and deportation. Roger Nash Baldwin was a founder and the first executive director of the American Civil Liberties Union. He spent about a year in prison as a conscientious objector, and later played a leading role in the Snopes and Sacco and Vanzetti trials, as well as the effort to lift the ban on James Joyce’s Ulysses. (He is also the godfather of the current editor of The Nation, Katrina vanden Heuvel.) The following article in The Nation from November 1918, “The Faith of a Heretic,” was a reprint of the speech he delivered in court when he had been sentenced two weeks earlier for violating the draft. He ended up spending roughly a year in prison.

I am before you as a deliberate violator of the Draft Act…. The compelling motive for refusing to comply with the Draft Act is my uncompromising opposition to the principle of conscription of life by the State for any purpose whatever, in time of war or peace. I not only refuse to obey the present conscription law, but I would in future refuse to obey any similar statute which attempts to direct my choice of service and ideals. I regard the principle of conscription of life as a flat contradiction of all our cherished ideals of individual freedom, democratic liberty, and Christian teaching….

Though at the moment I am of a tiny minority, I feel myself part of a great revolt surging up from among the people—the struggle of the masses against the rule of the world by the few—profoundly intensified by the war. It is a struggle against the political State itself, against exploitation, militarism, imperialism, authority in all its forms. It is a struggle to break in full force only after the war. Russia already stands in the vanguard, beset by her enemies in the camps of both belligerents; the Central Empires break asunder from within; the labor movement gathers revolutionary force in Britain; and in our own country the Non-partisan League, radical labor, and the Socialist party hold the germs of a new social order. Their protest is my protest. Mine is a personal protest at a particular law, but it is backed by all the aspirations and ideals of the struggle for a world freed of our manifold slaveries and tyrannies.