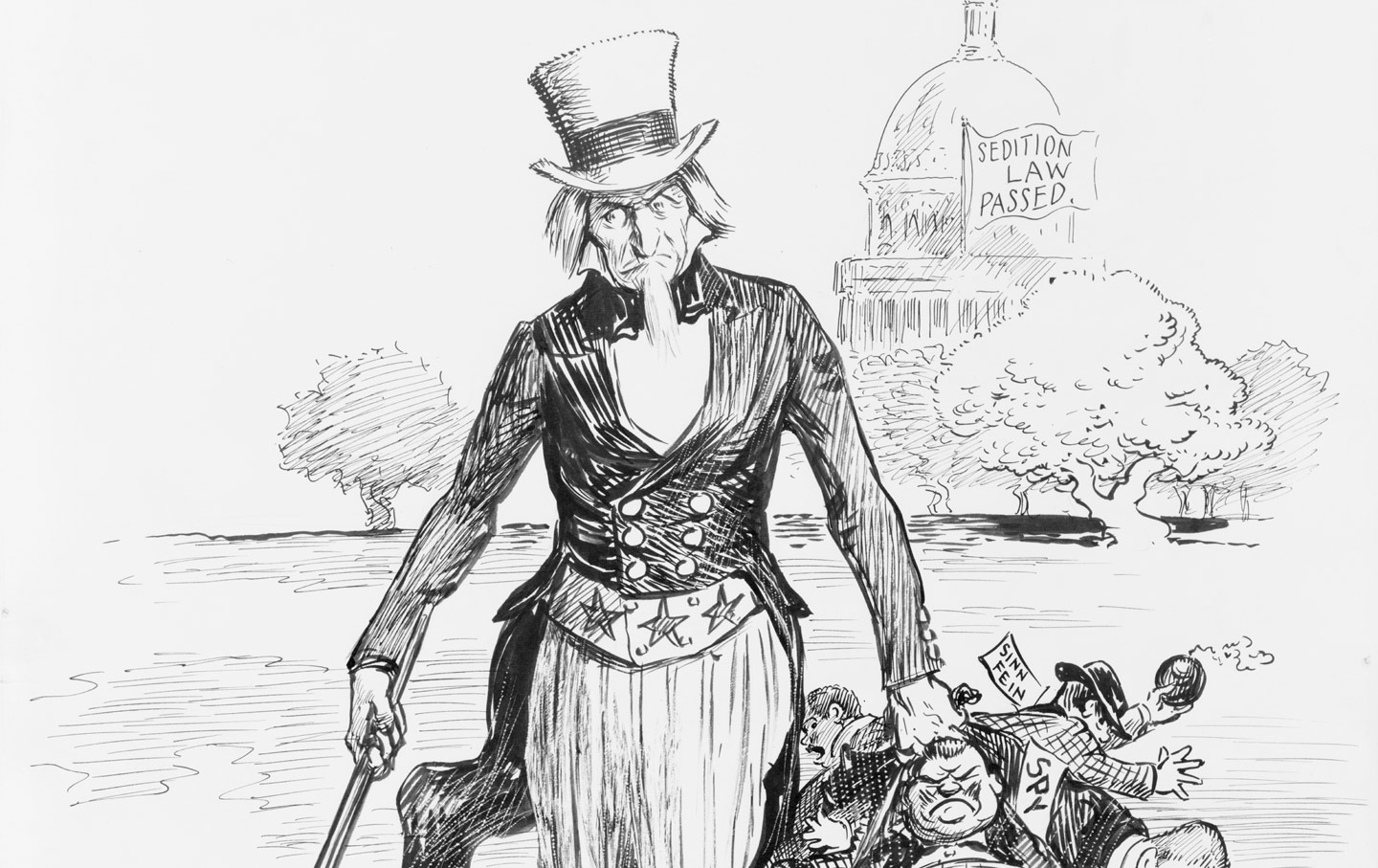 “Now for a round-up by W.A. Rogers,” a cartoon depicting recently passed laws, including the 1918 Sedition Act. (Library of Congress)

The Nation’s objections to the Sedition Act, as expressed in this editorial, “Sedition Laws and Juries,” were more mild than one might have thought, but that is explained by the fact that the magazine was still in the process of transitioning into its role as a leading advocate for civil liberties just after World War I. Oswald Garrison Villard’s assumption of the editorship a few months later in 1918 was the impetus of a fundamental shift in the magazine’s politics and priorities. The Sedition Act, passed on this day 97 years ago, did great harm to the American radicalism that seemed to be escalating before American entry to the war.

If the purpose of piling up sedition laws is to create a public atmosphere in which juries shall find it more difficult to live up to their judgment and conscience, such laws are vicious. Otherwise they are hardly necessary. We know that the mind of the country is such to-day that disloyalty proved in court will be punished. But it may be asked, what harm is done by a bit of superfluous legislation? Well, there is very real harm to the extent that this practice encourages the national vice of believing that the whole duty of civilized government is in putting laws on the statute books. A vast enthusiasm for new laws and a vast indifference after their enactment is very much the American [way] of it. But even then what harm? No harm perhaps in peace times when laws are passed amidst acclaim and forgotten. Great harm when, in war time, laws cannot be passed without arousing fears and irritations and to no clear purpose.