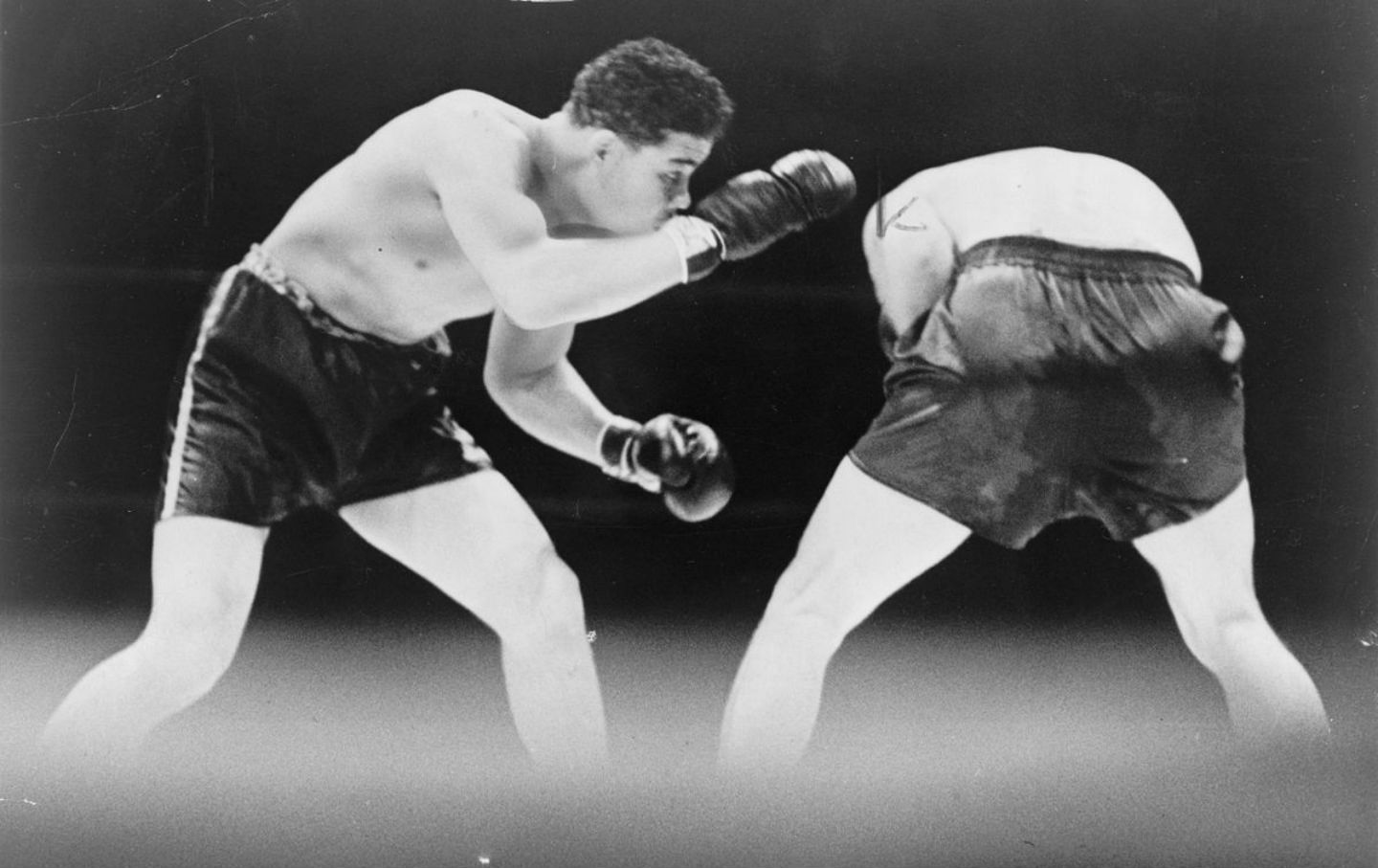 Joe Louis, left, in his historic fight with German boxer Max Schmeling in 1936 (Library of Congress)

On this day 105 years the great Nazi-demolishing prizefighter Joe Louis was born. In a 1935 article for The Nation, the novelist James Farrell, author of the Studs Lonigan trilogy, wrote about the fight between Joe Louis and Max Schmeling, which attracted widespread interest as a supposed dramatization of the battle between democracy and fascism. Though in the first meeting Schmeling defeated Louis in twelve rounds (which “fall” was the subject of Farrell’s Nation essay), when they next met Louis knocked Schmeling out in less than three minutes. Both fights took place in Yankee Stadium. While Louis was perhaps the first African-American to achieve the status of an American hero, the popular press of the day typically characterized him in heavily racialized terms—a tendency in which even the sympathetic leftist Farrell indulged.

Dressed in a loud gray suit, with a straw hat askew on his enormous head, Joe Louis sat bowed. The son of exploited Alabama cotton pickers, he had in two years earned around a million dollars in his so-called “meteoric” rise in the prize ring; he had just earned well over one hundred thousand dollars. Now he sat like a sickened animal. He is a large Negro boy with blown-out cheeks, fat lips, and an overdeveloped neck. His face was puffed and sore. He dabbed his eyes with a handkerchief, revealing bruised knuckles. His trainer bent down and whispered to him, calling him Chappie. A second massaged his neck. He sat dazed, stupefied from punishment. Again he dabbed his eyes. A Negro boxer who had won a preliminary bout on a technical knockout dressed in an outer room, explained how he had gone into the fight to win; he entered Louis’s quarters, talked condolingly with him, departed. Photographers stood on chairs, awaiting Louis’s exit, begging for just one picture. Loud cheers echoing from outside heralded Schmeling’s departure. Louis sat, still punch drunk. He went out like a drunken man, surrounded by cops and members of his retinue, his face hidden behind a straw hat and the collar of his gray topcoat. Unsupported, he would have fallen. The helpless giant was pushed into a taxicab and hustled away while a crowd fought with the police to obtain a glance at him.