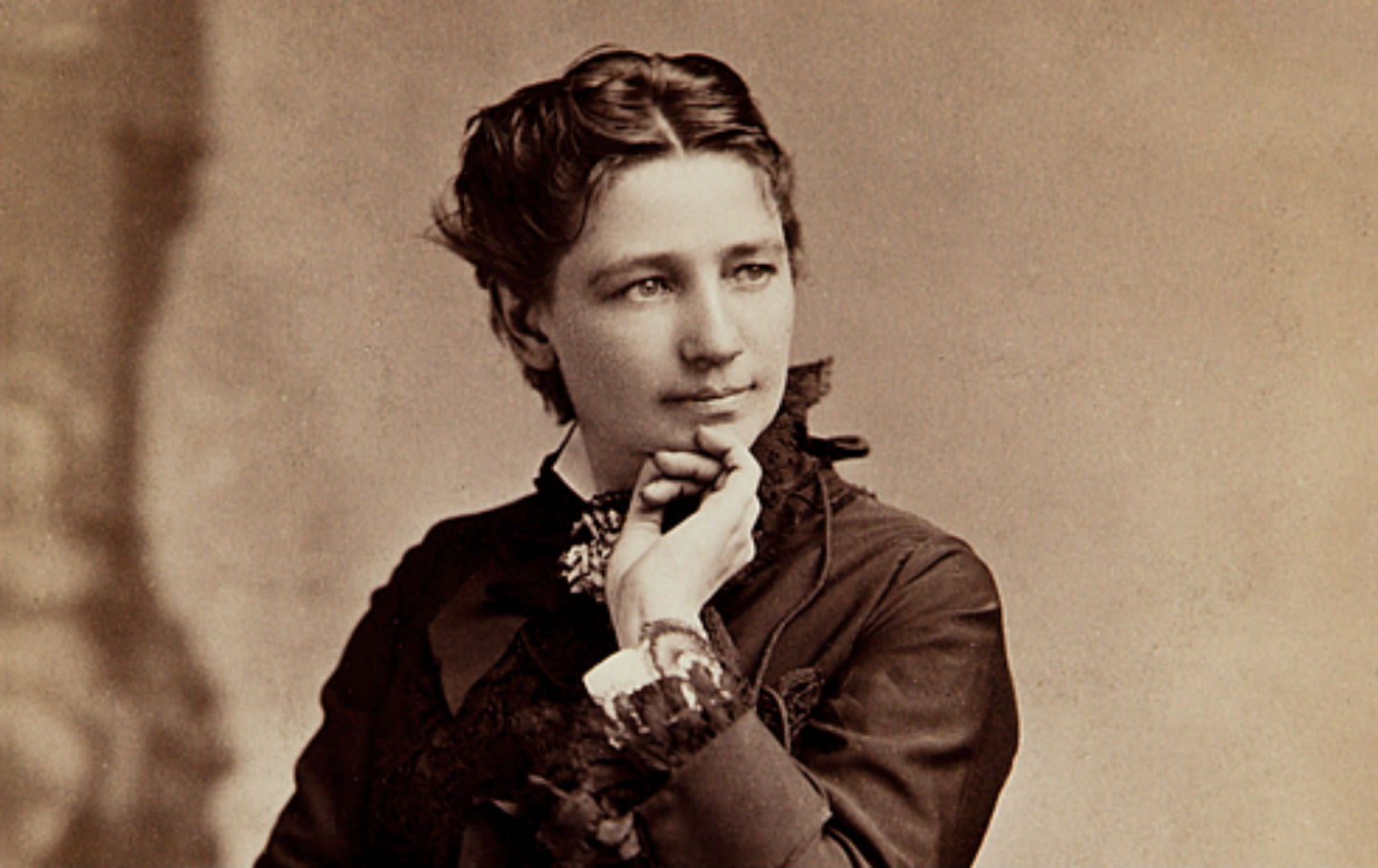 A prominent and controversial newspaper editor and promoter of free love, Woodhull was nominated for president by the newly formed Equal Rights Party (even though, as a Nation reader recently pointed out to us, she was not yet 35 years old, the minimum age designated by the Constitution one must have attained to hold the office). She was arrested on obscenity charges shortly before Election Day and received no electoral votes. In 1871, Woodhull’s weekly paper became the first in America to publish an English translation of The Communist Manifesto. The following year, when she, along with all other American members, were expelled from the First International, Karl Marx himself derided Woodhull as “a banker’s woman, free-lover, and general humbug.” In February of 1871, The Nation commented on her plan to get women’s right to suffrage recognized through a creative application of the Fourteenth Amendment.

The New Idea which Miss Victoria C. Woodhull brought to the aid of the Woman’s Suffrage movement, by petitioning Congress to pass a declaratory act affirming the right of women to vote everywhere under the Fourteenth Amendment, has been crushed by a majority report from the Judiciary Committee of the House, presented and, we presume, drawn by the heartless [John] Bingham, of Ohio…. According to [his] cold view, therefore, women must look for the suffrage to the action of the people of each State. The question will probably suggest itself to many, how long are our constitutions and laws to be interpreted by man-made, cast-iron rules of construction, in which no play whatever is allowed to the warm impulses, the passionate longings, the delicate fancies, the flashing intuitions, which the Feminine Half of Humanity alone can supply?