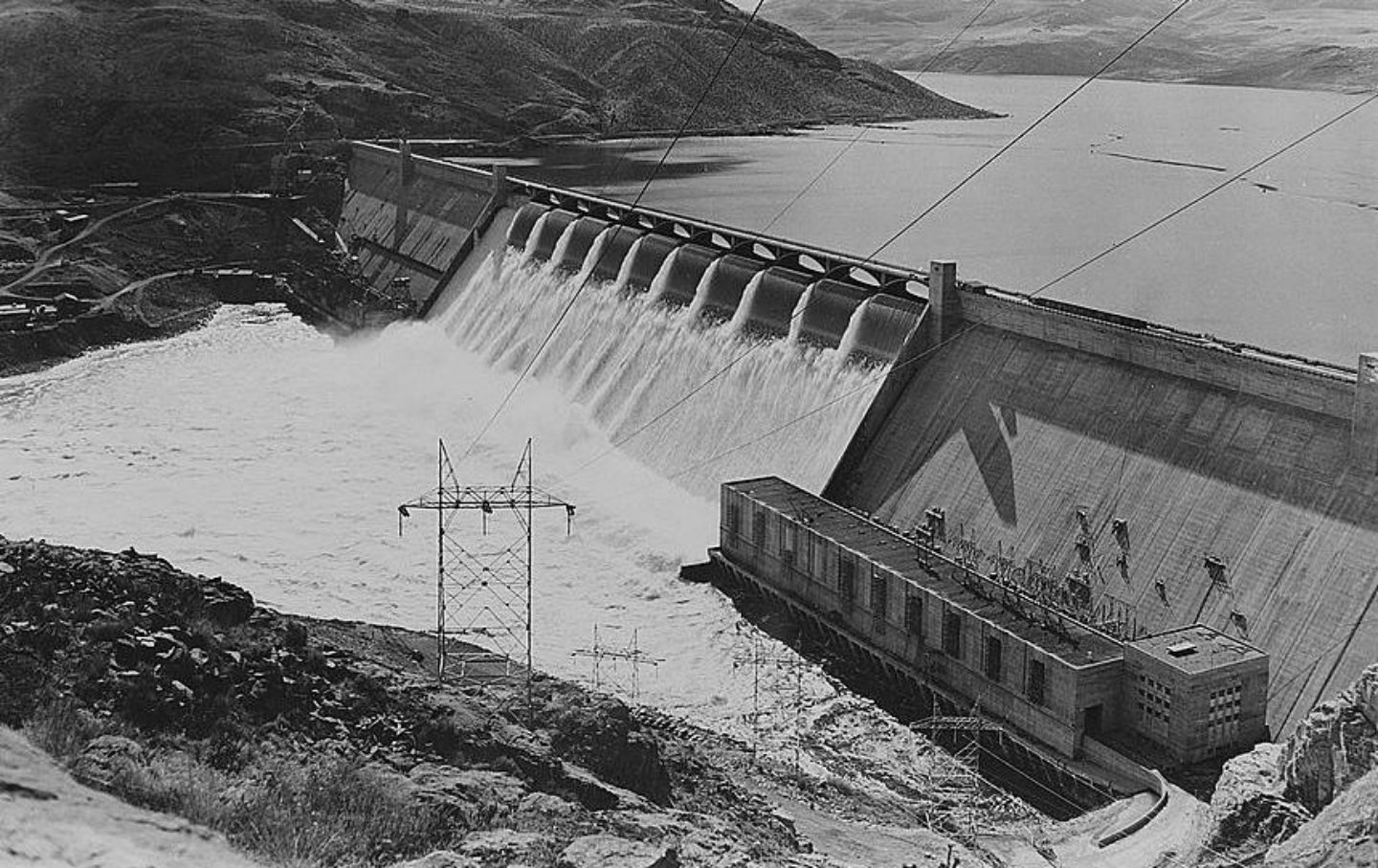 The Grand Coulee Dam in Washington State as pictured in 1941, after completion (Wikimedia Commons/Library of Congress)

Thanks in large part to Woody Guthrie, the Grand Coulee Dam is thought of by many on the left as the epitome of smart, progressive economic planning—a physical monument to the accomplishments of the New Deal. But like so much we cover on The Almanac, the story was a lot more complicated at the time. In The Nation in 1935, James Rorty—father of the philosopher Richard Rorty, and a frequent Nation correspondent—wrote an article critical of the Grand Coulee project, which opened on this day in 1941.

Grand Coulee is magnificent. One readily admits the grandiose conceptual beauty of the project, its demonstrated engineering feasibility, and the rich yield of cheap power and fertile irrigated land which its completion will add to our national resources. But don’t call it planning. That dream is for some undetermined future. The present dream is something different. It is the older American dream of unearned increment, the dream that swept across the continent during the long century of westward expansion, slaughtering the forests, raping our resources of coal, oil, and water power, building railroads and boom towns, piling interest and rent burdens on farmers and townspeople alike—in short, the dream of selfish conquest and aggrandizement, not the dream of planning.