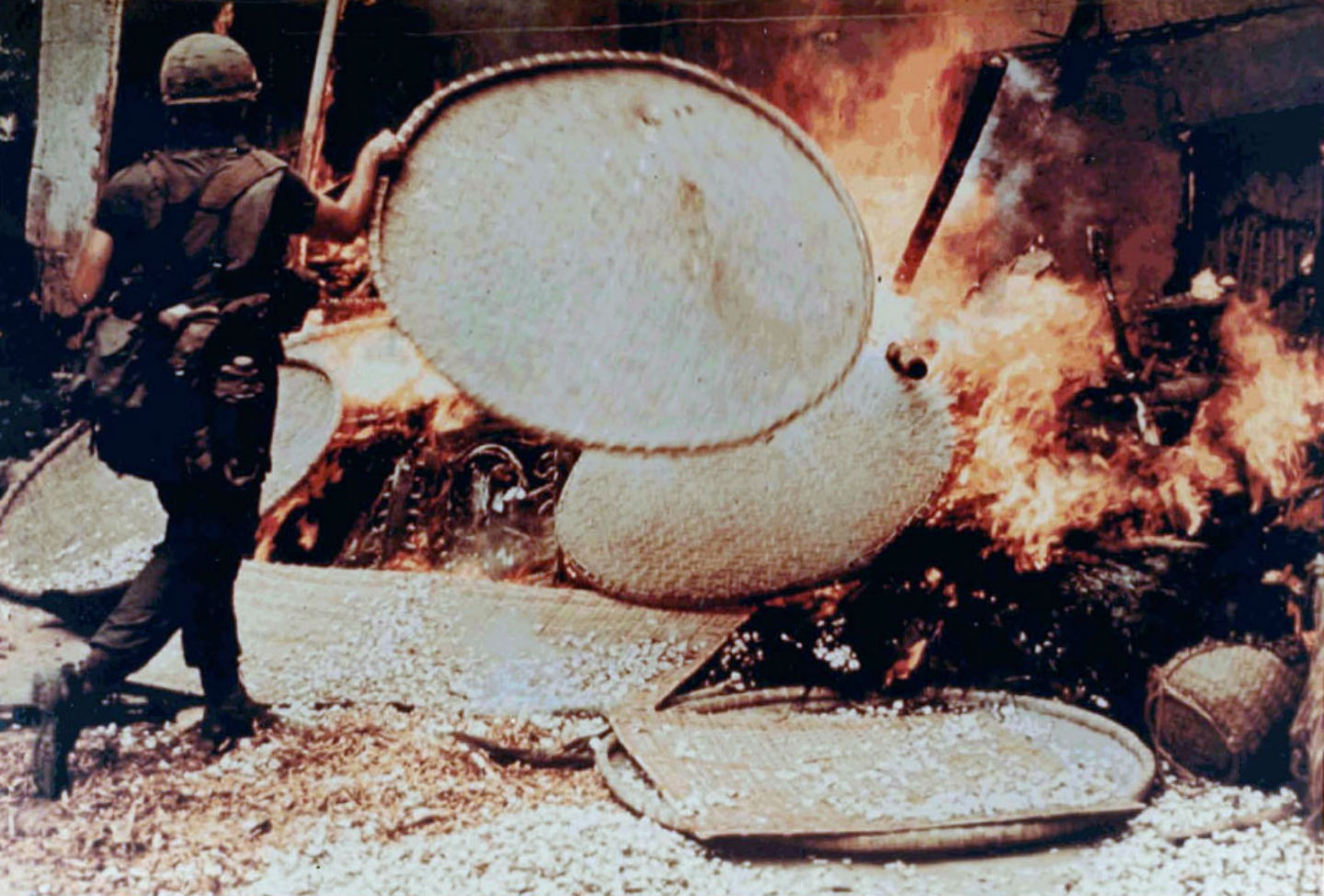 PFC Capezza shown setting a fire during the My Lai massacre, in which between 300 and 500 Vietnamese civilians were killed. Photo by Ronald Haberle/Wikimedia Commons.

In one of the most shocking of the many American massacres in Vietnam—yet one by no means exceptional in the context of that horrific war, as Nick Turse’s work has shown—hundreds of unarmed civilians were slaughtered in the hamlet of My Lai on this day forty-seven years ago. News of the attack was slow to come to light, but by January of 1970 Richard Falk (now a member of The Nation’s editorial board) was writing about the attack, in an essay titled “The Circle of Responsibility.”

The dramatic disclosure of the Song My massacre has aroused public concern over the commission of war crimes in Vietnam by American military personnel. Such a concern, while certainly appropriate, is insufficient if limited to inquiry and prosecution of the individual servicemen who participated in the monstrous events that may have taken the lives of more than 500 civilians in the My Lai No. 4 hamlet of Song My village on March 16, 1968. Song My stands out as a landmark atrocity in the history of warfare, and its occurrence is a moral challenge to the entire American society….

Given the perils and horrors of the contemporary world, it is time that individuals everywhere called their governments to account for indulging or ignoring the daily evidences of barbarism. We are destroying ourselves by destroying the environment that permits life to flourish, and we are destroying our polity by destroying the values of decency that might allow men eventually to live together in dignity. The obsolete pretensions of sovereign prerogative and military necessity had better be challenged soon if life on earth is to survive.