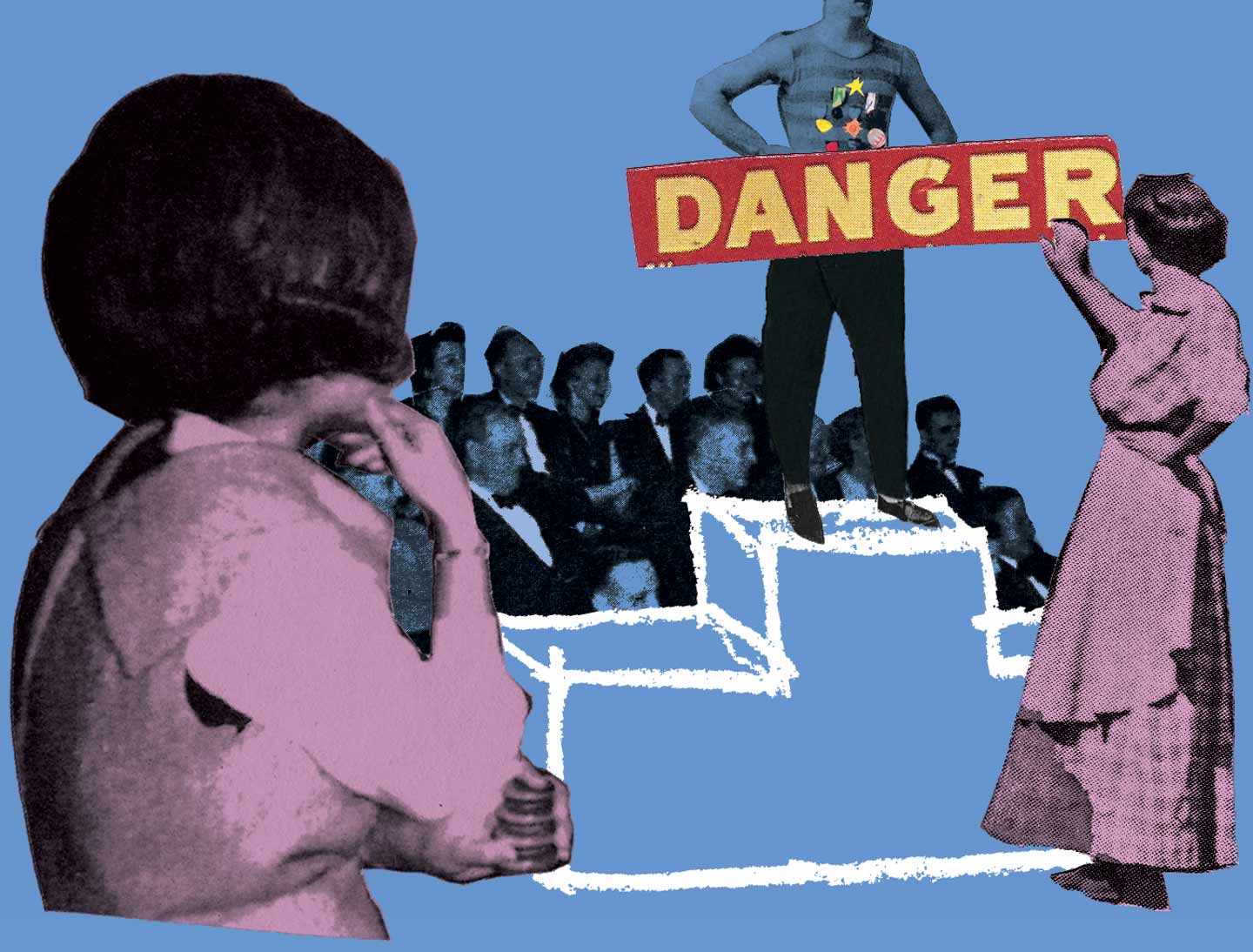 I have a friend, J., who was raped many years ago by a respected man in the arts. She never reported him, because she was young and, being in the same field as this much older and professionally powerful man, she thought doing so would ruin her career and her life. She’s worked hard to recover and is still in therapy, yet it is something that has affected her in all of her intimate interactions. Recently, another friend in the same field (who doesn’t know about J.’s experience) told me that a young colleague had confided that this same man had raped her, too. I’m furious, but also concerned about all the young women in this man’s sphere of influence.

I know I can’t bring charges against someone who didn’t harm me personally, and I do not want to retraumatize his victims, especially J. But I am certain this man will rape again unless he is put behind bars. Since launching a criminal investigation is not an option, it seems that investigative journalism may be able to help. Seeing that this has turned out to be an open secret, I have no doubt that the right prodding would reveal the truth, and perhaps inspire other victims (I have no doubt there are many) to come forward. Would it be wrong of me to send an anonymous tip to a publication? I wouldn’t name J. or anyone else I know in the tip. I just want to do the right thing and get this man away from potential victims. That said, I do know that J. would suffer somewhat if a story were to come out about this man and his actions. It would surely stir up a lot of trauma and grief. So I honestly don’t know the right thing to do.

Why This N.Y. Socialist Is Running on Climate

While your intentions are good, you are right to be concerned about how your intervention might affect your friend. Many women have been retraumatized simply by having #MeToo in the news, as events like the Brett Kavanaugh hearings bring up experiences they have worked hard to move beyond. To have her rapist become the subject of public discussion, and perhaps even to be called upon to talk about her trauma, could disrupt J.’s life in profound and unwelcome ways. And, most saliently, that’s an experience she hasn’t sought out.

In the end, Tipster, the story isn’t yours to tell. Only the women who have been raped by this man can usefully or ethically make these experiences public. Indeed, their testimony is the only way to get at the truth. (I would not, by the way, assume that a criminal investigation is “not an option.” After all, if your hope is that the rapist ends up in prison, media alone won’t get him there. But you’re right that it’s not your place to trigger one; that, too, is up to the victims.) You can tell J. what you recently heard about the rape of this second young woman; you can encourage her to contact a news outlet or write an open letter; and you can offer her support in speaking out and (gently) suggest that it might do some good. She may decide that she wants to come forward: In recent years, some women have found it powerful and life-changing to tell the truth about sexual violence, even if the incidents occurred long ago. But if J. wants to keep this trauma private, you must respect her wishes.

Dear Liza,
I’m a millennial with student loans, advanced degrees in fields that pay only poverty wages, and little hope for the middle-class existence that my parents cobbled together. Most of the time, my monthly subway card (when I can afford it) is one of the most valuable things I own. I recently got engaged, and my mother reminded me of a nice ring of my grandmother’s that I could wear as the engagement ring. It’s very beautiful, and also unusual: My great-grandfather, an inventor, designed it, and the inner stones rotate! From what I understand, its resale value wouldn’t even pay a month’s rent. But it’s sparkly, and I worry that wearing it will make me look like a tone-deaf rich bitch in a world where lots of people (including me!) are struggling to get by. On the other hand, since it does have a fair amount of sentimental value, what’s the point of letting it sit in a box? Tell me, Liza: to bling or not to bling?

To bling, for sure! Don’t let capitalism, while stressing you out about your own survival, also make you feel bad about the few nice things you have.

I once had a dilemma somewhat like yours: My grandmother died and left me her fur coats. The coats were warm, and I loved my grandmother. But this was in the 1990s, and PETA activists had succeeded in inextricably associating fur with cruelty (unfair in the case of inherited fur, since the animals in question would be long dead anyway). Fur, like diamonds, has always attracted an unthinking and low-key misogynist class rage, which is probably why PETA targeted it in the first place. It’s always easier to hate on women’s conspicuous consumption than to, say, expropriate the unseemly wealth of private-equity parasites. But though I didn’t feel that I deserved either class hostility or an animal-rights rebuke, I donated the coats. This isn’t my biggest youthful regret, by any means, but I do think it was the wrong move.

Your ring sounds like a blast to wear, and engagement is a time for celebration, not austerity and guilt. Plus a ring from your grandmother’s time, to people who notice these things, looks markedly different from one that a hedge-fund show-off would buy his affianced today. You’re in love and making big life changes. The one-of-a-kind antique ring—with its connection to ancestral innovation and past family romance—honors the significance of your situation with sparkle.