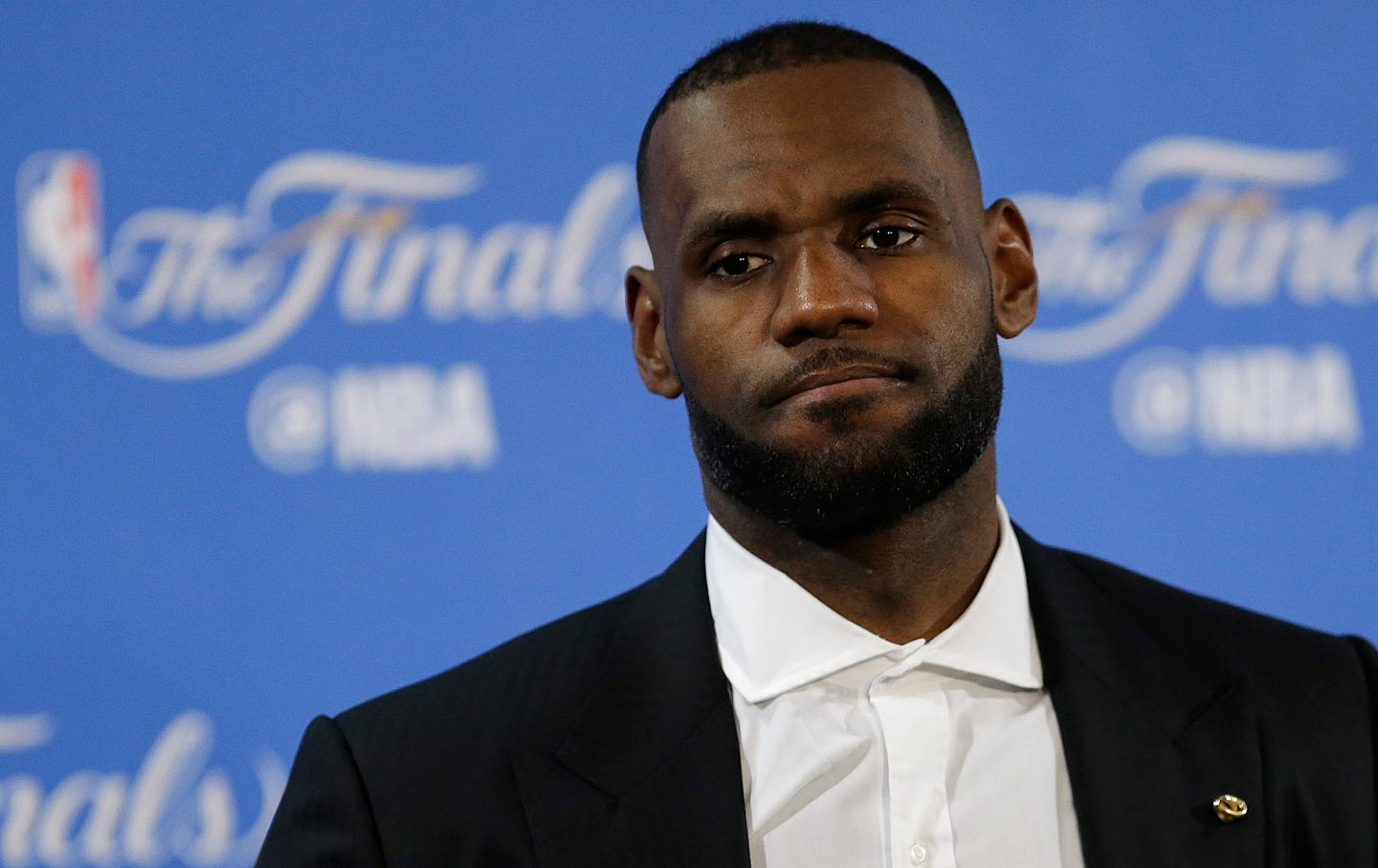 This past week, LeBron James opened a school for 245 at-risk kids in his hometown of Akron, Ohio. He went on a media tour to articulate his hopes for the altruistic venture. He received praise from all political corners, with one exception. On Friday, the president of the United States tweeted: “Lebron James was just interviewed by the dumbest man on television, Don Lemon. He made Lebron look smart, which isn’t easy to do. I like Mike!”

This tweet has already been picked over to death, and the main conclusion is that, yet again, we see baldly that the POTUS is a racist. He’s a racist the way an ice machine makes ice. It’s not a surprise or an add-on, or something he whips out with his tiny hands whenever he feels that he needs a distraction from Bob Mueller and the Russia probe. It just is. It’s a feature, central to the package. He sees black men talking on CNN—that network he supposedly doesn’t watch—and goes after their intelligence, the same way he attacks “low IQ” Maxine Waters.

The delicious part of this is that Trump had every reason to say something about the Lemon-LeBron interview. During their conversation LeBron definitely threw an elbow at the orange smear in the White House, saying that he wouldn’t sit across from Donald Trump, if asked. He also made the point that Trump has fanned the flames of racism, and emboldened racists saying, “The president in charge now has given people, they don’t care now—they throw it in your face now.”

Trump could have responded to that in myriad ways. One approach might have been, heaven forfend, some self-reflection about why there are people this weekend in the streets of Portland and Berkeley, wearing Trump hats and marching alongside those with swastikas. But all an ice machine does is make ice, so Trump basically said, “How dare you call me a racist, you dumb black people?” His skin is so thin, if you cut him open his blood type would be Tang: pure orange from the inside and out.

His response coming so soon after LeBron opened his I Promise schools and in the shadow of his own barbaric, racist immigration family-separation policies led to the most common refrain across social media: “LeBron puts children through school. Trump puts children in cages.”

But that wasn’t all. Trump was so repellent, he inspired a torrent of NBA athletes to rise up from their off season and defend LeBron. There are too many to pick through, but my favorite was All-Star center Karl Anthony-Towns, who said, “So let me get this straight: Flint, MI has dirty water still, but you worried about an interview about a man doing good for education and generations of kids in his hometown? Shut your damn mouth! Stop using them twitter fingers and get stuff done for our country with that pen.”

Trump’s venom even roused Michael Jordan from his Rip Van Winkle political slumber, to say the tepid but better than nothing, “I support LJ. He’s doing an amazing job for his community.” It wasn’t exactly the Sermon on the Mount, but any support from MJ is like getting a cup of water in the desert. You don’t ask questions and are surprised enough to have a drink.

Hell, even Melania released a statement in support of LeBron and asked about visiting the school. The real proof that this was a fight that Trump had no business starting and no conceivable way of winning was that Trump had one of his not-at-all-racist MAGA rallies in LeBron’s backyard of Ohio the following night. President Ice Machine catalogued his usual list of grievances, but the name he did not mention was LeBron James. What a profile in cowardice. No one is sure when Trump is going to get tired of so much winning, but hopefully mighty soon.

The best response to all of this, not surprisingly, came from LeBron himself, who merely put out a tweet about his iPromise schools, with the inspirational message, “Let’s get it kids!! Love you guys.” It was his way of saying what far too many have learned over the last 18 months: When you roll around with a pig, everyone gets dirty, but the pig wins because they don’t know the difference.