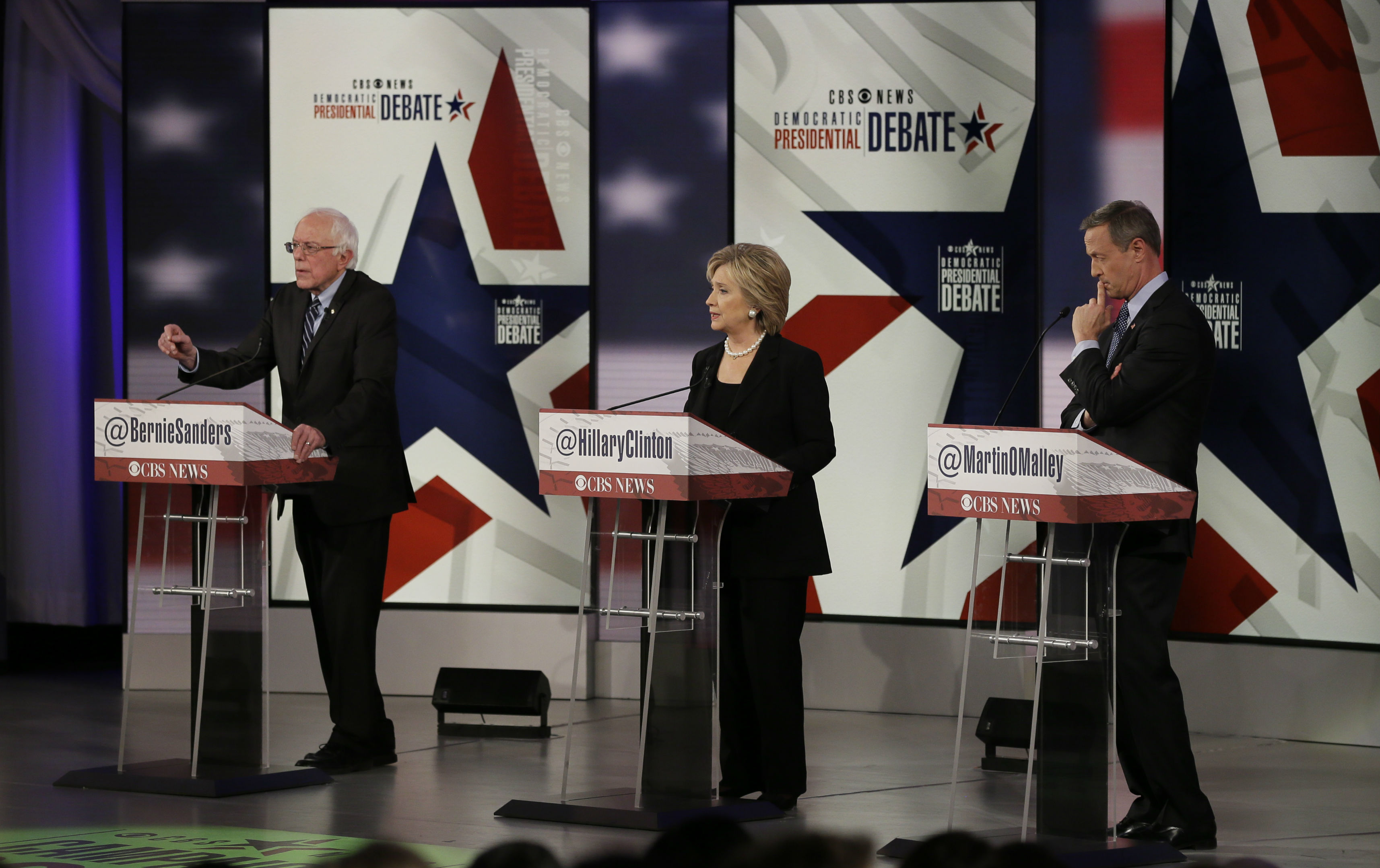 Des Moines—The first thing to say about Saturday’s Democratic debate is that it took place on a different planet than Tuesday’s Republican debate. This planet—let’s call it “Earth”—is not just a dangerous place, it’s a complicated one, where America’s military might doesn’t always determine the outcome of events.

It’s a planet where threat of climate change is uncontroversial. As is the need for comprehensive immigration reform, including a path to citizenship for those immigrants already here. And while the difference between $12 and $15 an hour is not trivial—especially for those trying to living on it—the Democrats were unanimous: American workers need a raise. The contrast with the Republicans, who continue to be led by Donald Trump on this as on so many issues, couldn’t have been sharper.

And though this debate, much more than its predecessors, was really a television event—the traveling press, which filled three huge rooms in Las Vegas, stayed away in droves, leaving the cavernous filing room over half empty—even the commercials reflected the class struggle that has fueled so much of this campaign: two Walmart ads fighting with two spots for the United Food and Commercial Workers featuring former Walmart employees.

But with the gruesome images of slaughter in Paris still dominating the media, it was also inevitable that this debate would be different. Foreign policy—specifically the danger posed by ISIS—was suddenly center stage, giving Hillary Clinton a home-field advantage the former secretary of state exploited fully. Bernie Sanders tried to make the (perfectly plausible) argument that America’s invasion of Iraq—which he opposed and Clinton supported—planted the seeds for the current chaos. And his invocation of the US role in installing the Shah in Iran in 1954 and deposing Allende in Chile was a reminder that it isn’t just economic policy that divides liberals from radicals. But Sanders was simply not focused enough, or ruthless enough, to drive home the point.

Which is not something you could say about Hillary Clinton. Though there was a breathtaking cynicism in the way Clinton took a question about Wall Street’s influence on her and turned it into a trifecta of righteousness—not only claiming that her efforts on behalf of finance capital were really part of the fightback against 9/11, and suggesting that any suggestion to the contrary was anti–New York and pro-terrorist, but also using her high proportion of female donors to deflect any further question about what her corporate funders think they’re buying—there was also something almost beautiful about the sheer chutzpah of the move.  It was one of several moments in the debate when Clinton seemed to be navigating in 3D while her opponents remained trapped in Flatland.

It was left to Andy Grewal, a law professor in Iowa City, to tweet a reality check that briefly called Clinton to account—further proof, if it were needed, that this is not your father’s media universe anymore. (Though for a supposed lamestream dinosaur it also ought to be said that CBS, and in particular moderator John Dickerson, showed that adults having an intelligent political disagreement can make for tremendously compelling television.)

There were also defining moments for each candidate:  Sanders’s admission that he’s “not that much of a socialist” compared to Dwight D. Eisenhower. Clinton’s deft tutorial on the long history of terrorist attacks against Americans. Martin O’Malley’s stirring response on refugees and immigration. And some unscripted, and possibly revealing ones, too: Clinton’s unadorned admission that, despite her high hopes for healthcare reform under her husband, “the revolution never came.” Sanders’s blunt declaration that “the business model of Wall Street is fraud.”

Finally, though, the message of the second debate is that Democrats really do have choices that have everything to do with real differences—in temperament, in personality, but mainly in politics.  The debates, and the arguments, will continue.  And in a few months, starting right here in Iowa, the voters will have their say.