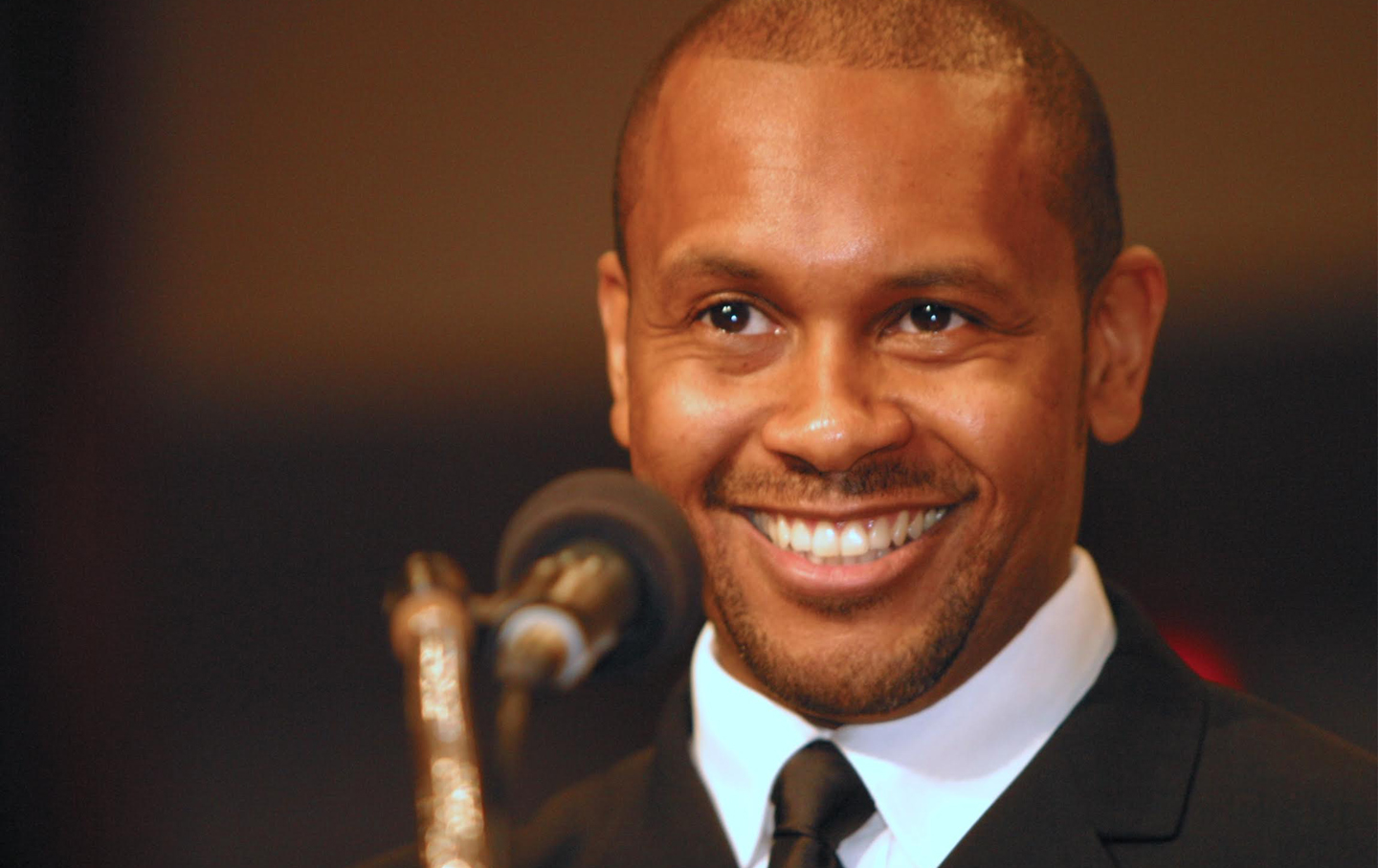 My 11-year-old daughter is a prodigious fiction reader and a good book will make her cry. Countless times, I’ve looked over and seen her face reddening accompanied by an incongruous joyous smile, as tears hang from her eyelashes until falling on the page. Before this past month, I wouldn’t have been able to tell you the last time a book made me tearful. I can now. I cried reading the new memoir The Education of Kevin Powell, written by the best-selling author and journalist. I cried so much, you’d think I dropped the book in the damn bathtub. Powell, who is perhaps best known as an original “cast-mate” from MTV’s The Real World Season One, or in the 1990s as Vibe’s chronicler of Death Row Records, Tupac Shakur, and Biggie Smalls, has written a devastating memoir. It’s tangentially about a man’s life, but at its core, this is a book that explores poverty, pain, and the redemptive power of the written word.

To understand The Education of Kevin Powell, start with the title. Powell is conversant in both hip-hop and academic texts, and the name is a reference to three classics that touch both of those worlds: the 1933 book by Dr. Carter G. Woodson’s The Miseducation of the Negro, and the 1998 genius album The Miseducation of Lauryn Hill. The change from “miseducation” to “education” speaks to the running thread throughout Powell’s hard-knock life story. Whether navigating the byzantine public school system in Jersey City as a child, or trying to teach himself about black history as a scholarship student at Rutgers (which calls to mind another memoir, 1972’s The Education of Sonny Carson), or learning from feminist thinkers about how to conquer his own destructive anger towards women, Kevin Powell has been guided through a perilous life by the wisdom to be found in books. The greatest obstacle to this innate quest was the poverty of his youth, and Powell speaks of this physical poverty so viscerally, you understand why he writes that nightmares of rats and cockroaches haunt him to this day.

I did not know what I was and I did not know who we were. We were just there. In this place called “the ghetto” where I felt trapped forever. And my child mind I began to call the ghetto a concrete box. We lived in, and we’re trapped in, a concrete box. There was no escaping this. This was as good as it would ever get. I was born here. I would live here. I would die here. It would only be a matter of time.

He also speaks about the emotional poverty of being raised by a single mother whose fierce and fearful love was often expressed through physical abuse.

Powell’s mother gets more attention than MTV or The Real World and you leave grateful to Powell for that choice. She emerges as a figure both damaged and heroic: a woman with an eighth-grade education who came to Jersey City with her sisters from rural South Carolina to try to make a life. When Powell’s father abandoned them, she fought tenaciously to make sure that there could be a path out of poverty forged by education—while holding deep doubts about the probability of those dreams’ being realized. She embodied for me something I once heard from New York City education-activist Brian Jones, who said, “Despite the ugly slander said by bigots that black families don’t care about education, I would argue that no other group of Americans have fought so persistently and so long for access to high quality schooling. For several hundred years, Americans of African descent, more than anyone else, have equated education with liberation.” This is Powell’s mother. She’s not a reader or a writer. But she fought to make sure that her son would learn those skills in as safe an environment as possible.

I left the book grateful that Powell made the choice to keep the reader in Jersey City for as long as he did. Whether it is a description of rats, his mother’s low-wage factory work, the specter of violence on every corner, or even the ways to grill government cheese, The Education of Kevin Powell is a book where you feel his hunger, whether for food, knowledge, or the sweet squeeze from his mother that would not be coming.

By articulating this despair, Kevin Powell has done a social good. The great journalist Barbera Ehrenreich wrote recently that the pauperization of grassroots journalism now means only the privileged can afford to write about poverty anymore. This makes coverage of poor people’s lives either invisible or skewed beyond recognition. Whether you or not you have experienced the sting of destitution, you will put this section of the book down with a wince.

The above just marks the memoir’s first half. The second covers Kevin Powell going to Rutgers on scholarship, being on the ground floor of the great wave of hip-hop activism in the late 1980s, getting tapped for MTV’s The Real World, and becoming a journalist who profiled everyone from Audre Lorde to Tupac Shakur. But The Education of Kevin Powell is about as far from a Horatio Alger story that one could imagine. This section is less Up From Poverty than it is about the ways in which oppression–economic and racial in Powell’s case–can leave wounds that never heal.

In the book’s second half, the chapters that outline the often forgotten history of hip-hop activism in the late 1980s are revelatory. But the section that leaves a mark is when Powell discusses his successful, but painfully public efforts to cure himself of his own, at times violent, misogyny. Powell was grappling with intersectional issues before it had a name in popular culture, writing publicly in Essence in 1992, an article called “The Sexist in Me,” and he has never stopped standing for gender justice and equality, never speaking to crowds without trying to link race, gender, and LGBT issues.

Today, Powell is taking this intersectional lens and applying it to the task of writing a massive biography of the complicated politics of Tupac Shakur, whom he knew and interviewed on numerous occasions. He is also building a Brooklyn community nonprofit organization called BK Nation that aims to help people decode the impenetrable city bureaucracies and attain social services. Basically, BK Nation is there to do for people what his mother did for him: set them up for success in a system designed to produce failure. This work clearly comes across as therapeutic for Powell, yet there are no happy endings in The Education of Kevin Powell. In contrast, it feels at times like he is making himself do a kind of penance. At the book’s end, Powell writes:

One hopes when closing the book, that Powell has found the capacity to forgive himself.