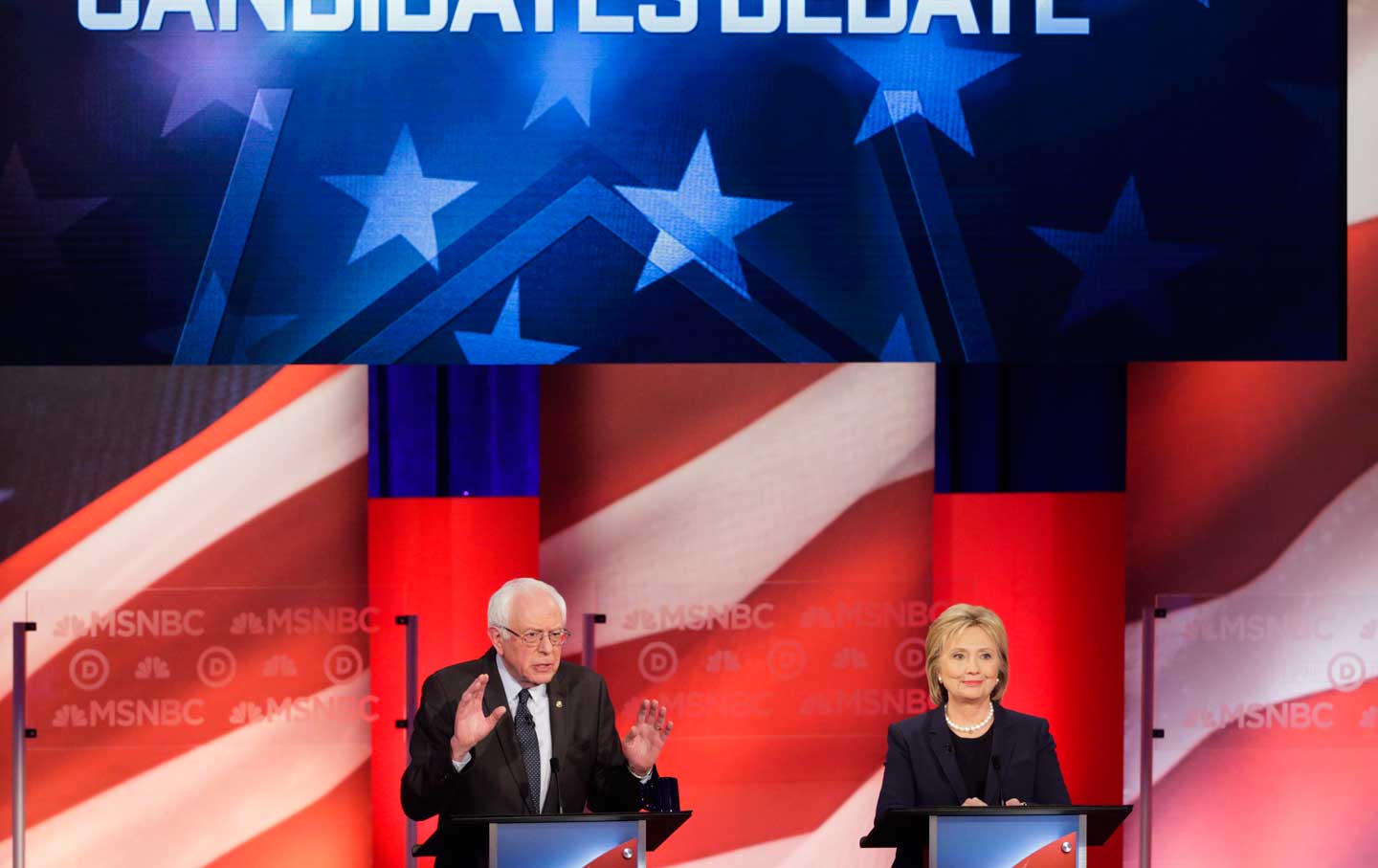 Can voting be a radical act? For Bernie Sanders supporters, the answer is yes. After decades of being told that socialism is unthinkable, single-payer healthcare impossible, and corporate domination inevitable, here is a candidate who has not only dared to shout “Enough is enough!” but who drew yuuuge crowds, raised millions of dollars from small donors, and actually started winning primaries. From New Hampshire to Minnesota, from Colorado to Michigan, the Sanders campaign stunned pollsters, defied expectations, and lifted the hopes of millions of voters.

Then came Illinois and Ohio, and suddenly his path to the Democratic Party’s nomination, always narrow, began to look whisker-thin. Illinois, where his campaign hoped to profit from dissatisfaction with Chicago Mayor Rahm Emanuel, a longtime Clinton ally, instead saw urban voters splitting their tickets: They punished Cook County prosecutor Anita Alvarez for her handling of the fatal police shooting of Laquan McDonald (her challenger, Kim Foxx, won by a margin of two to one), while giving Clinton a comfortable eight-point victory. In Ohio, helped by an early endorsement from Senator Sherrod Brown, Clinton took every big city on her way to a convincing 14-point win.

Yet to those who say the race for the nomination is over and demand that Democrats now unite behind Hillary Clinton, we again say: Not so fast!

Not only because states like Wisconsin, Oregon, and New Jersey—not to mention New York, Pennsylvania, and California—will be crucial to Democratic hopes in the fall. Or because the primary calendar, which sent Sanders on a brutal tour through the South, now tilts in his favor. (Try telling the 17,000 people who recently turned up to hear him speak in Seattle that the campaign is over.) But because the challenge posed by Sanders and his supporters will never be met by a Democratic Party reliant on Wall Street for funding and K Street for policy.

Clinton has always been the candidate favored by the party establishment. And unlike 2008, when the powerful Chicago faction broke for Obama, a favorite son, this time the establishment remains unified in the face of the Sanders insurgency. This would be reason enough for Sanders to carry on his fight all the way to Philadelphia this summer, even if it really were mathematically impossible for him to win the nomination—a point we are still unlikely to reach before June. The strength of his challenge, and the enthusiasm of his supporters, have already pulled Clinton off dead center on police violence, trade policy, access to education, and making the wealthy pay their fair share of taxes.

As long as he stays in the race and remains true to his beliefs, Sanders will keep winning the argument, even if Clinton’s willingness to borrow his best ideas—and even some of his best lines—helps her to win the voters she’ll need to defeat Donald Trump in November. Turnout remains the Democrats’ Achilles’ heel: In Ohio, where Trump came in second, he still pulled more votes than either Democrat. Clinton herself seems to get this, declining to endorse the calls for Sanders to drop out. Any other course would leave Trump in sole possession of the media for the next four months.

But this doesn’t mean that calls for the campaign to “pivot” toward the general election are without merit; the risks of a Trump presidency are too great. (Speaking of The Donald, it seems odd that while his impact on the Republican Party is endlessly analyzed, almost nothing has been said about the way his likely nomination has influenced Democratic primary voters. My own guess is that the fear of Trump probably carried Clinton over the line in Illinois and Missouri.) Instead of arguing whether Clinton and her formidable campaign are better equipped to win in November than Sanders—whose rally in Salt Lake City outdrew a Trump rally there on the same day by a factor of nearly 10 to one—both Democrats need to be careful not to inflict wounds that will hurt the eventual nominee in the fall.

This is about tone as much as anything else. It’s one thing to criticize Clinton’s record or her policies, another to portray her as the incarnation of evil. It’s perfectly possible to fault Sanders on gun control or trade policy without red-baiting him—or universally dismissing his supporters as sexist “Bernie bros.”

Keeping Clinton from reverting to a neoliberal default agenda isn’t the only reason, or the most important, for Sanders to stay in the race. As he has always insisted, his aim is “a political revolution.” Winning the nomination would be nice, but it’s neither necessary nor sufficient to bring about that goal. Building a durable nationwide network of mobilized, active supporters prepared to keep fighting for universal healthcare, a living wage, and an end to Wall Street welfare and America’s endless wars—including the War on Drugs—and to occupy the Democratic Party in numbers great enough to take it back from its corporate funders is absolutely crucial. So, too, is the difficult work of stitching together various movements—Black Lives Matter, the Fight for $15, immigrant rights, climate justice, voting rights—into a coalition prepared to march together, vote together, and transform our politics and our country. Yet those are the tasks we face.

Are the odds against us? Of course. That’s what it means to live inside a rigged system. But remember where we were only a few months ago. With each primary victory, Sanders shows us our own strength. With each packed rally, we see the claim that socialism is un-American exposed as a lie, that a world where no one starves, healthcare isn’t rationed by wealth, and energy companies aren’t allowed to rape the earth for profit and leave the rest of us to take the consequences isn’t only possible but popular.

So we fight on—to July, November, and beyond. For the nomination, so long as that remains a possibility. For our country—which may in November face as stark a choice as any in our lifetimes. And for our future, which is far too precious a prize to abandon for the sake of a few thousand votes.