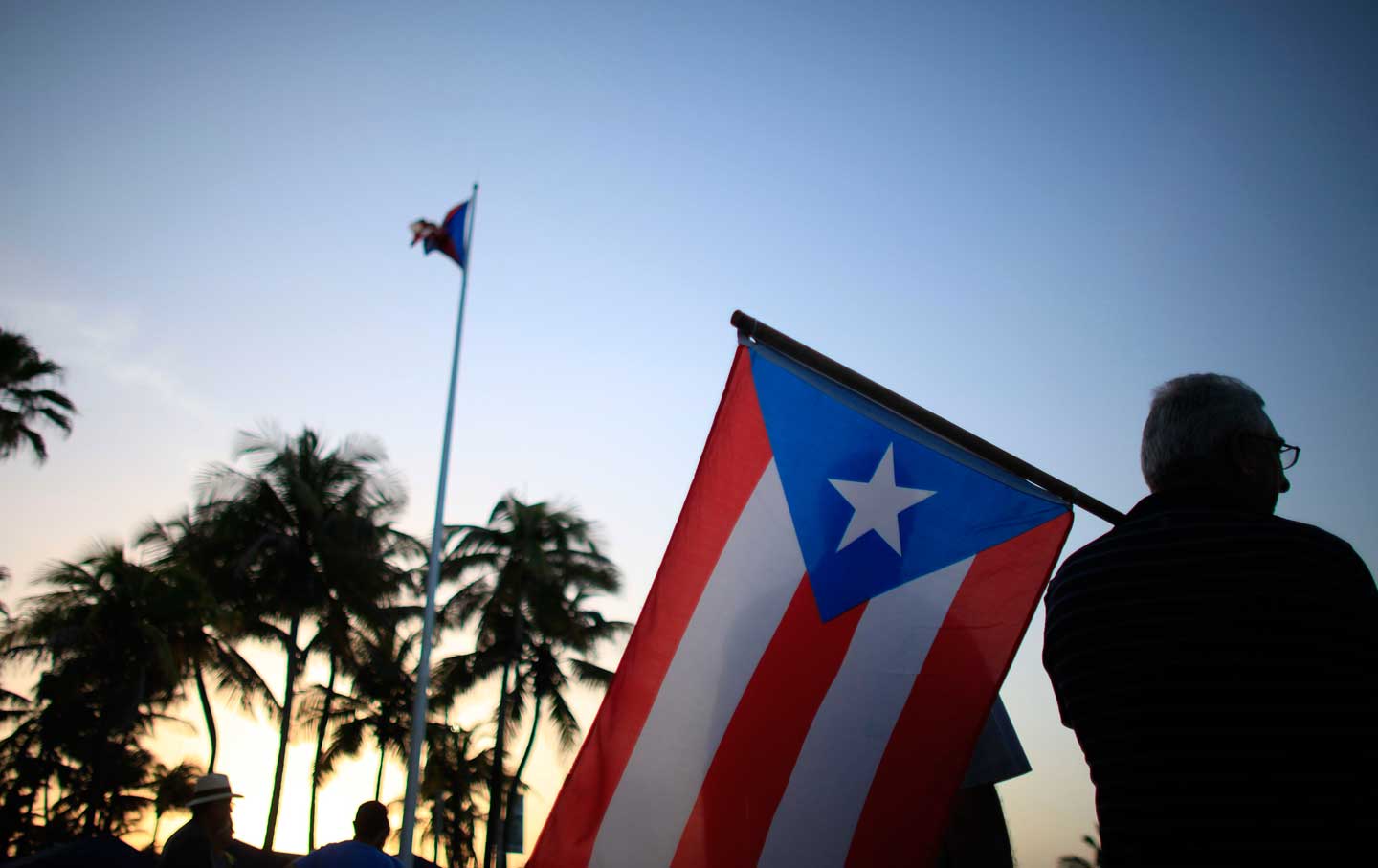 Shortly after the distribution of the Declaration of Independence, Thomas Paine began writing the series of “American Crisis” essays that inspired Americans to maintain their arduous rebellion against colonialism. “We fight not to enslave, but to set a country free, and to make room upon the earth for honest men to live in,” argued Paine in a series of pamphlets that concluded: “Our citizenship in the United States is our national character. Our citizenship in any particular state is only our local distinction. By the latter we are known at home, by the former to the world. Our great title is AMERICANS.”

Yet the United States has in the 240 years since its rebellion against taxation against representation frequently failed to realize the promise that Paine’s contemporaries made when they signed their names to a document that opened with the declaration :“We hold these truths to be self-evident, that all men are created equal, that they are endowed by their Creator with certain unalienable Rights, that among these are Life, Liberty and the pursuit of Happiness—That to secure these rights, Governments are instituted among Men, deriving their just powers from the consent of the governed…”

The disconnect between founding principles and contemporary practices has often been in evidence: in an initial acceptance of human bondage, in the brutal dislocations of Native Americans, in the denial of the franchise to women and people of color and to those who lacked the wealth to pay a poll tax, in the refusal to embrace the constitutional requirement of equal protection under the law for all Americans. There has been tremendous progress, to be sure. But the continued rejection of the demand of the people of the District of Columbia (New Columbia) for statehood offers one ongoing reminder that the promise of the founding document (that just powers would derive “from the consent of the governed”) is unrealized for millions of Americans. Another is the steadily more extreme and painfully unequal treatment of Puerto Rico.

Last week, as members of Congress rushed to finish their business before jetting off for the July 4 break, the Senate joined the House in voting for the “Puerto Rico Oversight, Management, and Economic Stability Act” or “PROMESA.” Sponsored by Congressman Sean Duffy, R-Wisconsin, with encouragement from House Speaker Paul Ryan, this assault on basic democratic and constitutional premises won the support of Republicans and most Democrats. It is now the law. But it is bad law.

“The Republicans’ solution to the Puerto Rico debt crisis is colonialism at its worst.” —Bernie Sanders

Ryan and Duffy, both proponents of crude austerity schemes that blame the victims of speculators for the harm done to communities, states and nations, refused to accept reasonable proposals for addressing a debt crisis that has hobbled Puerto Rico. The debt crisis is real, as have been the crises faced by many American communities and states. A long and severe economic downturn, speculation and policy missteps have combined to create a circumstance that Treasury Secretary Jacob Lew says has “already harmed the health, safety and welfare of the 3.5 million Americans living in Puerto Rico.” Yet, rather than respond with an eye toward renewing and strengthening the economy of the commonwealth, Ryan and congressional Republicans came up with austerity schemes to punish the vast majority of Puerto Ricans. And, with the assistance of key Democrats in the House and now the Senate, those schemes have been approved and signed into law by a president who has observed with considerable understatement that this emergency “solution” is “not perfect.”

Congress could have taken steps that would have allowed the economically hard-hit island “commonwealth” to restructure debts as America states do—and as Obama had proposed for Puerto Rico. But Ryan and his compatriots refused to extend standard bankruptcy protections to Puerto Rico, and instead demanded the establishment of an unelected “Financial Oversight and Management Board ” that is now empowered “to assist the Government of Puerto Rico, including instrumentalities, in managing its public finances, and for other purposes.”

“The Republicans’ solution to the Puerto Rico debt crisis is colonialism at its worst,” complained Vermont Senator Bernie Sanders, an outspoken critic of the PROMESA legislation.

Veteran journalist and Democracy Now! co-host Juan Gonzalez explained after the Congress completed its work on Promesa on June 29 that “(the) Senate voted tonight 68-30 to reimpose direct colonial control over 3.5M people.”

It was, he observed, a “dark day in Puerto Rico and in U.S. history.”

Gonzalez was right to reference US history. The unequal treatment of the people of Puerto Rico is the latest example of how the United States continues to wrestle with basic democratic premises.

Luis Gutiérrez decries a “process is driven by Wall St. demands, not by the legitimate needs of Puerto Rican people.”

The PROMESA legislation, as drafted by Duffy, actually announces that “The provisions of this Act shall prevail over any general or specific provisions of territory law, State law, or regulation that is inconsistent with this Act.”

Though Puerto Ricans are US citizens, their future will be defined not by an elected government that derives “just powers from the consent of the governed…” but by the seven-member oversight board (four members of which must be appointed from lists submitted to President Obama by Speaker Ryan and Senate Majority Leader Mitch McConnell). While much was made of the prospect that “the bill will provide the island’s government some breathing room and allow it to pay workers and suppliers on time as well as maintain essential services,” the Associated Press has also reported on an assessment by economist Jose Villamil that “it’s possible the control board could eventually implement austerity measures that could lead to government layoffs and affect services…”

Among the austerity measures imagined in the legislation itself is a plan that would allow Puerto Rico to temporarily lower federal minimum-wage requirements for younger workers.

As Congressman Luis V. Gutiérrez, D-Illinois, who opposed the PROMESA proposal when it came before the House (where it was approved 297-127, with the support of most Republicans and Democrats) says, “this process is driven by Wall Street’s demands, not by the legitimate needs of the Puerto Rican people to keep schools open, hospitals staffed, and first responders at work protecting the people. In the rush to do something, the U.S. Congress has ignored the Puerto Rican people, stolen their democracy, and layered on pet projects to weaken wages, threaten the environment, and reassert in a most dramatic way the colonial rule of the United States over Puerto Rico.”

If Oversight Board austerity proves to be unpopular, tough. While Puerto Rican voters can elect officials to represent their interests, those officials are restricted in their ability to do so by legislation that declares:

Neither the Governor nor the Legislature may—

(1) exercise any control, supervision, oversight, or review over the Oversight Board or its activities; or

(2) enact, implement, or enforce any statute, resolution, policy, or rule that would impair or defeat the purposes of this Act, as determined by the Oversight Board.

Activists in Puerto Rico say that sounds a lot like the “emergency manager” plans Michigan Governor Rick Snyder has imposed on the cities of Flint and Detroit.

Unfortunately, this is how austerity works. In a difficult circumstance, power is taken from the great mass of citizens and handed to those who are most likely to address a crisis by cutting employment and services. During the Senate debate, Sanders argued, “In my view we need austerity not for the people of Puerto Rico, but for the billionaire Wall Street hedge fund managers who have exacerbated the crisis on the island.”

The Sanders view did not prevail. Only eleven Senate Democrats joined the senator from Vermont in opposing the measure—along with a number of Republicans who, in many instances, wanted to be even tougher on Puerto Rico.

The vote confirmed, once more, that founding vision that governmental powers should derive “from the consent of the governed…” remains a promise—not a reality.