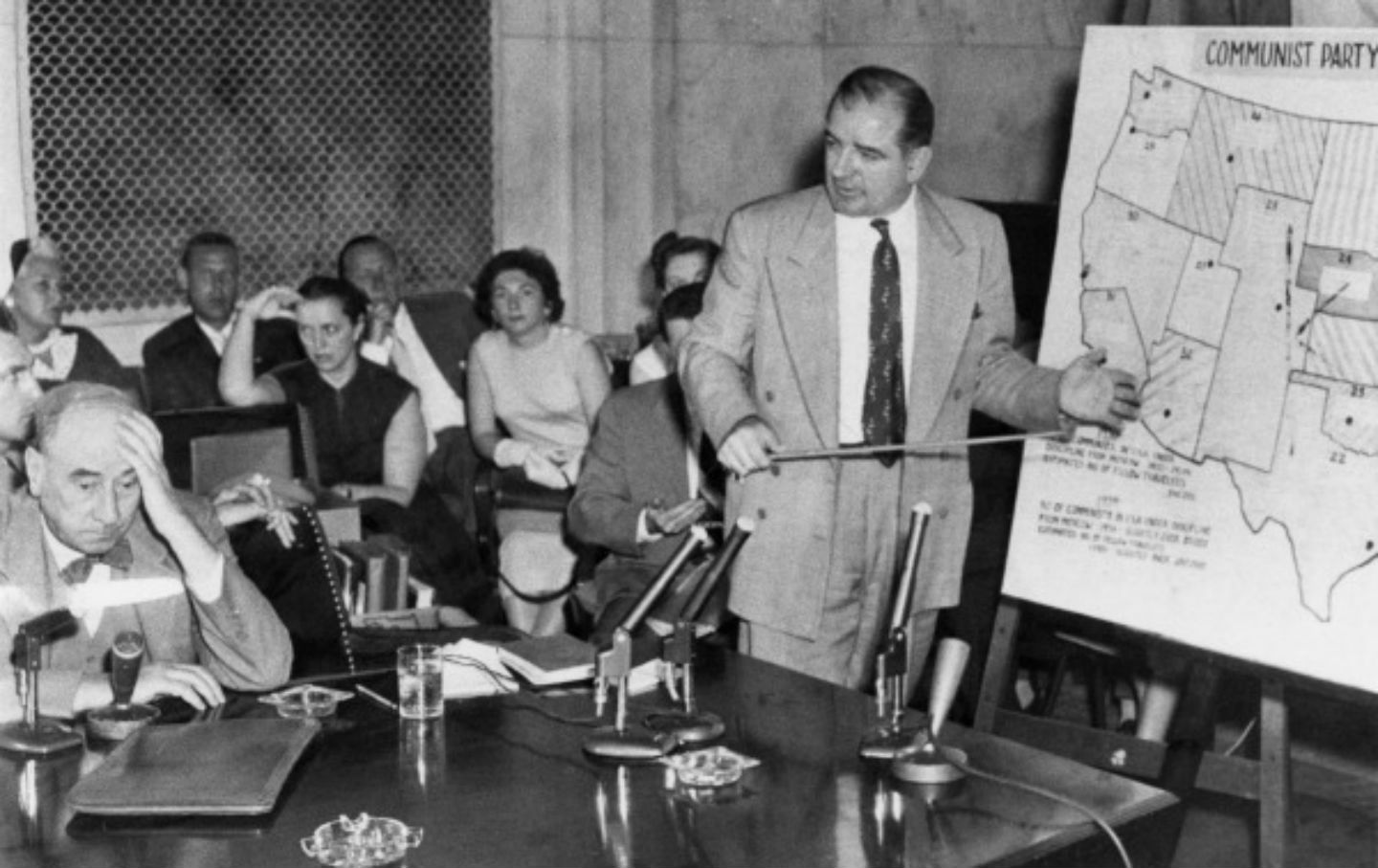 The moment in which Army counsel Joseph Welch harangued Joseph McCarthy for casting aspersions on Welch’s young associate, Frederick G. Fisher, has long been considered the turning point for McCarthy’s crusade against alleged Communist infiltration of the United States government. It was that, but as this Nation piece, “Summing Up the Hearings,” by H.H. Wilson, points out, Welch was otherwise deferential to McCarthy, going so far as to express approval and support for his campaign, until the matter became personal. Moments in history like this one are always more complicated than in hindsight they tend to appear.

Without minimizing the positive gains which have been made in crystallizing opposition to the ineffable Wisconsin Senator, these hearings can in no sense be interpreted as weakening the hold of McCarthyism, or anti-democracy, in the United States. In fact this phenomenon, characterized by irrationality, anti-intellectualism, contempt for law, and denial of the integrity of the human personality, has been revealed as the prevailing doctrine even among those nominally opposed to the Senator. Throughout the hearings it was apparent that all participants, including the counsel for both sides, had accepted McCarthy’s premises and permitted him to define the meaning of communism, treason, subversion, and corruption. In this regard nothing more clearly reveals the pervasiveness of McCarthyism than the statement to Senator McCarthy by army counsel Joseph N. Welch: “You do good work. I admire the work you do when it succeeds.” Not a voice was raised to protest the repeated attacks on individuals or organizations until counsel Welch countered McCarthy’s gratuitous attack on his young law associate. It is a measure of our degradation that a man could become a national hero by condemning such “cruelty” while remaining silent about the maligning of loyal citizens who continue as members of the same legitimate professional group. Never has it been more apparent that one should diagnose the sickness of a sick society, not by taking the pulse of the political delinquents who attract the headlines, but by examining the condition of its “healthy” members.