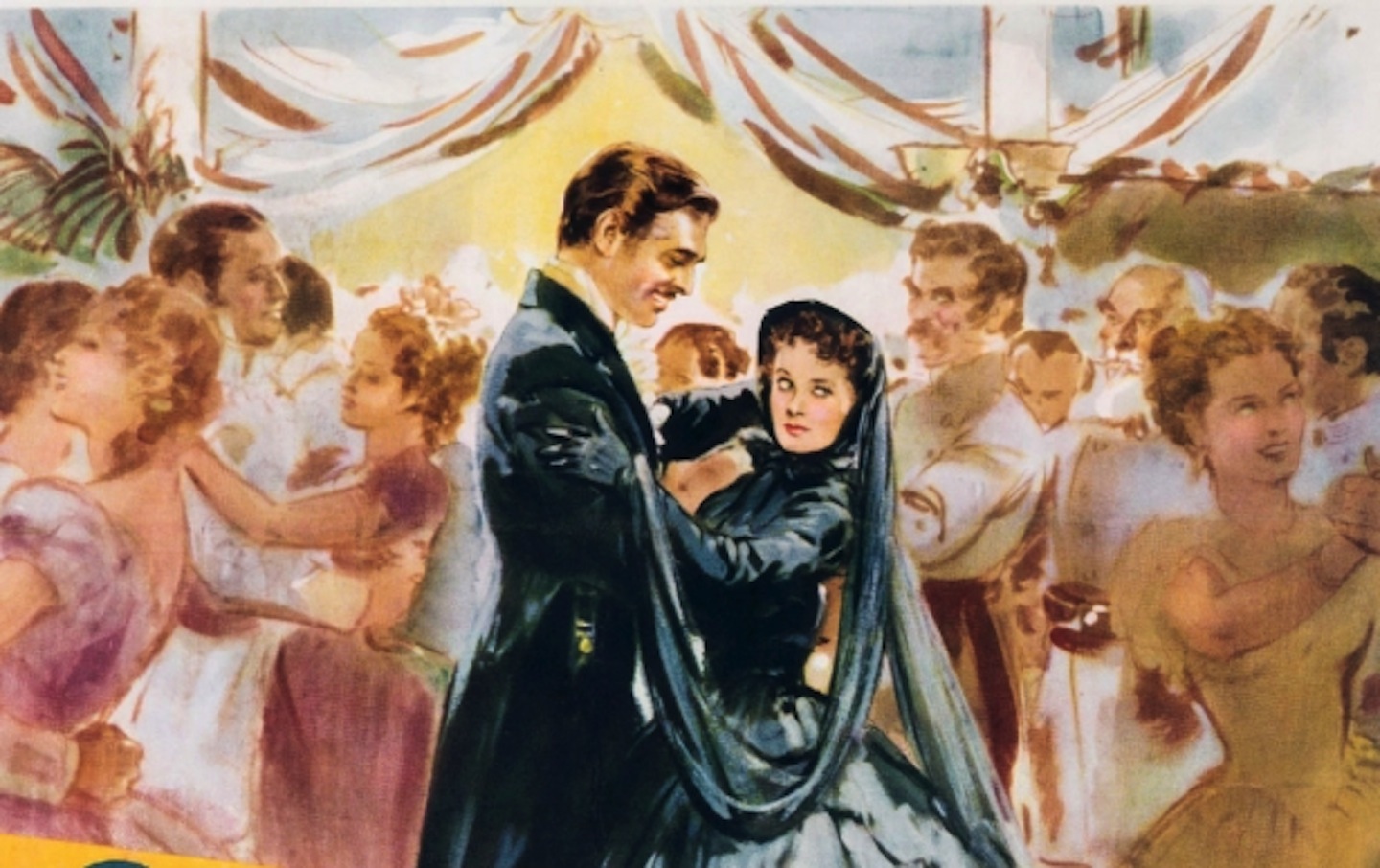 MGM poster of the 1939 film Gone with the Wind, based on the book of the same name. The poster depicts two of the leads, Scarlett and Rhett, at a charity dance auction. (Wikimedia Commons)

Gone with the Wind, published 79 years ago today, was reviewed in The Nation by the novelist Evelyn Scott, who was mostly critical of the book. In a letter to the editor regarding Scott’s review, the literary scholar F.W. Dupee complained that “the bad writing and unreal characters are touched by [Scott] in a manner to suggest that they are merely casual blemishes.” On the contrary, Dupee argued, Gone with the Wind’s “opinion, plot, characters, and situations are all heavily imbued with cliché, and the writing is correspondingly dull and grubby.”

Margaret Mitchell gives us our Civil War through Southern eyes exclusively, and no tolerant philosophy illumines the crimes of the invaders; she writes with the bias of passionate regionalism, but the verifiable happenings described eloquently justify prejudice. Unfortunately her temperamental limitations as a critic both of mass movements and personal behavior are such that she often gives a shallow effect….

If Miss Mitchell is able, later, to master the wide significance implicit in her own material, and to convey her idealism as something more than a soporific, she may yet demonstrate the mature humanity absent in the works of so many among us who are “disillusioned” in that adolescent fashion which follows a first boast of understanding and belief.