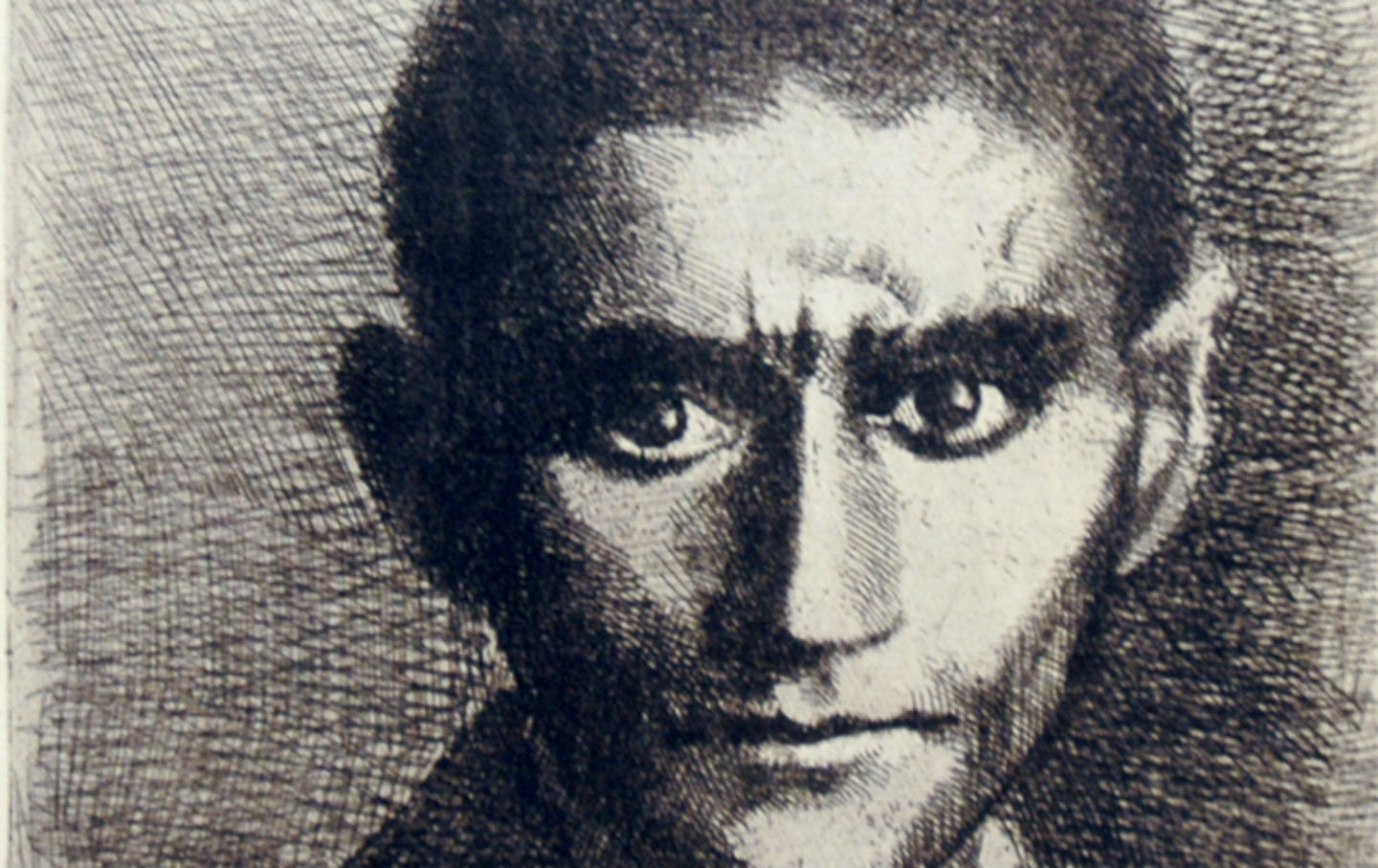 An etching of Kafka created in 1978. (Wikimedia Commons)

Note: Check out this podcast with Bruce Wark of the New Books Network, in which we talk about the past week of Almanac entries, including D-Day, the Watergate break-in, the RFK assassination and more.

Unknown as a writer during his lifetime, Kafka attained fame shortly after his death when his friend Max Brod chose to publish his unfinished manuscripts, rather than burn them, as the author had requested. In The Nation in October 1930, Gerald Sykes, an eminent literary critic, philosopher and novelist, reviewed The Castle, the first work of Kafka’s to be translated (by the poet Edwin Muir) into English. When Sykes died in 1984, his obituary in The New York Times quoted from this review, “Introducing Franz Kafka”:

In time much is sure to be written of Franz Kafka, for he is inevitably sure of a place, if only on the strength of this posthumous unfinished novel, among the foremost writers of our time. On the occasion of his introduction to the American public, however, one can hope simply to recommend him to the attention of that discriminating minority to whom essentially his appeal is limited and who will eventually construct his fame for him. Perhaps it should be stated that Kafka was a German-Bohemian Jew, and died of tuberculosis in 1925 [sic: 1924] at the age of forty-two. It is fortunate for his reputation that his work has been championed by two such understanding critics as Herr Brod and Mr. Edwin Muir…. Let us hope that they will soon permit us to see the other two posthumous novels, the short stories, and the deleted fragments.