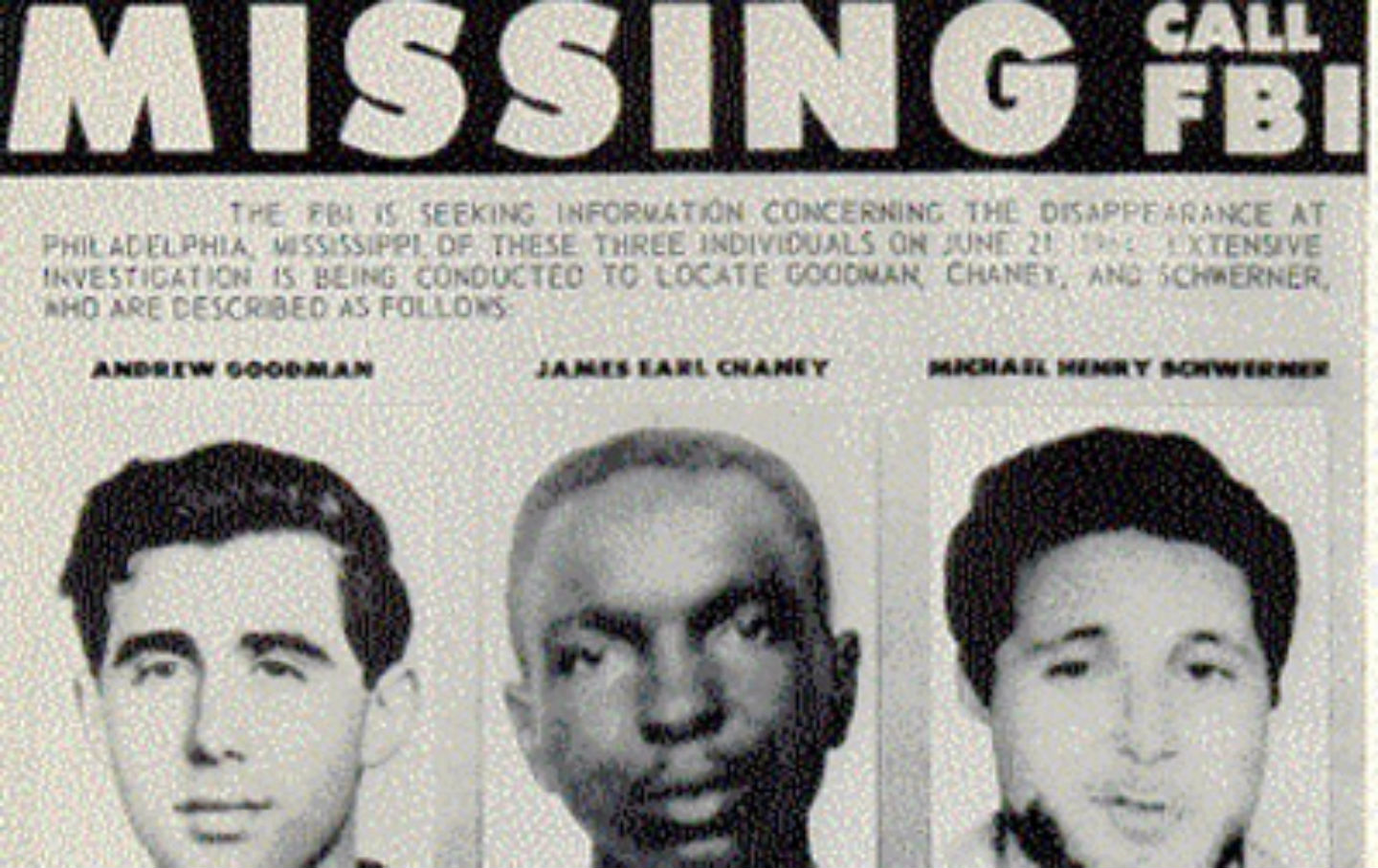 James Chaney, Michael Schwerner, and Andrew Goodman were abducted and murdered on this day in 1964. A month later, as the search for their bodies continued (several bodies of African-Americans were discovered in the process; their disappearances had not merited national attention), The Nation took issue with the FBI’s handling of the case in an editorial:

By direction of the President, the Federal Bureau of Investigation sent more than 100 agents into Mississippi. Simultaneously with this influx of his minions, J. Edgar Hoover flew to Jackson, there to open a new FBI field office, which occupies two full floors in the First Federal Savings and Loan Building. Where normally perhaps fifteen agents might be active in the state, about 153 are now there. Some are looking for the murderers of the three civil rights workers who disappeared on June 21; others are trying to prevent further acts of murder, arson and assault. As for Mr. Hoover himself, he cannot be accused of excessive zeal in carrying out this assignment. When he is in the South, or engaged in a civil rights mission anywhere, he is almost morbidly conscious of the statutory limits on FBI authority. “We most certainly do not and will not give protection to civil rights workers,” he declared at a news conference on July 10. “The FBI is not a police organization. It is purely an investigative organization. The protection of individual citizens, either natives of this state or coming into the state, is a matter for local authorities.” This forthright statement overlooks the fact that, in Mississippi today, an ever present danger to a civil rights worker is that he will be detained by the local police on a traffic charge and released, directly or indirectly, to a lynch mob.