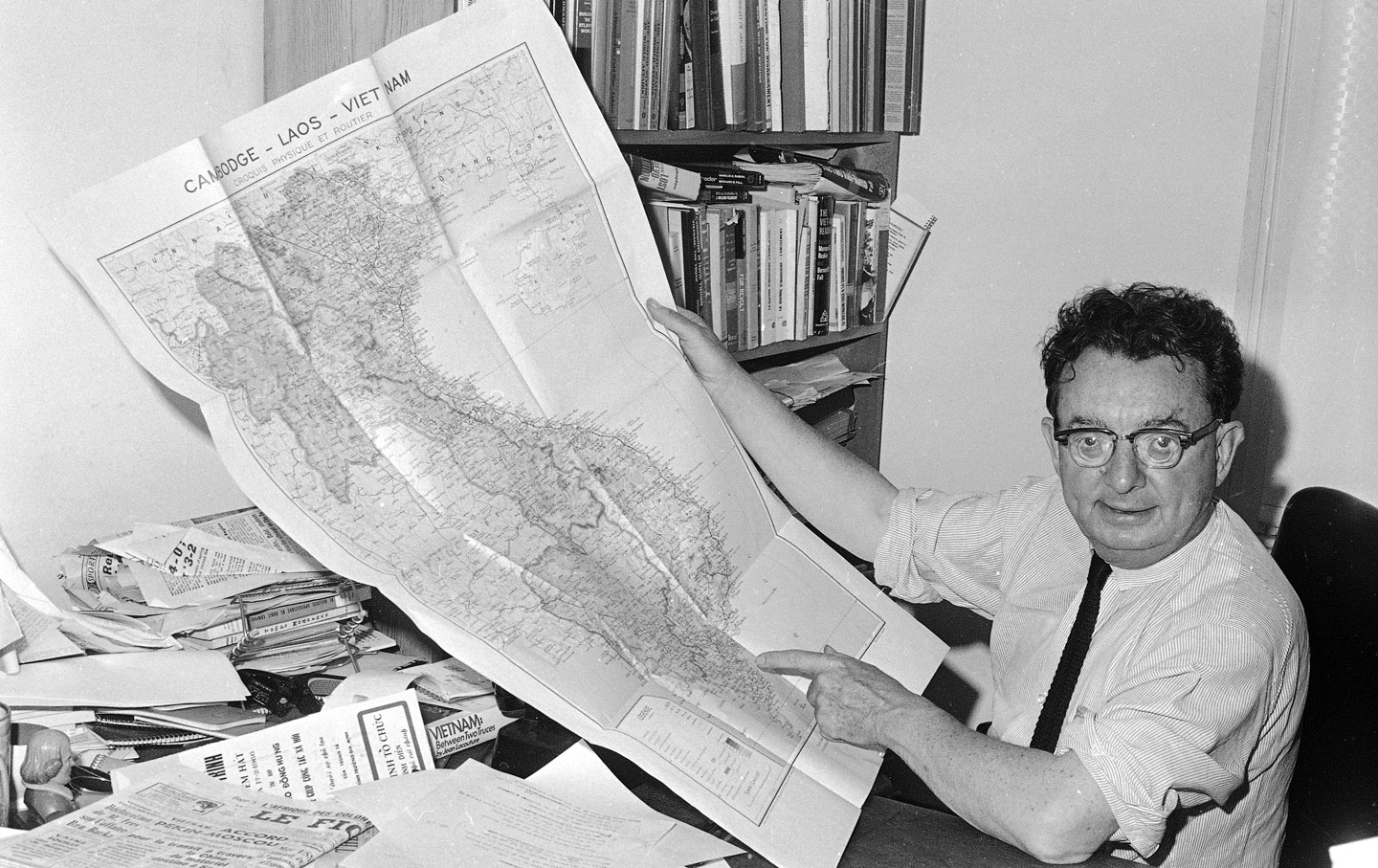 Under his given name Isidor Feinstein, Stone first contributed to The Nation in 1934; his last article for the magazine was “End of a Profligate Era,” published in the October 31, 1987, issue. Thus, he was part of that rare club: contributors to The Nation over the course of six decades. The following tribute to Stone appeared as an editorial in the Nation of July 10, 1989:

One reason the establishment had so much trouble classifying Izzy was his attitude toward it: “All idols must be overthrown; all sacred dogmas exposed to criticism; the windows thrown open; the cobwebs swept away!” As editor and publisher of the world’s most famous newsletter, I.F. Stone’s Weekly, as a reporter and columnist for PM and its successor papers, as Washington editor of The Nation, as a frequent contributor to The New York Review of Books, Izzy was a quadruple threat. He combined the meat-and-potatoes moxie of a police reporter, the instinct for precision of a scholar, the question-phrasing skill of a Socrates…and the political philosophy of an anarchist.