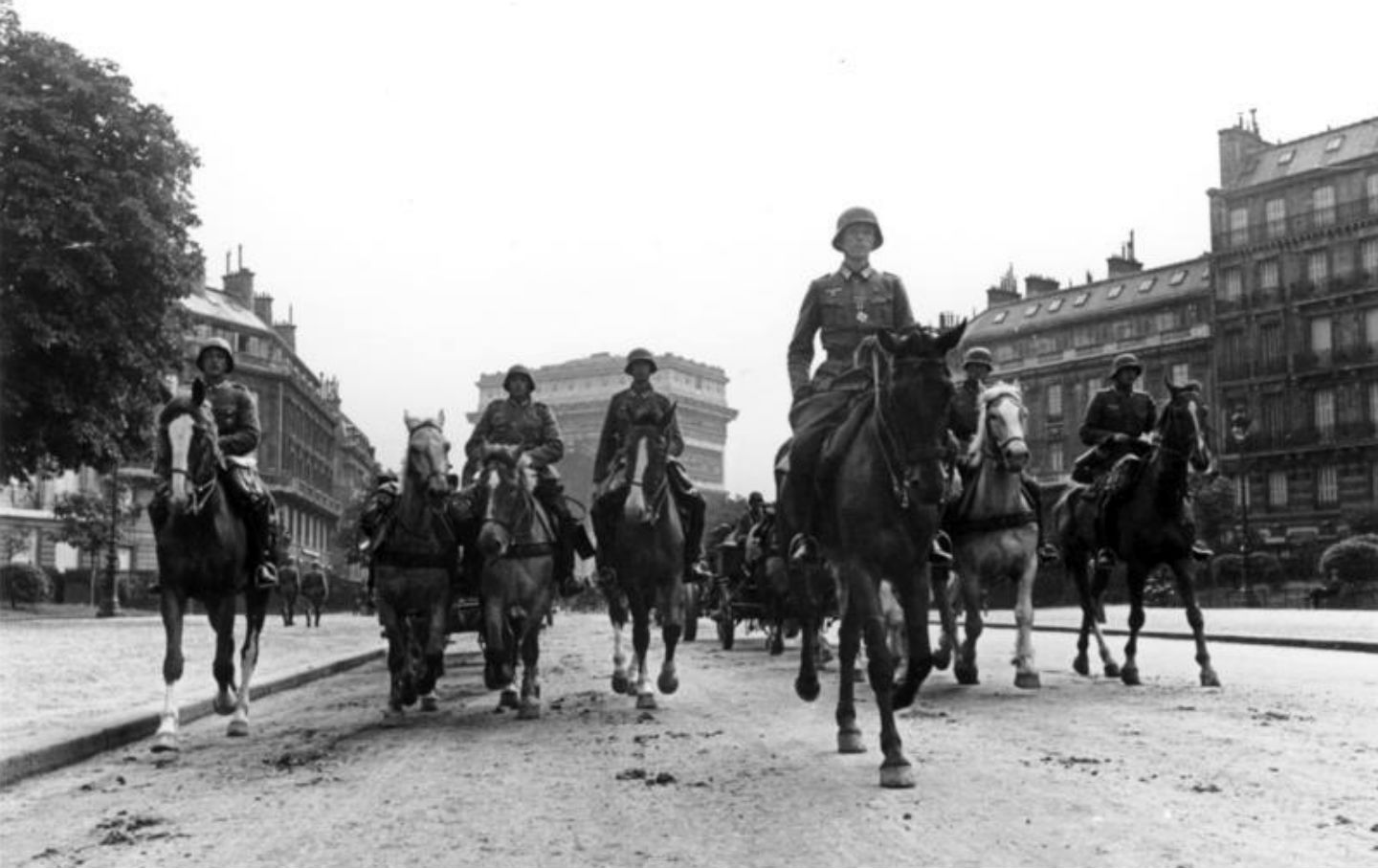 The Nation had long urged American intervention in the European war against fascism and responded to the Nazi occupation of Paris with a call to arms: an editorial by editor and publisher Freda Kirchwey titled “What Next?”

What comes next? Let us hope that it will not be panic and a tidal wave of despair. The greatest disaster in the world would be, not the military defeat of France or even of France and Britain, but the acceptance by the United States of the myth that Nazi Germany is invincible. The terrifying union of organization and armed might with implacable aggression may overwhelm the unready European democracies. But it need not and must not overwhelm us. For we have their mistakes to warn and guide us. The record of the past four years, so packed with bitter wisdom, is open before us. We have only to study it without blinking and then act—confidently and strongly.