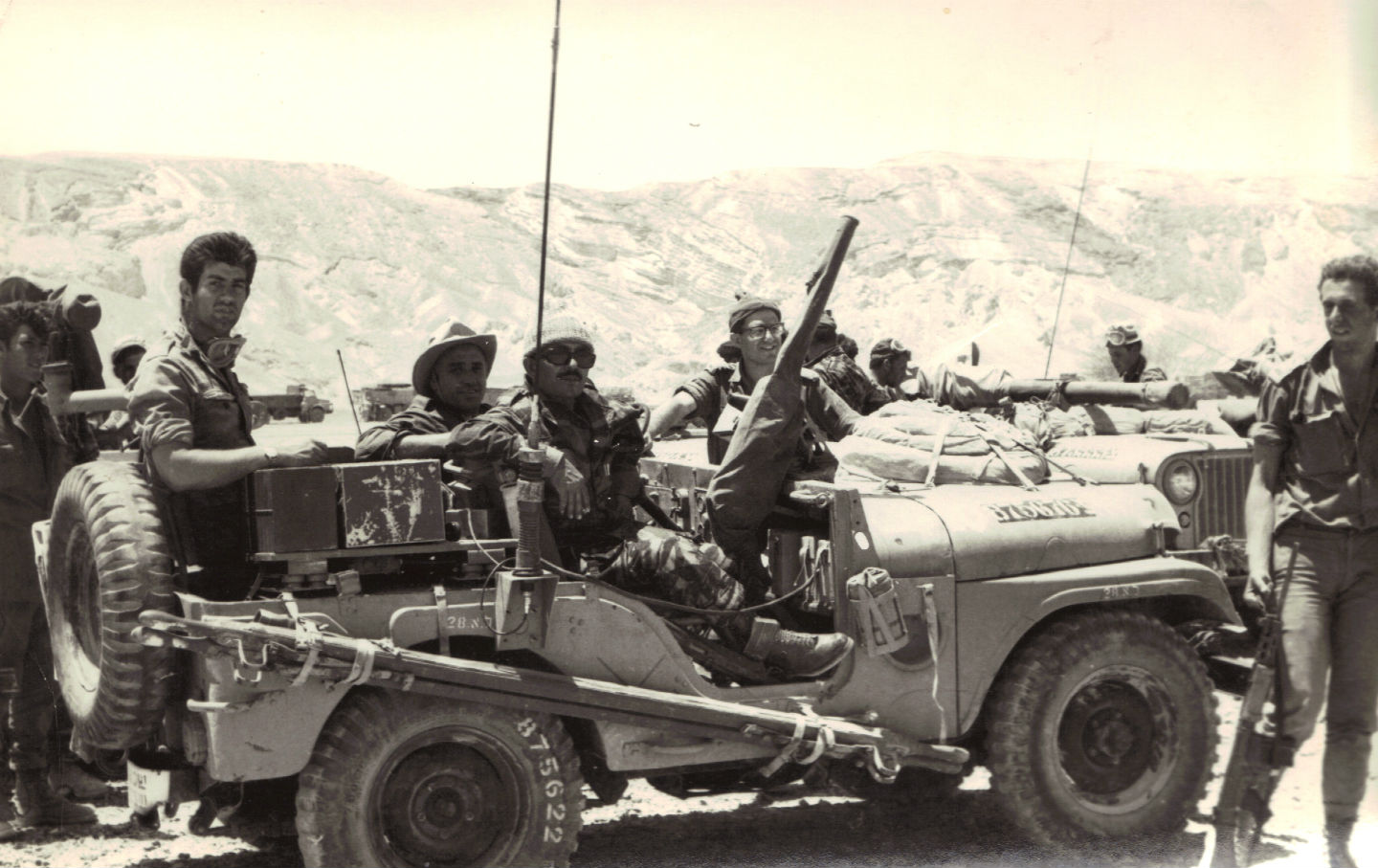 Israeli soldiers from the "Shaked" reconnaisance force during the Six-Day War. (Wikimedia Commons)

The following article, “Today in Tel Aviv” (July 3, 1967), was written by Stanley Wolpert, who taught history at UCLA from 1959 to 2002, and wrote frequently for The Nation from Israel. His analysis of Israel’s willingness to maintain an occupation in the land seized from Jordan during the war has proven a touch optimistic.

Israel has won the war, but there is little jubilation in Tel Aviv today as all eyes focus intently upon the more difficult battle for peace that lies ahead. Israel’s pride in the dramatic force, the amazing swiftness with which it destroyed the Arab ring of steel, bursting the bubble of Nasser’s threat of “obliteration,” is muted by two sobering considerations. The more immediate curb on celebration here is the price in human life paid for this national breathing spell. In so small a nation, so intimately integrated, few families could feel themselves remote from the front, or escape the tragedy of battle. In the longer range, the Israelis perfectly understand that the other side of the victory coin they have stamped out in Sinai is the bitter humiliation of Nasser. Whatever may be said here concerning Nasser’s military skill, no one underestimates his pride. Born itself from the ashes of Hitler’s holocaust, Israel is not unconscious of the revivifying potential of humiliation and defeat. Naturally, every Israeli hopes that Nasser and his allies are capable of learning a lesson from the disaster that struck them in June, but some fear that the utter humiliation may only fan fresh flames of Arab hatred. Israel has not been lulled by victory into a mood of deceptive self-confidence. The crucial problem confronting Israel at present is how to secure national integrity without future fighting. It hopes to retain strategic outposts captured in Jordan and Syria, as well as the Old City of Jerusalem, but fears that its startling display of military strength will in itself undermine world support for the claim that such positions are essential to its continued existence. No one speaks of attempting to remain permanently in Sinai or in the vast bulk of land taken from Jordan. Any such occupation would overextend Israel’s army and place an impossible burden upon its economy. Israelis have no desire to repeat the errors of Western Europe’s 19th-century imperial expansionism. Even if they had the resources, they express no wish to maintain martial rule over the more than 1 million Arabs living in the borderland regions their armies have overrun. What they do want is unequivocal recognition by each of their neighboring states, full and open acceptance of their national status in consonance with its reality.