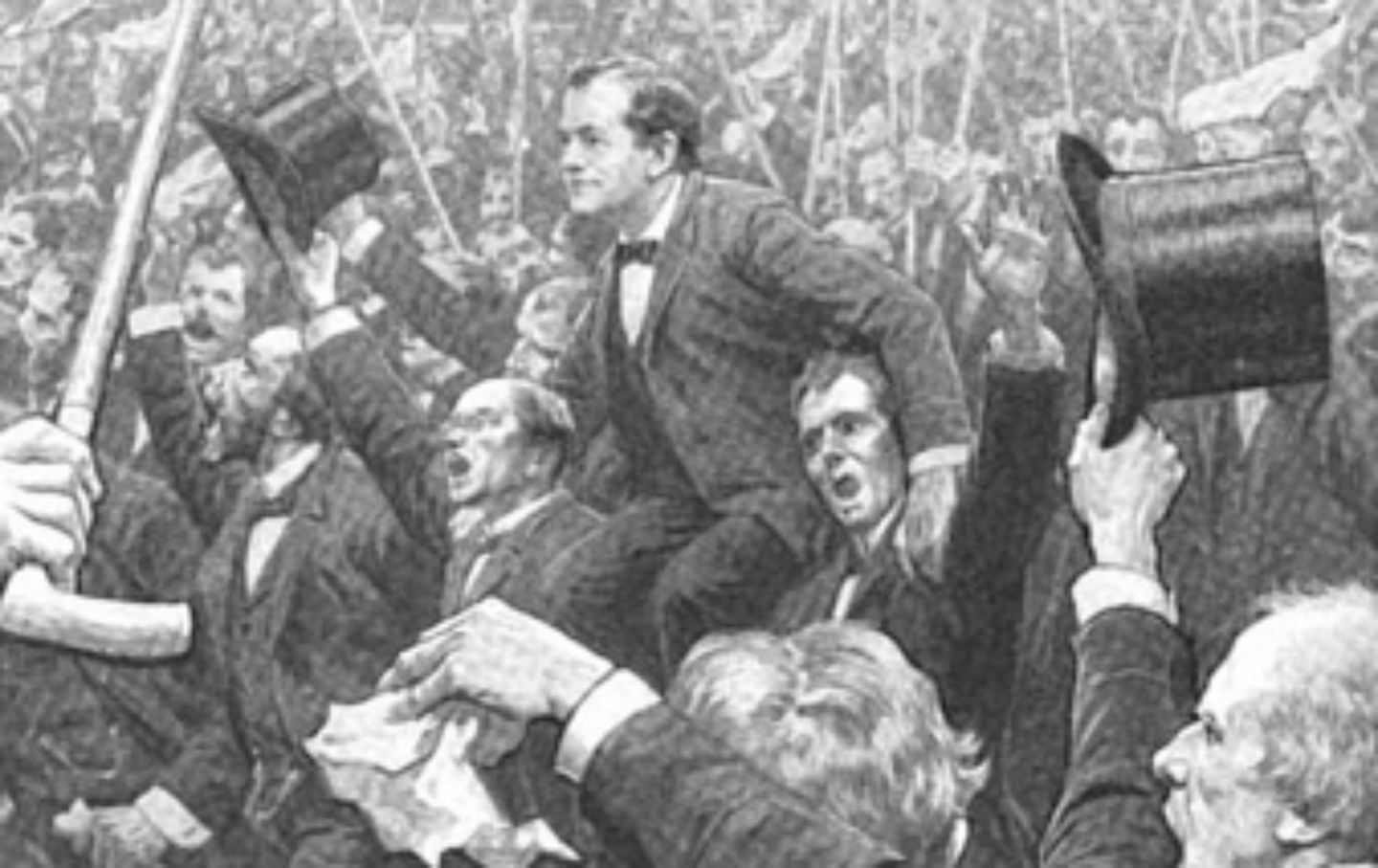 An illustration depicting William Jennings Bryan on the shoulders of state representatives at the Democratic National Convention in Chicago in 1896, moments after he gave his "Cross of Gold" speech (Wikimedia Commons)

Bryan’s famous speech won him the Democratic presidential nomination and went down as one of the greatest pieces of American political oratory ever. A proponent of silver coinage, which would have depreciated the currency and, he believed, helped combat some of the rampant wealth inequality of the Gilded Age, Bryan led the Populist revolt that seized the United States, especially the West, at the turn of the century. In an editorial, The Nation, firmly committed to the gold standard and hostile to attempts at leveling the economic playing field, ridiculed Bryan and his supporters in similar terms to those of other prominent populists currently barnstorming the Midwest, speaking to crowds reminiscent of those Bryan summoned almost 125 years ago.

The body of repudiators that has been holding a convention at Chicago during the past week and calling itself the Democratic party, has nominated William J. Bryan of Nebraska for President. The result is somewhat surprising, since Mr. Byran is a new and untried man, only thirty-six years of age. Only a small fraction of the people of the United States have ever heard of him. All of our Presidents heretofore have been men of experience, sufficiently tested in public life to enable people to form some idea of their capacity and moral fibre. This is not the case with Mr. Bryan. Yet his nomination was not accidental. It was due to the speech which he made on Thursday and to his previous record as a Populist-Democrat in Nebraska….

His speech to the convention was an appeal to one of the worst instincts of the human heart—that of getting possession of other people’s property without the owners’ consent. That is what is meant by free coinage at 16 to 1. All business and all obligations rest to-day, have rested for nearly a quarter of a century, on the gold dollar as the unit of value. It is proposed now to substitute a silver dollar for it worth about half as much, and to make this depreciated coin applicable to all existing bargains and contracts…If the business community supposed that there were any real danger of this dishonest policy being put into practical operation, there would be a panic and crash the like of which has never been seen in this or any other country. The fact that business remains in a state of quiescence is the best evidence that the proceedings of the roaring mob at Chicago are not taken seriously by the American people.