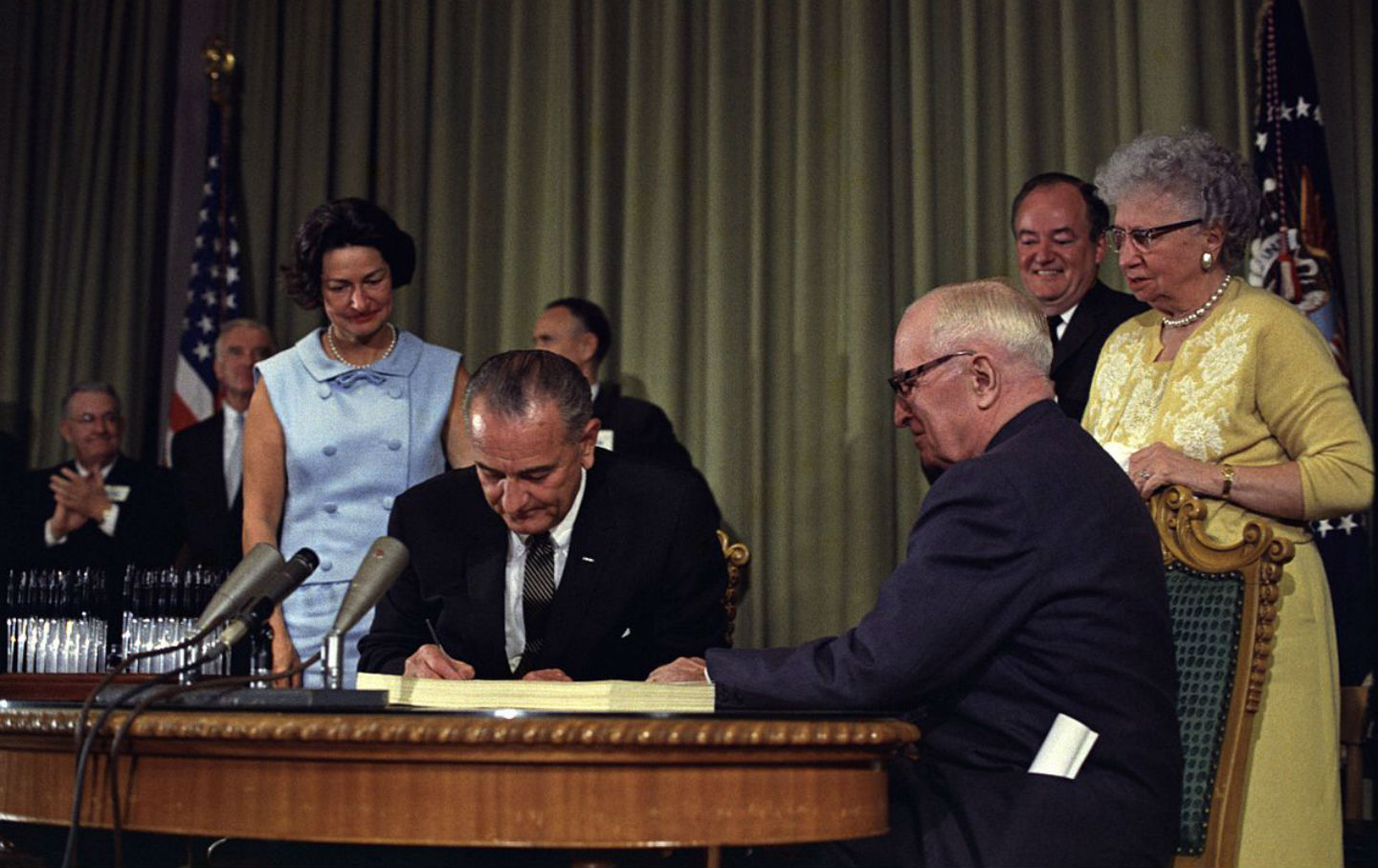 Lyndon Johnson and Hubert Humphrey sign the Medicare Bill in 1965, as former President Truman (left) and his wife Bess, and Lady Bird Johnson in attendance. (National Archives and Records Administration)

“Medicare for all” has become the rallying cry in recent years of those who argue for a single-payer universal public health-insurance system. The Nation was on to this point early on, even before Medicare was signed into law, 50 years ago today. When the bill that created Medicare passed the House of Representatives in April 1965, The Nation’s Stanley Meisler wrote that it wasn’t as direct an intervention in the country’s economy as it could or should have been, or as its critics thought it was.

Medicare will be “the most sweeping new departure in American social legislation since Roosevelt’s Social Security Act 30 years ago.” That description, culled from one of the many news accounts of House passage of the bill, already has deadened into a cliché. All analysts have accepted the fact of Medicare’s great impact, but very few have bothered to delve into the details of that impact. How will America and medicine change after Medicare? Medicare may have its most profound impact on American society if its pressures lead to the day when the federal government uses general revenues to pay for more pensions and health insurance than it does now. Financing these through social security alone follows the principle that every man has the right to help himself. Financing these through general revenues as well recognizes that self-help alone cannot do an adequate job and that every man has the right to expect his government to help him to a pension and health insurance. That, in fact, would be a “sweeping new departure in American social legislation.”