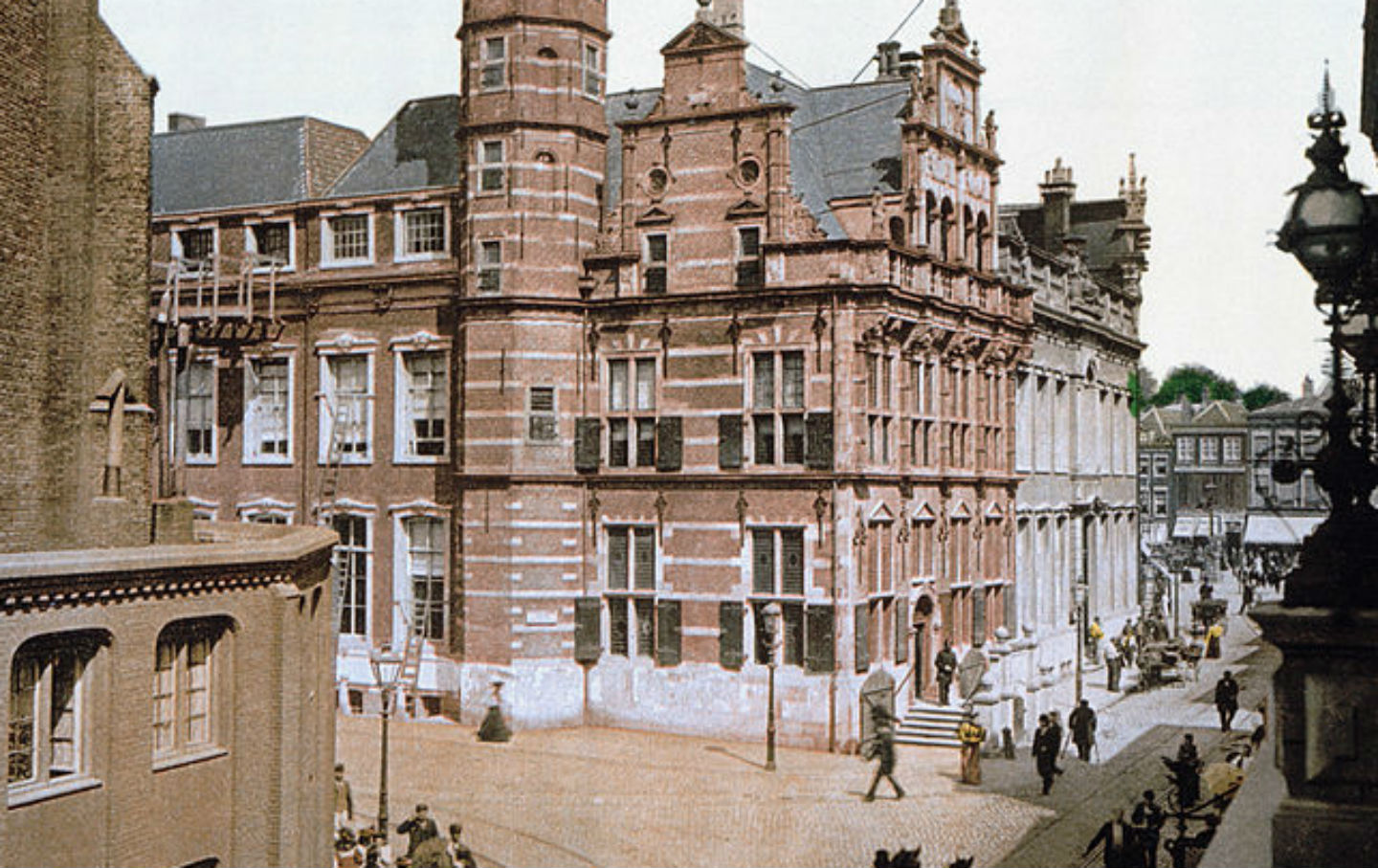 The "Old City Hall" portion of the Hague building, as seen in 1900. (Library of Congress)

At the beginning of the first Hague conference in 1899, The Nation mocked the delegates for pledging themselves to peace while apparently taking few concrete steps toward enshrining anything substantive in law. But the conference did end in an agreement on the proper conduct of warfare, largely based on Abraham Lincoln’s Lieber Code of 1863. Among the concrete legacies of the 1899 conventions is the Permanent Court of Arbitration, which still exists in the Hague.

Despite wrongly predicting that the conference would come to naught, The Nation’s satire of the Hague delegates could apply to much international diplomacy to this day, when smarmy obeisance to the language of democracy and rights often cloaks a deeper commitment to the principle of national self-interest and might-made right.

The Conference at The Hague opened a week ago in a curious atmosphere of aspiration tempered by insincerity and cynicism. Every individual delegate professes himself heartily in favor of peace, of checking the terrible cost of national armaments, of meeting halfway the efforts of the most powerful ruler on earth to stay the ravages of militarism. Then why cannot something be done? Well, this is a wicked world. You wouldn’t have the millennium come too suddenly, would you? But the delegates are good men in a wicked world. They may not be able to make the lion and the lamb lie down with sides actually touching, but is that any reason for their giving up trying to induce them to live peaceably in adjoining fields? If not absolutely perfect, why should we not try to make the world as good as possible? Ah, comes the hypocritical sigh, in which many of the delegates to the Conference furtively join, that is entirely impracticable! Individually, we all favor every plan for peace; but collectively, you know, the thing is impossible.