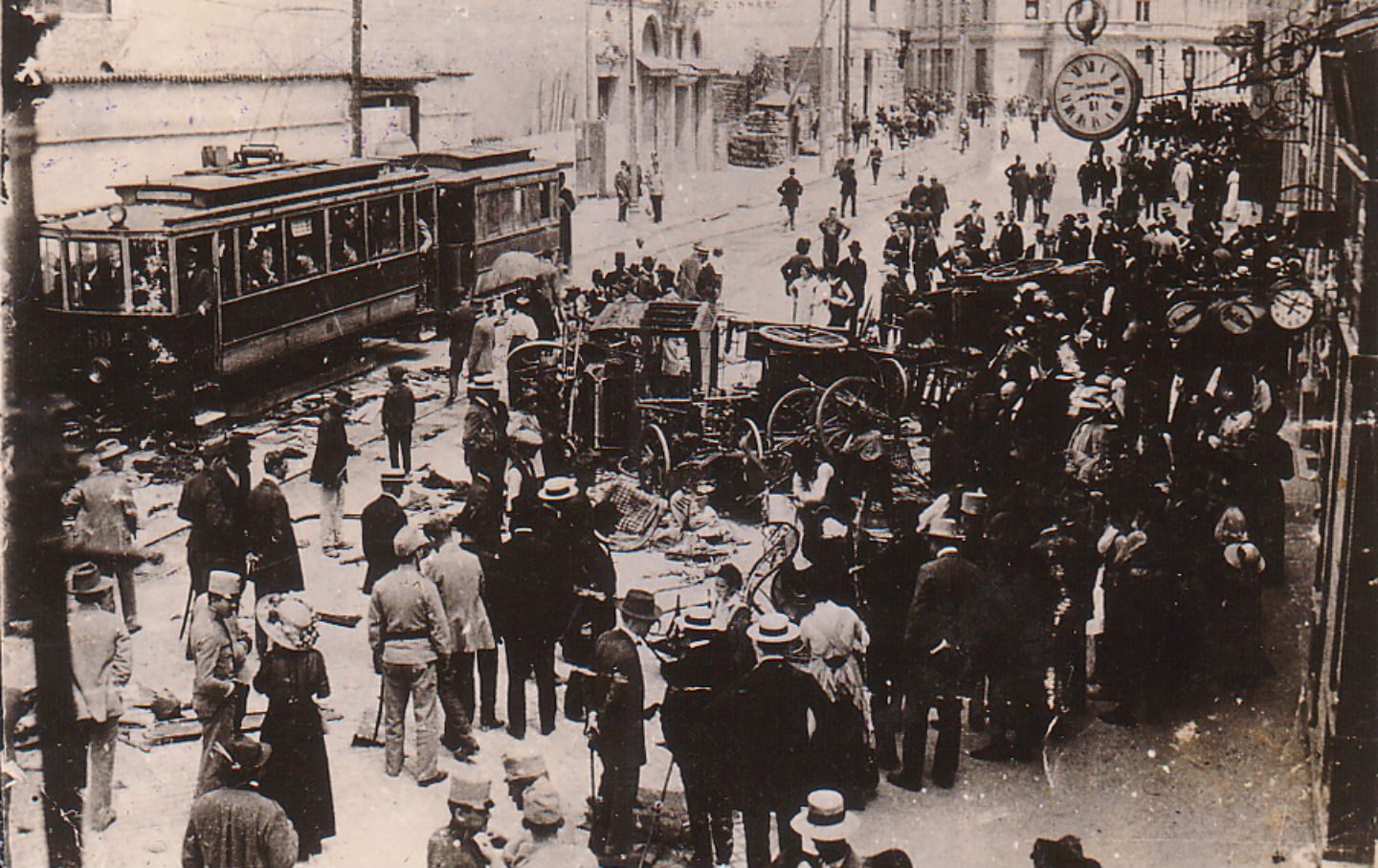 Crowds stand around immediately after anti-Serb riots in Sarajevo in 1914. (Wikimedia Commons)

The First World War began on this day in 1914, a month to the day after the assassination of Franz Ferdinand, heir to the Austro-Hungarian throne, triggered a series of diplomatic maneuverings among European powers. When Serbia, backed by Russia, which had an alliance with France, refused to accede to Austria-Hungary’s demands, backed by Germany, to suppress its nationalist movement, Austria-Hungary declared war. In the week thereafter most European nations jumped in on one side or another. The Nation’s editorial two days later, “War Madness,” placed the blame mostly on German militarism, but also blamed the “mob psychology” that so many times since, not least in this country, has accompanied and cheered for the escalation of diplomatic disputes into outright wars.

Mob psychology often shows itself in discouraging and alarming forms, but is never so repulsive and appalling as when it is seen in great crowds shouting for war. Lest we forget, indeed! About nothing does the mob forget so quickly as about war….

To all this, the official declaration of war by Austria was the inevitable sequel. It is a step which was taken without a decent regard for the opinion of mankind, and is fraught with consequences which may easily amount to that terrible “catastrophe” of which Sir Edward Grey [the British foreign secretary] solemnly warned Europe on Monday. The dullest must see that what Austria is driving at is not simply a blow at Pan-Serbism, but the acquisition of Servian territory. This, however, would surely not be permitted by the Powers, no matter how rapid may be the triumph of Austrian arms, without reference to a European Conference. The German Emperor has refused to assent to the calling of such a Conference in advance, in order to prevent war, if possible, but it will have to come later—unless, indeed, all the Continental nations should be drawn into the conflict which Austria has so arrogantly and wickedly begun.