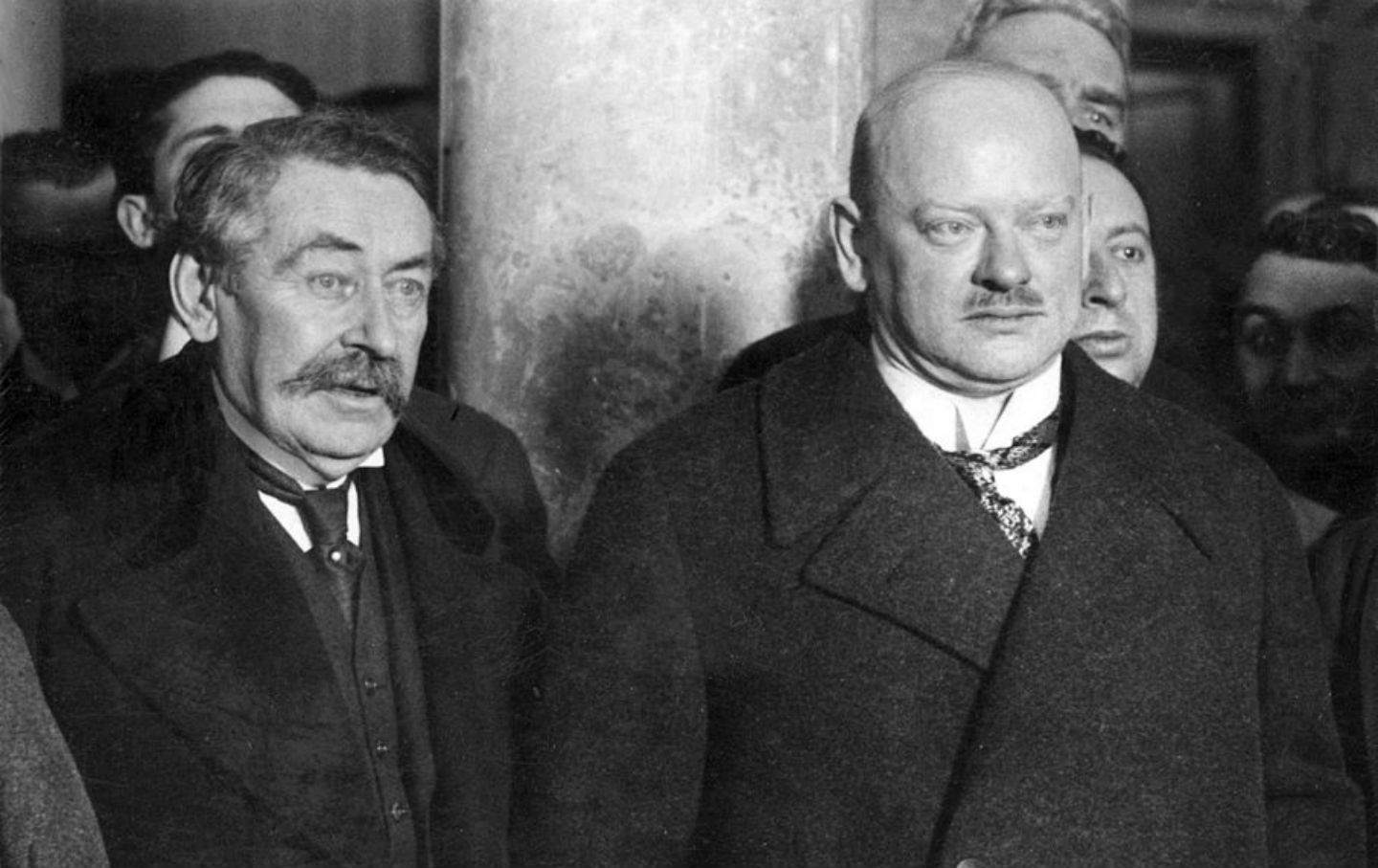 Aristide Briand, left, and Gustav Streseman who received the Nobel Peace Prize for their work on the Locarno Treaty, which set Europe's borders. It was a critical precursor to the Briand-Kellogg Pact, which outlawed war between the US and a large number of European countries and the Soviet Union. (Wikimedia Commons/Dutch National Archives)

The Kellogg-Briand Pact outlawing war had been signed in August 1928 and ratified by President Coolidge and the US Senate in January 1929. It went into effect some six months later, on this day in 1929. The Nation, in an editorial, was cautiously optimistic, supportive of such legal constraints to curtail the threat of future wars and yet skeptical that what a later president would call the “military-industrial complex” would permit serious limitations to be enforced.

The Briand-Kellogg pact is formally in effect, and the peoples and governments of the world now face the stern task of rebuilding the peace. The pact, despite the strictures of its critics, means, or may mean, a first step in that great work; despite the plaudits of its friends, it of course means no more than a first step. Friends of peace may congratulate themselves that that step is taken, and Americans many taken justifiable pride in the recent action of our President and Secretary of State in connection with this international agreement….

We are not so silly as to imagine that Mr. Hoover has turned pacifist, but we do say that, within the limits of his ideas and his position, his moves up to this point have been admirable…. But the army and navy and all their war-making allies in Congress and out of it will unquestionably gather their forces and fight for their life. Their forces are immensely powerful. No indirect methods, no simple, quiet conferences with a few leaders will do the work that must be done. We believe that Mr. Hoover can find irresistible popular support for the moderate measure of armament reduction at present contemplated if he will use the power of his position to make the issue clear. Will he lead the American people to take this short step from fear toward friendliness? It is a great task for any man.