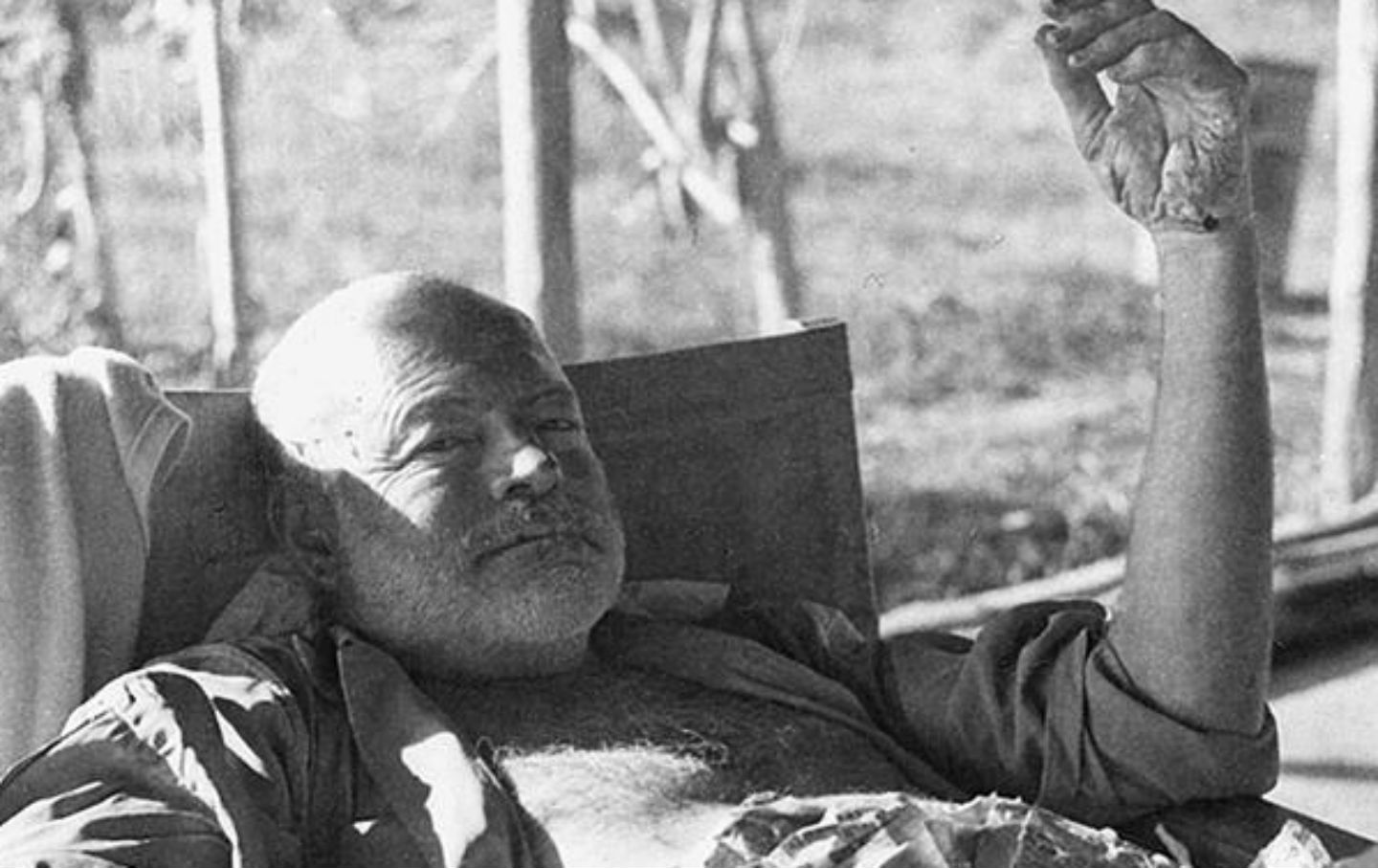 Hemingway, on a safari in Kenya in 1954. His elevated hand had been burned in a bushfire, which lent much to his persona as an adventurer. (John F. Kennedy Presidential Library)

Ernest Hemingway was born outside Chicago on this day in 1899. Just shy of 62 years later, and about 1,500 miles to the west, he pointed a double-barreled shotgun at his head and pulled the trigger. A few months after his death the novelist Nelson Algren wrote an appreciation of Hemingway for The Nation:

No American writer since Walt Whitman has assumed such risks in forging a style, and the success of these risks was not accidental. For they were risks assumed in living, and thereby derived a tension that no merely literary risk could have achieved. They were not amateur’s chances, such as that proposed by one of the beatnik saints in assuming that writing resembles driving with headlights out and a noseful of pot. The chances Hemingway took were professional, being measured, and were then governed by an iron control. They were the kind of chances by which, should they fail, the taker fails alone; yet should they succeed, succeed for everyone. They succeeded because within the iron, passion lived. And a singular tension was derived by his control of this passion. A tension which fixed his scenes. In them life—or death—was arrested as in a still photograph wherein the same scene went on forever.