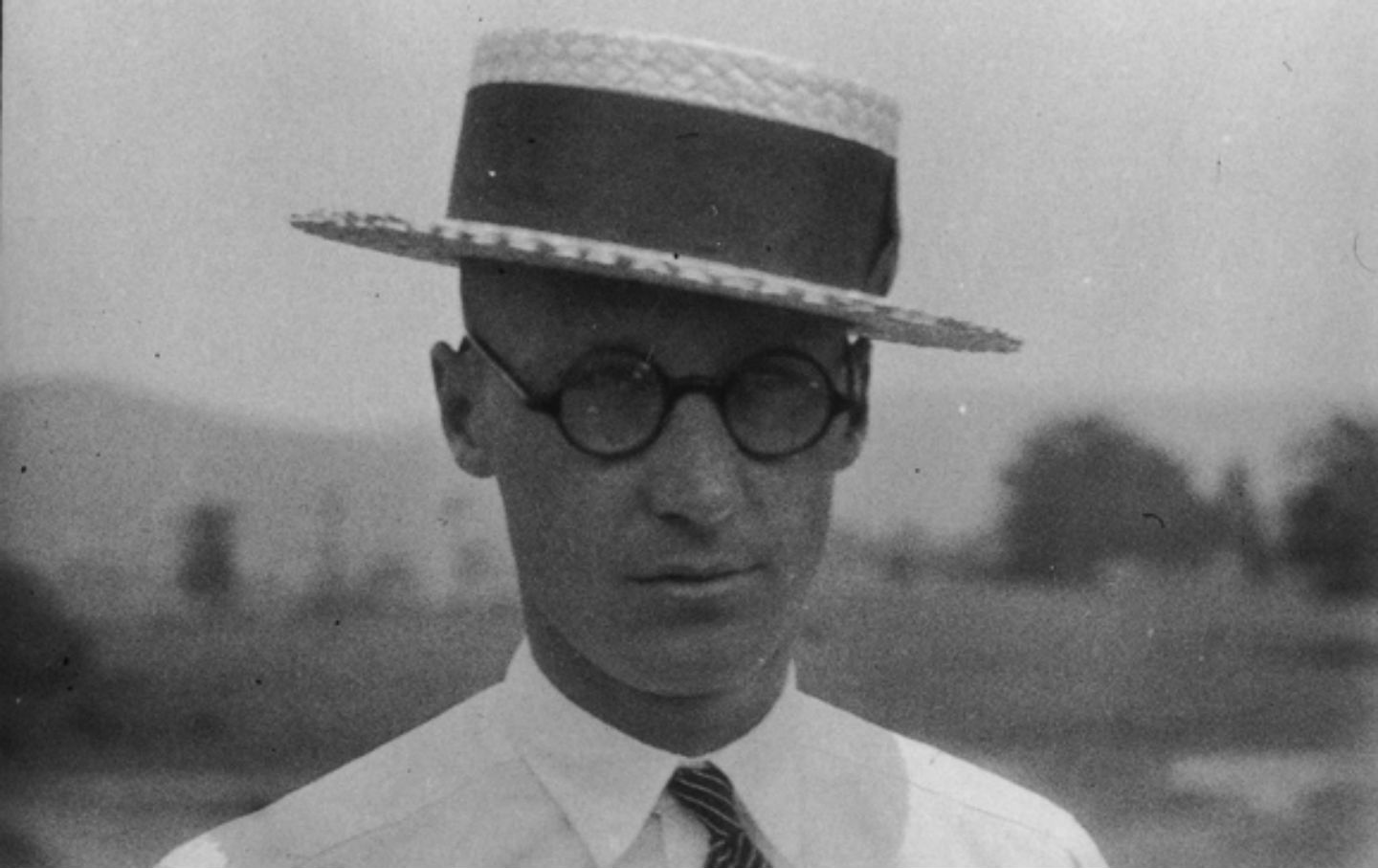 John Scopes, the teacher who purposely put himself at the center of the trial that explored teaching creationism vs. evolution in schools (Wikimedia Commons/Smithsonian Institute)

The case of The State of Tennessee v. John Thomas Scopes brought to the tiny town of Dayton, Tennessee, a roster of all-star lawyers, including Clarence Darrow, attorney for the defendant, a schoolteacher who defied the state’s ban on teaching evolution in its schools, and William Jennings Bryan, the former secretary of state whose 1896 “Cross of Gold” speech was featured in yesterday’s Almanac entry. It also brought some of the nation’s best journalists, including H.L. Mencken, who wrote up his findings in an essay for The Nation’s 60th anniversary issue, published July 1, 1925.

Behind every school ever heard of there is a definite concept of its purpose—of the sort of equipment it is to give to its pupils. It cannot conceivably teach everything; it must confine itself by sheer necessity to teaching what will be of the greatest utility, cultural or practical; to the youth actually in hand. Well, what could be of greater utility to the son of a Tennessee mountaineer than an education making him a good Tennesseean, content with his father, at peace with his neighbors, dutiful to the local religion, and docile under the local mores? That is all the Tennessee anti-evolution law seeks to accomplish. It differs from other regulations of the same sort only to the extent that Tennessee differs from the rest of the world. The State, to a degree that should be gratifying, has escaped the national standardization. Its people show a character that is immensely different from the character of, say, New Yorkers or Californians. They retain, among other things, the anthropomorphic religion of an elder day. They do not profess it; they actually believe in it. The Old Testament, to them, is not a mere sacerdotal whizz-bang, to be read for its pornography; it is an authoritative history…. So crediting the sacred narrative, they desire that it be taught to their children, and any doctrine that makes game of it is immensely offensive to them. When such a doctrine, despite their protests, is actually taught, they proceed to put it down by force.