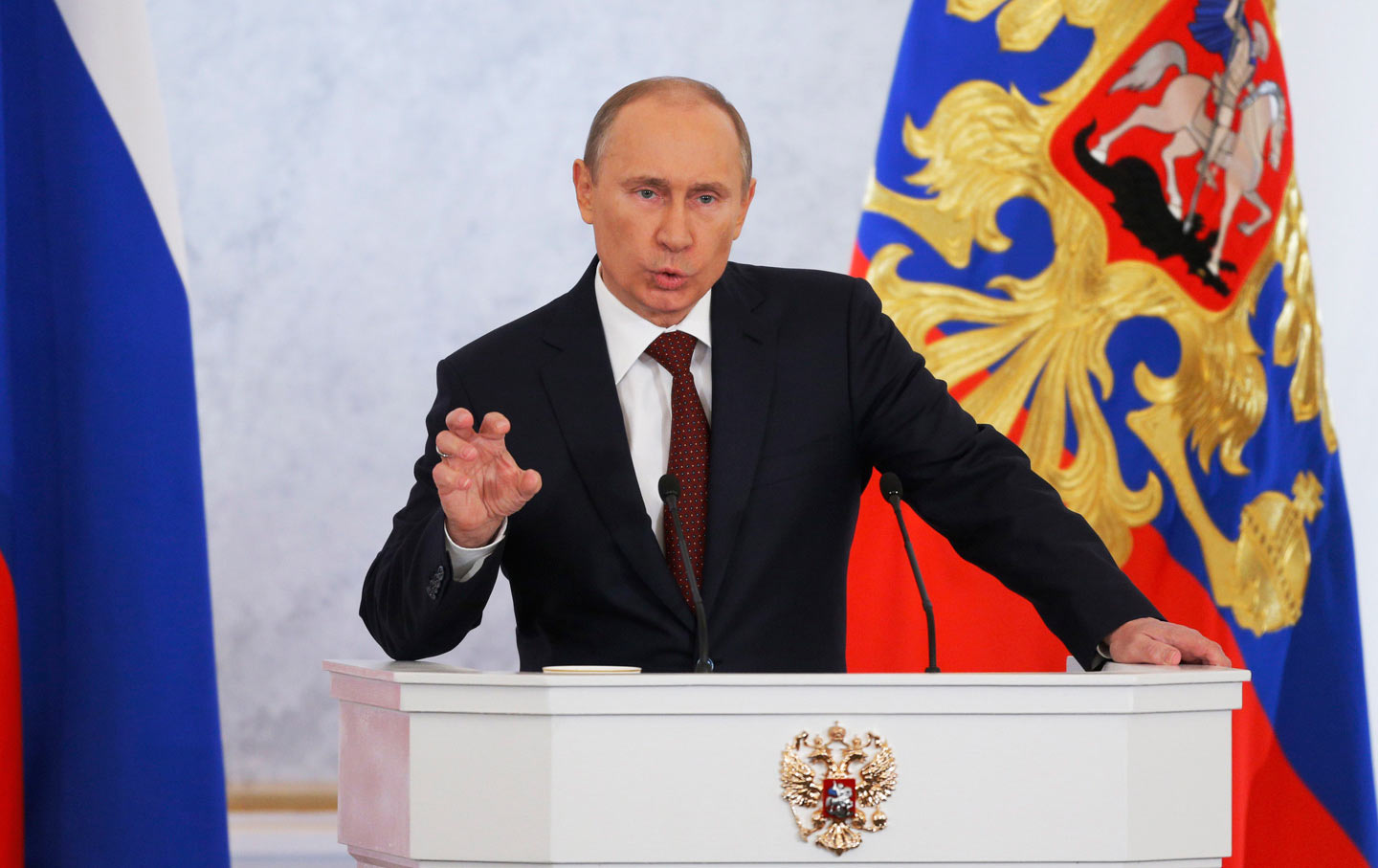 The first casualty of war is truth. That phrase, variously attributed to the Greek dramatist Aeschylus and the early-20th-century California Senator Hiram Johnson, sums up where we are today. The United States is already in a Cold War 2.0 with Russia. Continued ignorance by the press and politicians could lead to the total hot war we narrowly escaped the first time around.1

Such ignorance is on display at the commanding heights of our press. Recently, New York Times columnist David Brooks built a column in part around the idea that Russian ultra-nationalist and revanchist Alexander Dugin is Vladimir Putin’s ideologist. There’s just one problem: He’s not.2

In December 2013, I was invited to give a lecture on inequality at Moscow State University, in honor of the late Pitirim Sorokin, the Russian intellectual who established Harvard’s sociology department. It was there that I met Alexander Dugin. In a city rife with rumors and intrigue, some whispered that he had become an adviser to Putin. Dugin is a public intellectual of note in Russia’s ultra-nationalist circles, but none of his colleagues I spoke with, or other politically connected figures in Moscow, could confirm Dugin was advising Putin.3

Dugin is an advocate for reincorporating Ukraine, Kazakhstan, and Belarus into a “Greater Russia.” Thus, if he were Putin’s ideologist, one could surmise Putin had a program for rebuilding Russia’s empire.4

Putin has been known to characterize those advocating for military adventurism as irresponsible.

Putin, always sensitive to his right flank (the military and ultra-nationalists), likely has his political party, United Russia, engaged in dialogue with figures like Dugin. But that hardly makes Dugin “Putin’s ideologist.” In the summer of 2014, Dugin was, in fact, fired from his post at Moscow State University, Russia’s most prestigious institution of higher education, after publicly pushing the “Greater Russia” line and criticizing Putin’s failure to take more aggressive action on Ukraine. This would be a curious outcome if he were Putin’s adviser. Putin blames the USSR’s collapse in part on expensive, reckless adventurism and has been known to characterize those advancing such action as irresponsible. Dugin’s dismissal from his university post was an embarrassment for the American commentariat asserting the Dugin/Putin link. Yet the high-profile David Brooks is still at it. Dugin does make the rounds among states where deplorables presently govern, e.g., Hungary and Turkey. But there is no evidence he does so on behalf of Putin.5

Putin is frequently cited as trying to dismantle Ukraine. He illegally seized Crimea—a previously Russian territory with a Russian majority population given to Ukraine by the Soviet leader Nikita Khrushchev and inherited by them once the USSR dissolved—and he has supported ethnic Russians in the Donbas civil war. Rather than driving that war, he is criticized from his right flank for not doing more to ensure separatist victory. The former leader of the separatist forces in the “Donestsk People’s Republic,” former intelligence officer and Russian czarist, Igor Girkin (aka Strelkov), stated, “I’m the one who pulled the trigger of war, ” not Putin. Furthermore, he has said, “I’m an inconvenient figure for them, they don’t know what to do with me: am I a hero or a terrorist? They can’t arrest and jail me because it would be seen as bowing to the West to call me a terrorist. But to give me honors is also inconvenient for them, so I’m in this strange gap.” While Putin is responsible for Russia’s continued presence in the Donbas, it is his right flank that both launched that war and works to prevent an exit from it.6

Then there are the Baltic countries. American media and politicians often assert that Putin wants to occupy them. Here it would be good news if Dugin were Putin’s ideologist, because Dugin has told me personally that, while Belarus, Kazakhstan, and Ukraine are “Russian,” he emphatically is against incorporating the “Western Baltic states into an Orthodox Greater Russia”—a point also emphasized in his publications. While Russia does appear to be experimenting in the Baltics with what is sometimes termed “hybrid warfare” (political influence, economic penetration, etc.)—ineffectively, thus far— the biggest actual threat to the Baltic nations is their offshore banks, where vast sums of money have poured in from dubious sources throughout the post-Soviet states over the past 25 years. This money has boosted the Baltic economies, but it has also generated rampant corruption, especially in Latvia. This past year significant pressure from the United States government on Latvia to curtail this activity has finally started producing results.7

The Fight Over a Trump-Putin Détente Begins

Trump, Russia, and the Return of Scapegoating, a Timeless American Tradition

Détente Now: A New Call for Peace, Security, and Cooperation

Fears of Russian occupation among residents of the Baltic countries are understandable. Their collective populations are smaller than New York City’s and they live next to the successor state to the Soviet Union, which illegally annexed them in 1940. Yet while devising legitimate plans for self-defense, the Baltic countries should be careful not to overreact. The historical circumstances that led to the 1940 occupation are absent today. Russia no longer needs Baltic ports, since Putin spent vast sums developing northern ports likes Primorsk to reduce Russian dependence on those in Estonia, Latvia, and Lithuania. Putin also wants to attract European investment in Russia, which would disappear if he annexed countries in the EU territory and potentially launched World War III by invading NATO territory. But if Putin were replaced by someone to his right, such an occupation might occur.8

Putin is more of a realist than an ideologue, and while there is no doubt that he rules as an autocrat at home, he can be engaged by the United States with interest-based realism. The United States and Russia both have military/intelligence-industrial complexes fueling this Cold War 2.0, with media in both countries playing a supporting role. The situation could quickly spiral out of control. Neither Russia nor the United States should be given a free pass, but neither should they be working to increase tensions. The United States need not support Putin, but they should be mindful that revanchists on his right flank, like Dugin, look to build a “Greater Russia.” The United States should act cautiously. Putin’s fall might not bring democracy but instead the rise of the revanchists and a Cold War that turns hot.9