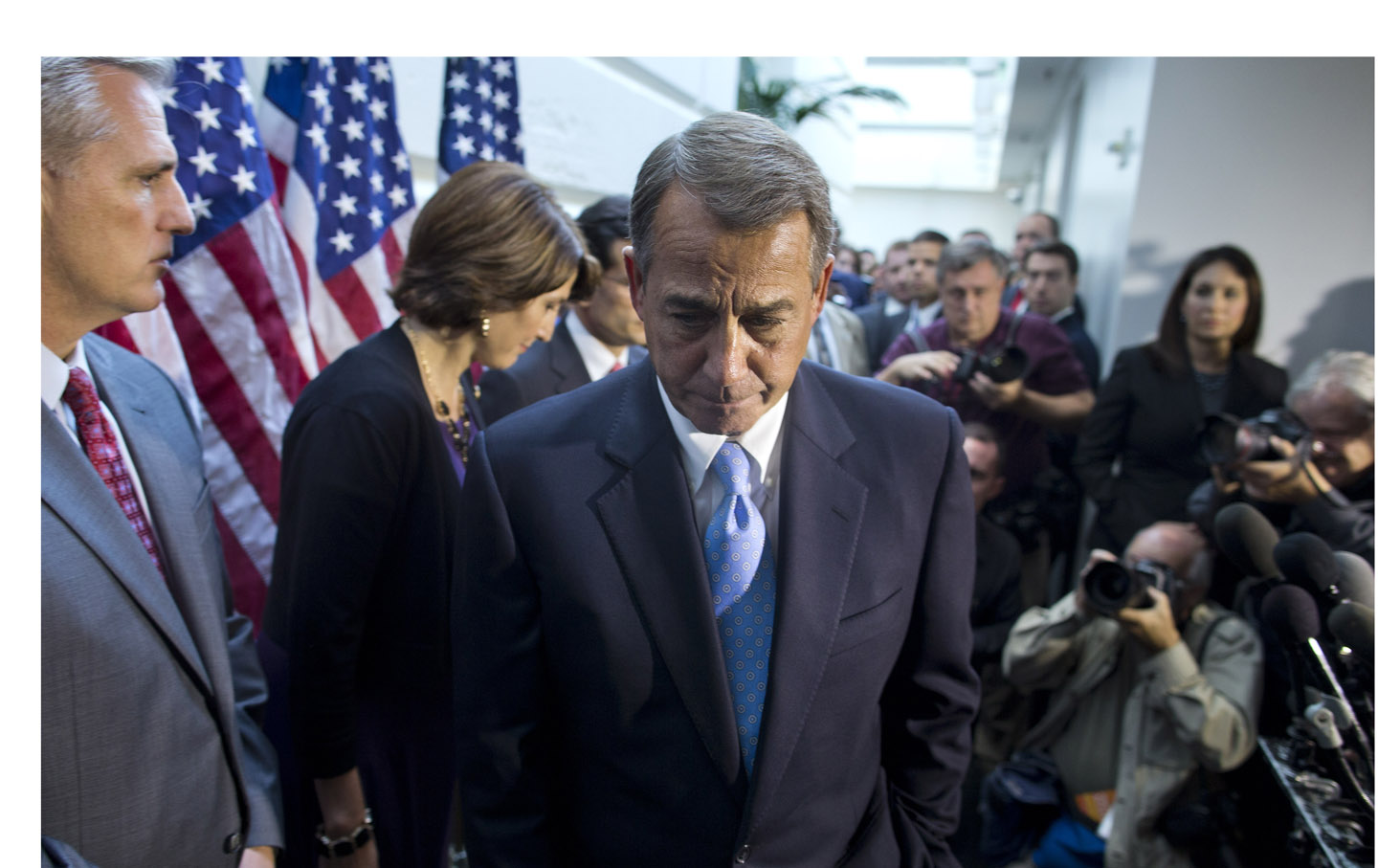 Let’s get one thing clear about John Boehner: His problem was not that his position on abortion was too liberal.

Boehner’s resignation as Speaker of the House and from his congressional seat, which he announced to his Republican colleagues on Friday morning, is intimately tangled up in the squabble over federal funding for Planned Parenthood—though Boehner has clashed with the conservative wing of his caucus repeatedly since the Tea Party takeover that brought him to power in 2010. Buoyed by a series of undercover videos taken by anti-abortion activists, conservative members of the GOP have been pressing Boehner to tie a measure stripping funds from the healthcare organization into a must-pass budget bill.

Democrats blocked the legislation in the Senate on Thursday, and President Obama has promised to veto it if it reaches his desk. So Boehner had two choices: capitulate to the hardliners in his party by refusing to allow a vote on any measure that includes Planned Parenthood funding, thus leading to a government shutdown; or allow a vote on a “clean” funding bill that would keep the lights on for another few months, while continuing to attack Planned Parenthood and abortion access through separate legislation.

Members of the House’s far-right flank, along with conservative presidential hopeful Ted Cruz, have accused Boehner of wavering on core conservative principles. But the disagreement was not really about ideology: It was about tactics. When it comes to abortion and other women’s health issues, Boehner is just about as conservative as they come. Indeed, The New York Times recently described him as “the most passionate opponent of abortion ever to wield the speaker’s gavel.”

As Speaker, Boehner has made it a priority to pass bills that would narrow the definition of rape, permit hospitals to deny abortions to women even in emergency situations in which they might die, and to ban abortions after 20 weeks. He has a 100 percent rating from the National Right to Life Committee. He’s fought aggressively against the requirement that most employers’ health insurance plans cover birth control. He’s voted 17 times to deny women in the military the right to use their own money to receive abortion care at hospitals abroad. He’s won multiple awards from anti-abortion groups. He’s referred to the late congressman Henry Hyde, one of the most vehement opponents of abortion and the namesake of the Hyde Amendment, as his “hero.”

In other words, it wasn’t enough that Boehner has made limiting access to abortion a focus of his political career; he had to be willing to shut down the government also. But a shutdown won’t have any impact on abortion access, or even on Planned Parenthood. The funding in question cannot be directed towards abortion care except under very rare circumstances, and it is exceedingly unlikely that a shutdown could convince Democrats and the White House to accept a budget that cuts it, particularly since the public remains broadly supportive of providing funding for the organization. Boehner understood that the shutdown was only a symbolic fight, one that might burnish the hard-line credentials of presidential hopefuls like Cruz but ultimately have no real policy effect, while damaging the party politically. (It’s worth noting that if conservatives were to somehow prevail in their quest to defund Planned Parenthood, it would actually cost taxpayers $130 million over a decade, according the Congressional Budget Office.)

By resigning, Boehner appears to have succeeded in kicking the shutdown can down the road. The Washington Post reports that the Freedom Caucus, which is made up by the most conservative members of the GOP in the House, has agreed to support a short-term funding bill that does not affect funding for Planned Parenthood. But the issue will probably come up in a few months when Congress is again tasked with passing a spending bill. By that time the GOP will have installed a new Speaker, one that hard-liners hope will be more sympathetic to their tactical choices. Practically, it’s hard to imagine how the next leader could surpass Boehner’s legacy in seeking to restrict choice, though surely they’ll try.