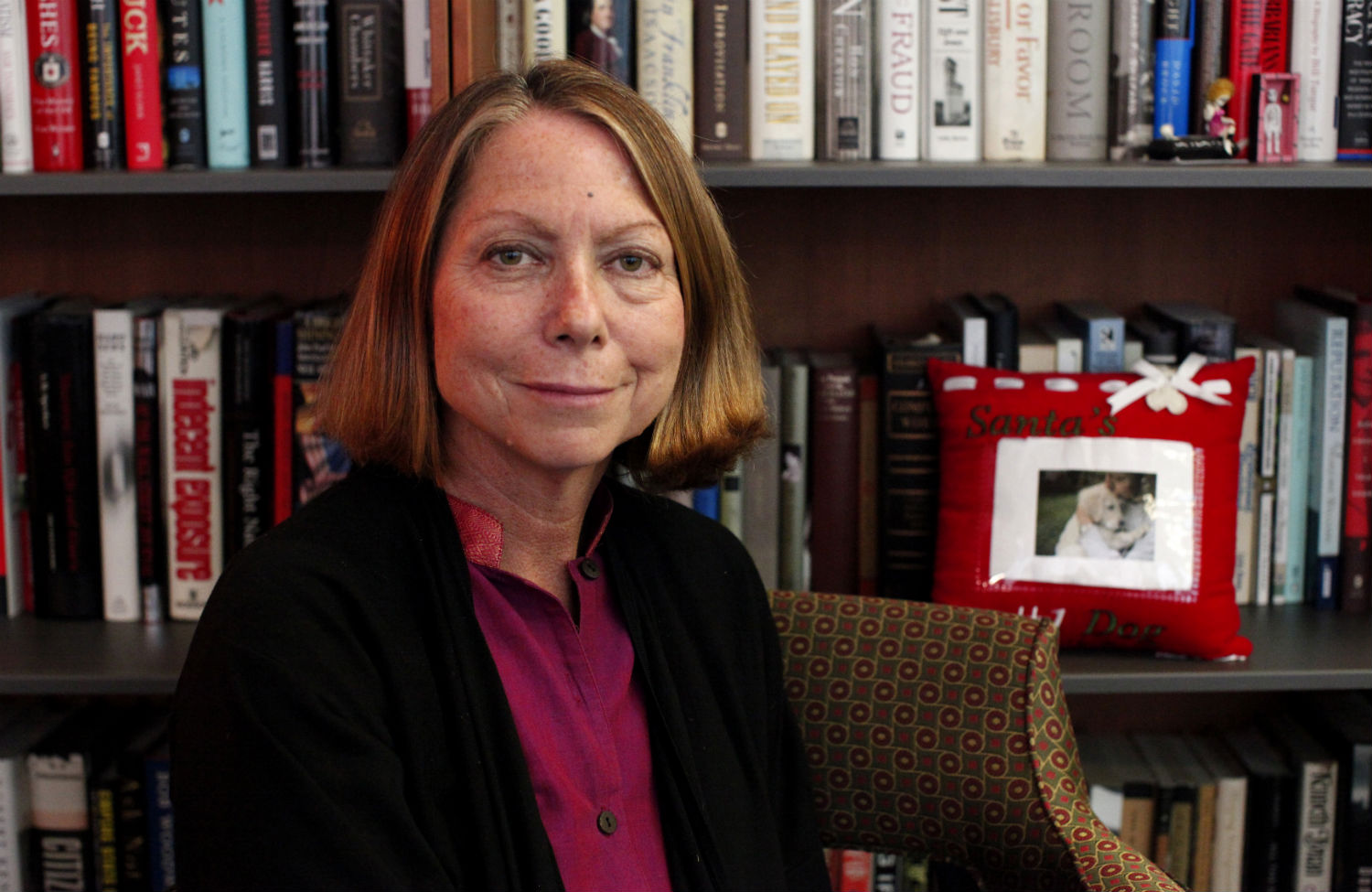 Here is something that’s been lost in the coverage of The New York Times’s abrupt, humiliating firing of Jill Abramson: in most of her publicly aired conflicts with publisher Arthur Sulzberger Jr. and CEO Mark Thompson about the future of the institution, she was clearly in the right.

There are two intertwining narratives of Abramson’s downfall, and both probably have some truth to them. The story that’s gotten the most attention, of course, is about sexism. “Several weeks ago, I’m told, Abramson discovered that her pay and her pension benefits as both executive editor and, before that, as managing editor were considerably less than the pay and pension benefits of Bill Keller, the male editor whom she replaced in both jobs,” Ken Auletta reported in The New Yorker. “’She confronted the top brass,’ one close associate said, and this may have fed into the management’s narrative that she was ‘pushy,’ a characterization that, for many, has an inescapably gendered aspect.”

The Times denies this, but unless it’s disproven, women across the country have reason to find it chilling. If one of the most powerful women in the world, helming an organization that champions equal pay, might have been punished for advocating for herself, what hope is there for the rest of us?

But if Abramson’s demise is about gender, it’s also about newsroom values—and here, the implications are almost as troubling. At NYMag.com, Gabriel Sherman describes how she clashed with Thompson over native advertising or ads designed to look like editorial content. He writes about how she resisted Thompson’s push for a greater emphasis on online video, and about how she enraged him by sending a journalist to investigate his role in the unfolding Jimmy Savile sex abuse scandal at the BBC, which he led before going to the Times. In all of these conflicts, she was right, and in two of them, she was defending fundamental journalist principles.

The first is the most clear-cut. Native advertising may be becoming increasingly common online, but that doesn’t make it less of a journalistic violation. It is, after all, explicitly designed to fool readers—to make them think they are reading not an ad but a dispatch from a trusted news organization. It’s frankly shocking that the Times was even considering it, much less that resistance to it was a black mark against a woman tasked with preserving the integrity of the newsroom.

There’s no ethical problem with pouring resources into video, but it’s still not a good idea. There is, in fact, something a little desperate about print organizations rushing into a field that doesn’t play to their strengths. Text is simply a better medium for delivering the news, which is why even TV news websites like CNN and MSNBC are so text-heavy. Those newspapers that have invested heavily in video have little to show for it. Consider The Washington Post’s Post TV, which Laura Bennet wrote about in The New Republic last year, describing it as one of the paper’s “biggest expansion investments in the last decade.”

“The production is often sleek, but the fidgety miscellaneousness of the programming, the sense of an organization trying on new identities and casting them off before our eyes, says a lot about the current state of the Post. It’s a strange little window into an old school newspaper’s wild bid for new eyeballs,” wrote Bennet. One employee told her, “I have zero clue why it exists or what the point is, and would honestly love to know.”

Now, Post TV may be particularly bad, but newspaper-produced videos in general have a hard time finding an audience. A new report from Columbia J-School’s Tow Center for Digital Journalism looks at newspapers’ foray into online video and finds that very few people are watching. “For the newspapers we visited, videos reached 500 to 1,000 plays on average,” it says. “There was the occasional viral hit or successful documentary, but in most cases, videos didn’t get more than a few thousand views.” This is a case of panicked executives who’ve lost confidence in their own media lurching into a field in which they have no real competence. It will not save newspapers.

And then there’s the investigation into Thompson’s history at BBC. “After Thompson had been hired for the job but before he’d started, Abramson sent Matthew Purdy, a hard-charging investigative reporter, to London to examine Thompson’s role in the Jimmy Savile scandal at the BBC,” writes Sherman. “Abramson’s relationship with the two executives never recovered. ‘Mark Thompson was fucking pissed,’ a source explained. ‘He was really angry with the Purdy stuff.’ So was Sulzberger. ‘He was livid, in a very passive-aggressive way. These were a set of headaches Jill had created for Arthur.’”

They may have been pissed, but they were wrong. This was a major story about a powerful executive and a sexual abuse coverup, and Abramson was proving her editorial independence by covering it. ‘[T]rust in the BBC has plummeted because of a scandal set off in part by the network’s decision to halt a reporting project on decades-old accusations of child sexual abuse against Jimmy Savile, the network’s longtime host of children’s and pop music shows,” wrote Matthew Purdy in a resulting piece. “Controversy over the canceled investigation was already brewing [the previous March]. It fully erupted in early October, just after he left and began preparing for his new job as president and chief executive of The New York Times Company.” The suggestion Abramson should have ignored this story because it embarrassed a powerful Times hire says something troubling about the paper’s priorities.

So does an internal report on the paper’s digital strategy obtained by Buzzfeed. The product of a task force led by Sulzberger’s son, the report is mentioned in several stories in relation to Abramson’s firing—the implication being that it represents a critique of her leadership. But if it turns out that Abramson went down fighting the sort of ideas the young Sulzberger was championing, all Times readers have reason to be grateful to her.

To be sure, plenty in the report is perfectly sensible, urging the paper to improve its search engine optimization strategies, capitalize on its archives and use subject tags to organize content. It’s certainly a big problem that The Huffington Post gets more traffic out of Times stories than the Times itself does. But the report also argues the abandonment of some core journalistic principles. Lamenting insufficient attention to social media, they write that “traditional reporting skills are the top priority in hiring and promotion,” as if that’s a bad thing. They urge greater collaboration between editorial and business—something Abramson was known to resist—calling on the paper to “abandon our current metaphors of choice—‘The Wall’ and ‘Church and State’.” One of the success stories it mentions involves Ashton Kutcher retweeting a link to Nick Kristof’s columns on sex trafficking.

There’s also a great irony embedded in the report. It spends a lot of time urging Times journalists to do more self-promotion. “The notion that journalists should be their own promoters has become a bedrock principle at our competitors,” says the report. Yet according to Bloomberg, one reason Abramson clashed with her publisher was because he disliked all the promotions she did. “She had taken to giving interviews and appearing on panels without consulting the company, a move that rankled Sulzberger, according to two people,” reported Edmund Lee.

None of this, of course, means that Abramson was a good manager—lots of journalists, ornery and combative by nature, aren’t. But she was a savvy steward of the most important journalistic institution in the country who deserves a far better sendoff than the one she got. One can only hope that her successor keeps fighting some of her battles.