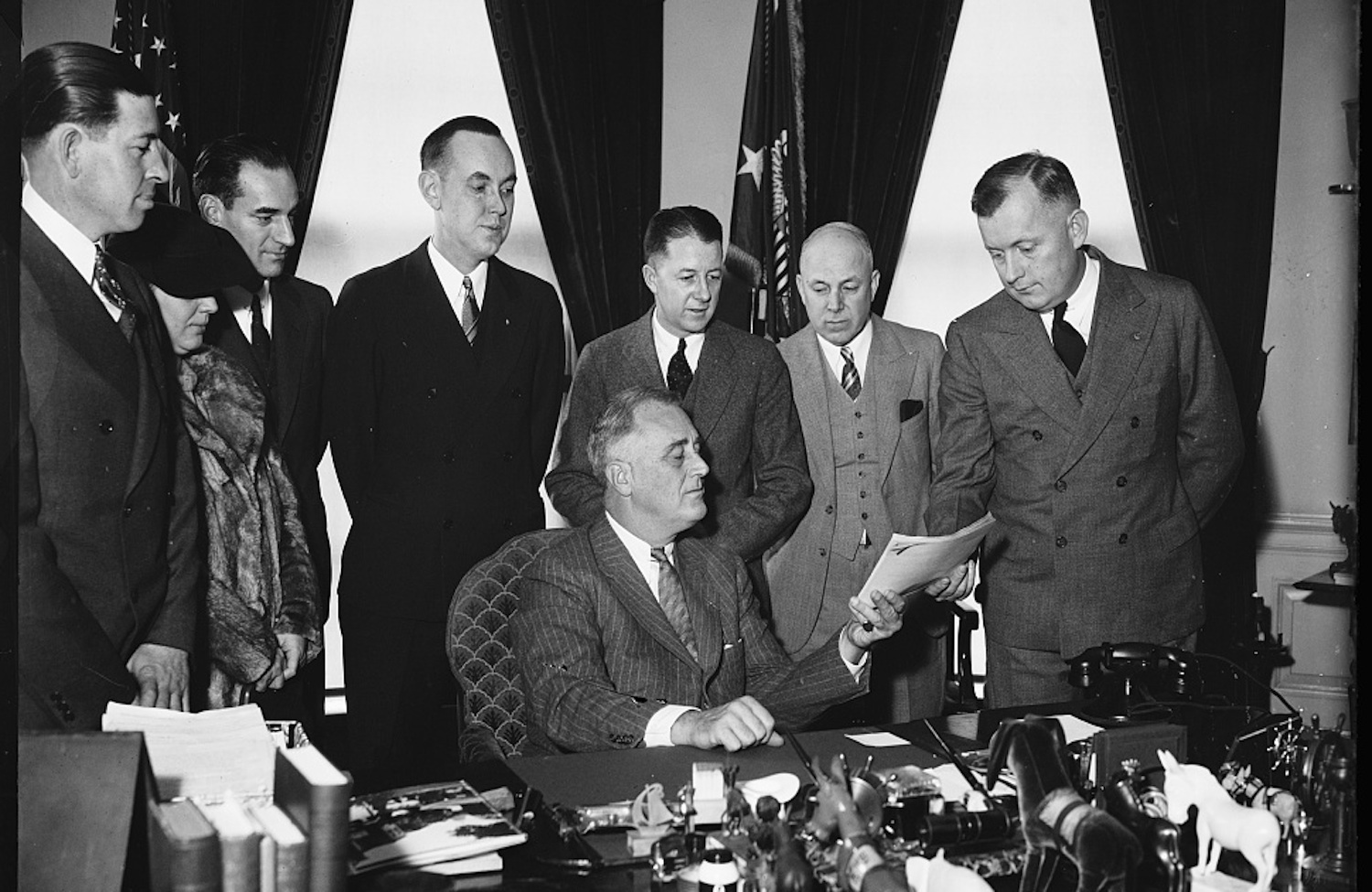 President Roosevelt thanks radio operators for helping receive messages of goodwill on the occasion of his second inauguration. Photo via Library of Congress.

This was the first time a presidential inauguration took place on January 20, rather than March 4, as initially prescribed in the Constitution. The adjustment was provided for in the Twentieth Amendment, proposed in early 1932 and ratified in January 1933. The first president to be newly inaugurated as president on January 20—rather than for a second, third or fourth term, as for Roosevelt, or to begin a new term after having completed his predecessor’s, as for Truman—was Dwight D. Eisenhower on January 20, 1953. In an editorial note in the issue of January 30, 1937, The Nation reviewed FDR’s second inaugural address.

We doubt that the inaugural address will go down in history as a great state paper. Neither in its literary quality nor in the tenor of its program did it carry conviction. There was a thin but pleasant sort of rhetoric about it, and it was drenched in a moral good-will, but it failed to recapture the ringing faith, the clear call to action, and the decisiveness of the first inaugural address. Either Mr. Roosevelt must have some sort of reluctancy to bring out his best powers, or else we have grown immune to his generalities during the last four years. Yet the address might have been far worse. It might have struck the “era of good feeling” note, or the complacent note of America’s return to the pre-1929 Golden Age. That would probably have been Mr. Langdon’s inaugural, had he been given a chance at one. Instead, Mr. Roosevelt dedicated himself to reaching the “happy valley” of permanently improved living standards under democratic procedures. His address was distinctive as a picture, drawn for the first time by an American President, of poverty under capitalism. But the President did not make clear, even in general terms, how he would reach the happy valley. Is it to be by a steady and gradual march to a firm control over industry? Or is it to be by dotting the i‘s and crossing the t’s of the old New Deal?