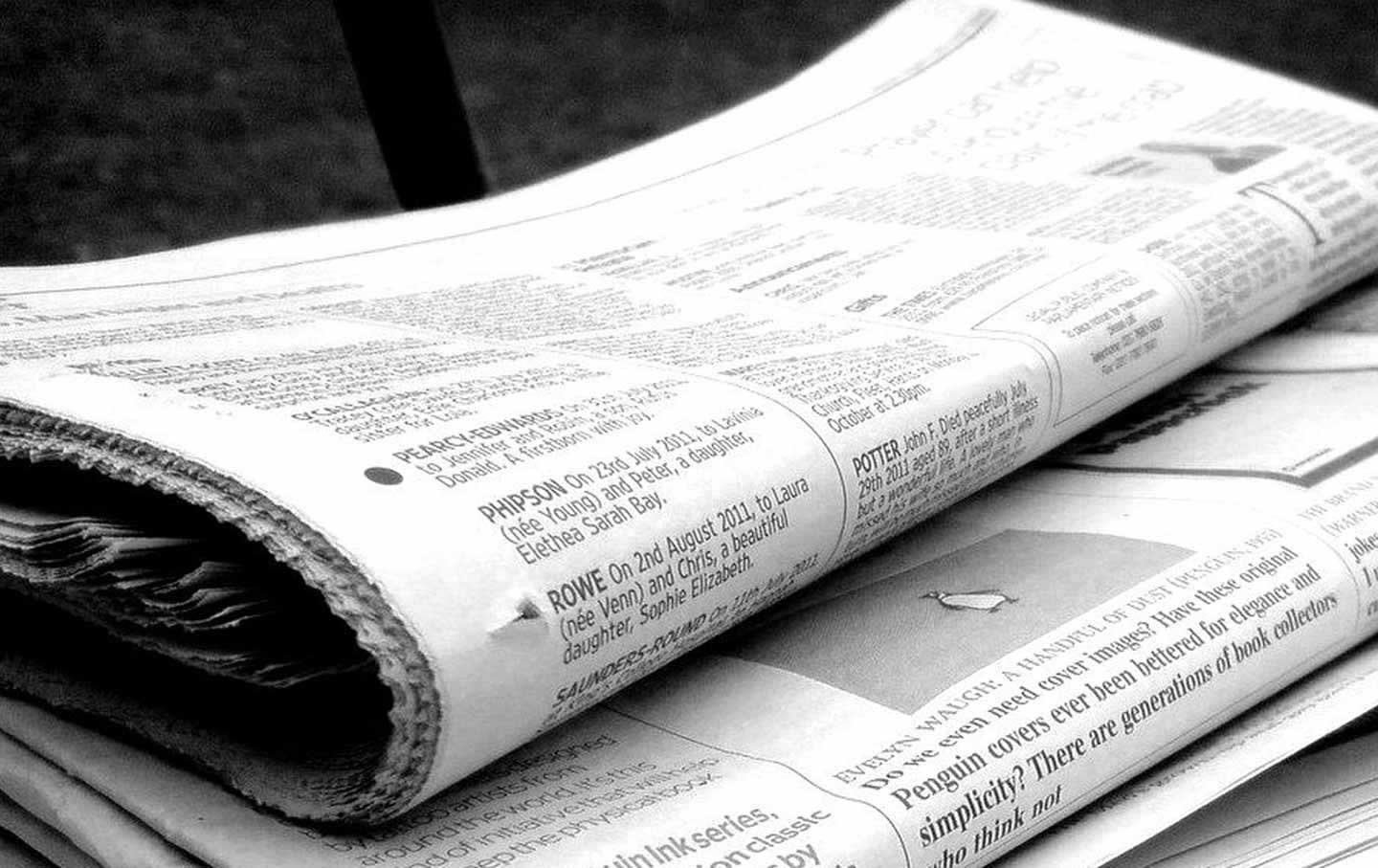 The Washington Post’s editorial page disgraced itself recently with a frontal attack on its own news division. The September 17 missive masqueraded as a demand that President Obama deny Edward Snowden’s plea for executive clemency, falsely blaming Snowden for a series of actions that were taken not by the famous whistle-blower but by the newspaper itself. (Snowden revealed nothing; the Post and The Guardian did.) Leaving the argument’s lack of merit aside, the editorial probably came as a significant surprise to many of the paper’s readers. After all, as The Nation’s Katrina vanden Heuvel pointed out on the Post’s op-ed page, the paper “submitted these articles to the Pulitzer Prize board, seeking and rightfully winning a Pulitzer for public service.”

Glenn Greenwald, one of the reporters originally contacted by Snowden (and portrayed in the new Oliver Stone movie, Snowden), took the opportunity to argue that if the Post’s editorial-page editors “had any intellectual honesty at all,” they would be “accepting institutional responsibility for what they apparently regard as a grievous error that endangered the public.” But a focus on “institutional responsibility” is exactly the wrong way to look at this conflict. What it does demonstrate—aside from the cravenness of the editorial’s anonymous authors—is the iron wall that separates news judgment from editorial judgment at The Washington Post. As Barton Gellman, who shared the Post’s Pulitzer with Laura Poitras for their Snowden reporting, has observed: “It’s a good thing” for the Post, “and for journalism, that the opinion staff has no say in what counts as news.”

Journalists take pride in the wall between news reporting and editorial judgment. But the news consumers don’t recognize it.

Newspaper journalists tend to take pride in this separation. However, it creates nothing but confusion among news consumers. Not long after the Post editorial ran, the paper’s media reporter, Paul Farhi, wrote an article in which he accurately asserted: “Fact is, there really is no such thing as ‘the media.’ It’s an invention, a tool, an all-purpose smear by people who can’t be bothered to make distinctions.” And yet poll after poll demonstrates that most people fail to make such distinctions. When conservatives attack “the media,” their concern is primarily with the elite corporate media, which set the standard against which the entire scrum is measured. They insist, almost without exception, that reporters are liberals and that their reporting is biased against conservatives. I would argue—and have done so, at book length, more than once—that this contention is demonstrably false: Simple accuracy is what so annoys conservative complainers. But from a social-science standpoint, this assertion is almost impossible to prove because of the lack of stable standards or controllable variables through which one might conduct a scientific study. Even the definition of terms is subject to debate.

What is not debatable, however, is that conservatives have convinced many, if not most, Americans that “the media” have a liberal bias. Here is where the split between news and editorial feeds the misperception. It is a given among sensible people that the Republican Party has detached itself from reality in recent years. (The only debatable point is exactly when the seams began to tear.) This is why not a single reputable newspaper—even those that have endorsed every Republican presidential candidate since 1890—has endorsed Donald Trump for president. At the same time, the news reports in these papers have gone out of their way to feign respect for Trump’s bizarre beliefs, often creating a sense of false equivalence between his malevolent lies and Hillary Clinton’s exaggerations and occasional carelessness.

And yet many readers get the exact opposite impression: Because the editorial pages are all anti-Trump, people assume that the news coverage must be as well. Making the same mistake that Greenwald made, they assume “institutional responsibility” even though the editorial and news operations have no connection with each other. What’s more, they apply this judgment to all media and end up internalizing a right-wing talking point that is really just a tactic designed by Republican political operatives to “work the refs” in favor of their clients. It’s no coincidence, therefore, that public trust in the US media has fallen to its lowest point since at least 1972, according to a recent Gallup poll.

My proposed solution to this problem is to do away with unsigned editorials, especially political endorsements. Let those making the arguments take personal responsibility for their positions without the burden of “institutional responsibility.” Once upon a time, newspapers—and therefore their owners and editors—may have deserved the privileged political voice so many enjoyed in their communities. They were locally owned, civic-minded institutions that took those responsibilities seriously. Today, most newspapers are part of multinational conglomerates that care a great deal more about the profits of their parent companies than the communities they supposedly serve. And thanks to the Internet, these communities are rarely geographically based. Think about it: Why should readers in Washington, DC, care what a bunch of editorialists serving at the pleasure of a Seattle-based billionaire think is best for them? Why should New Yorkers care what Rupert Murdoch thinks about anything?

According to a 2007 Pew survey, fewer than three in 10 Americans thought their local newspaper’s endorsements had any effect on their votes. One can assume this number has dropped precipitously with the decimation of the newspaper business. In extremely rare cases, an endorsement may matter. But most serve only to confuse readers about the nature of the news and (falsely) confirm the conservative narrative of liberal bias. Ironically, this belief often leads reporters to bend over backward in an effort to demonstrate fair-mindedness toward foolish conservative arguments.

Journalists should feel free to make whatever arguments they wish in whatever form their employers feel comfortable publishing. The egos of a few editorial writers and newspaper owners may take a hit, but the credibility of the profession and the quality of our democracy will be significantly improved.