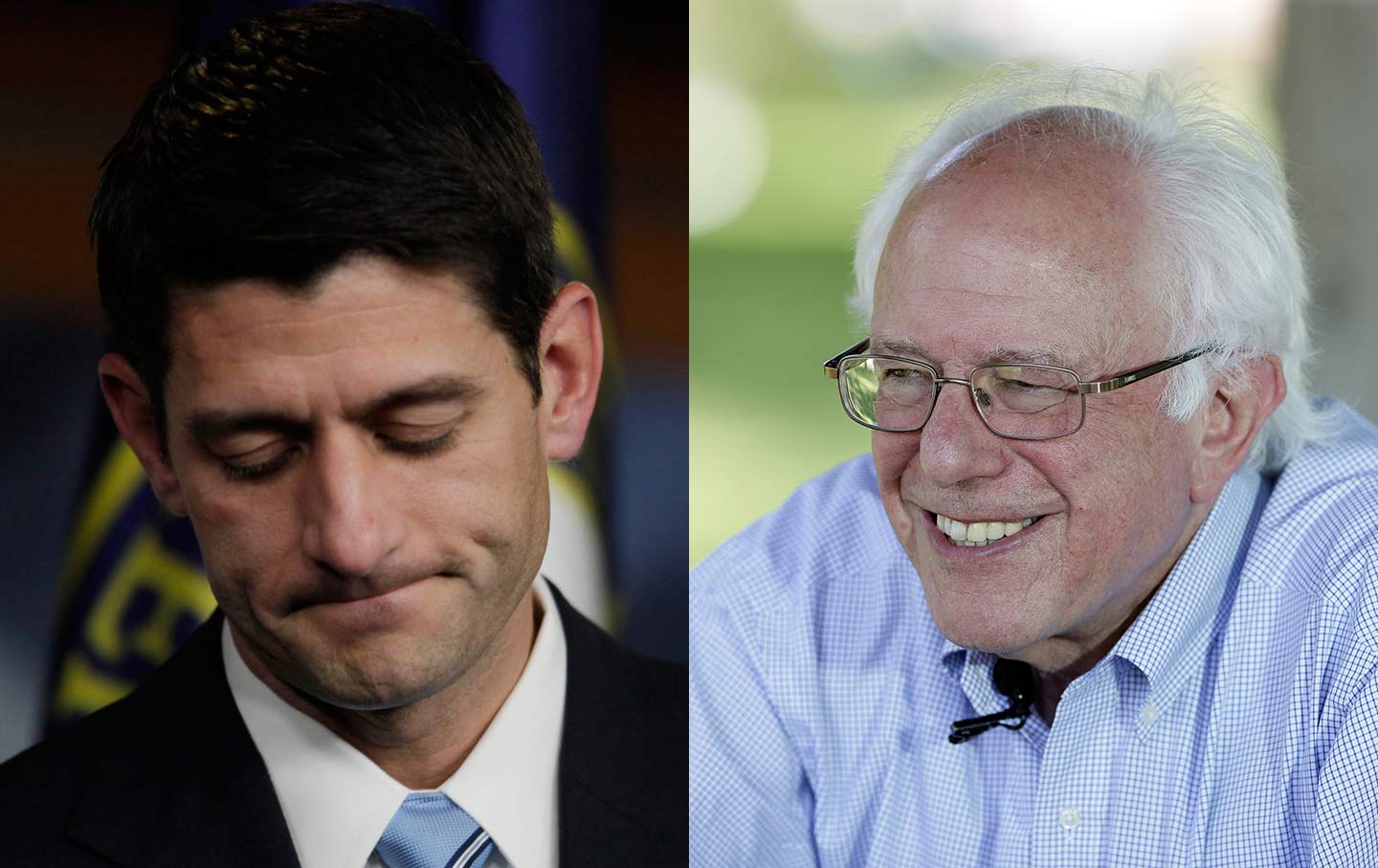 Paul Ryan tried to scare some enthusiasm into Republicans by invoking the image of an empowered Bernie Sanders.1

Instead, he empowered the senator from Vermont—and gave millions of Sanders backers nationwide something to get excited about.2

At a gathering of Young Republicans on October 14, the speaker of the House spent most of his time not mentioning Republican presidential nominee Donald Trump. But Ryan did encourage Republicans to turn out in order to thwart what he refers to as “the liberal progressive” agenda. To make his point, the speaker warned, “If we lose the Senate, do you know who becomes chair of the Senate Budget Committee? A guy named Bernie Sanders. You ever heard of him?”3

Republicans in the room and around the country took little note of the speaker’s attempt to save his down-ballot partisans. But progressives—especially those who had supported Sanders in his bid for the Democratic presidential nomination—embraced Ryan’s comment. While it remains unclear whether Sanders would chair the Budget Committee or the Health, Education, Labor, and Pensions (HELP) Committee, there is little doubt that the democratic socialist from Vermont would be a powerful player in a Democratic Senate.4

Paul Ryan helped raise more money from small donors for Democrats in three days than he did for Republicans in three months.

That this prospect unsettles Ryan was greeted with relish on social media, as Sanders followers declared, “Let’s make it happen.”5

Sanders saw an opening, and he grabbed it. The senator took to Twitter—“I heard what @SpeakerRyan said: If the GOP loses the Senate, I’ll be the Budget chairman. Sounds like a good idea…”—and urged his 3.76 million followers to donate to Democrats who are seeking to overturn Republican majorities in the Senate and in the House chamber where Ryan presides. The Sanders team launched a “We Heard You Paul!” appeal to small donors.7

Ryan’s remark has turned into such a goldmine for progressive politics that the Sanders camp is now thanking the speaker.9

“Let’s thank Speaker Ryan for helping us raise $2.4 million this week from 500,000 contributions and show everyone how powerful the political revolution still is by using the hashtag #ThanksPaul across all social media channels today,” the Sanders camp announced Monday.10

Sanders and his allies have never shied away from a fight with the most right-wing and rigidly partisan House speaker in American history. And they are winning this one.11

Comparing their total with the speaker’s efforts in the months of July, August and September, the Sanders team celebrated the fact that “Paul Ryan helped raise more money from small donors for Democrats in three days than he did for Republicans in three months.”13