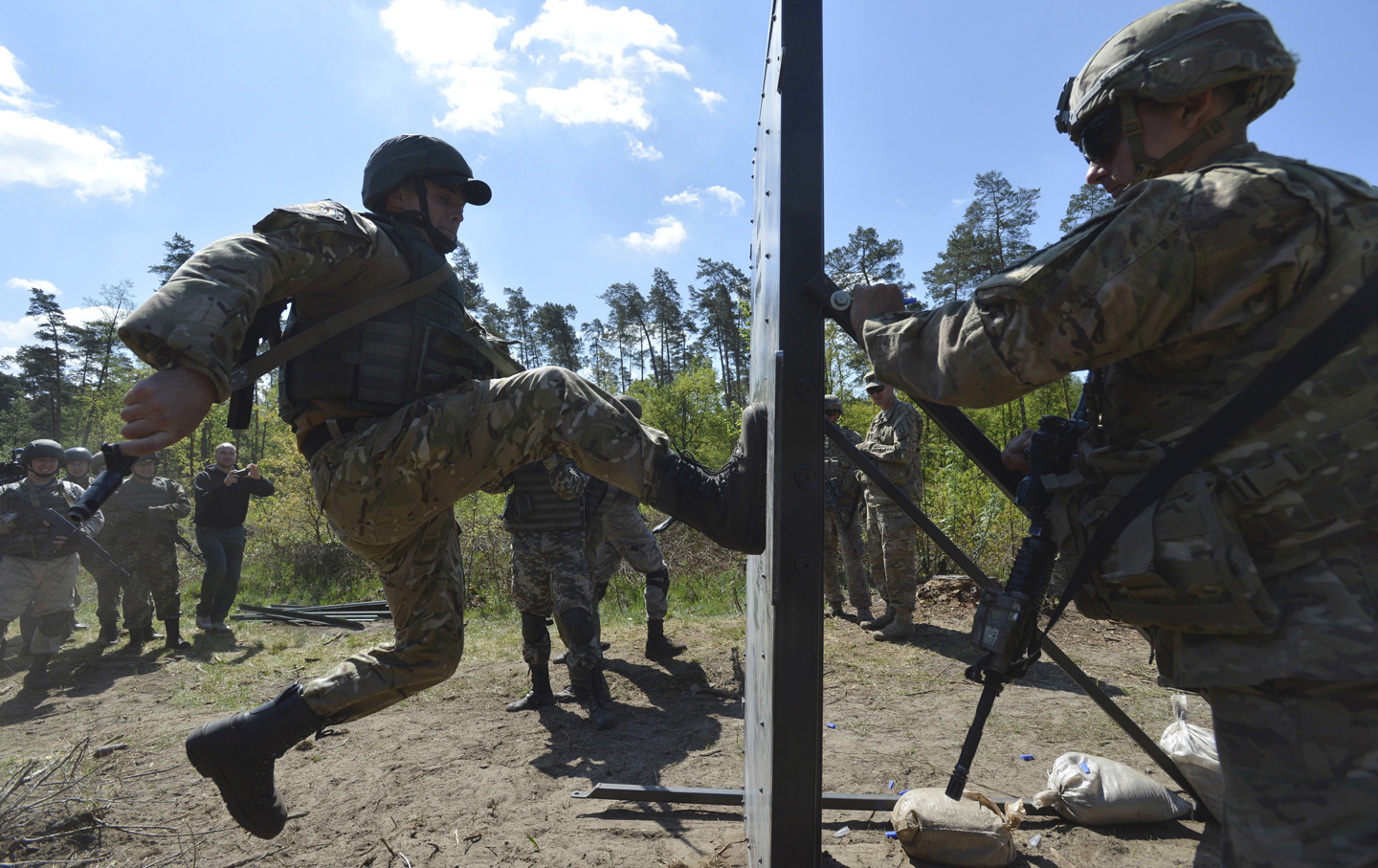 A US Army serviceman trains Ukrainian soldiers during a joint military exercise in Ukraine. (Reuters / Oleksandr)

Nation contributing editor Stephen F. Cohen and John Batchelor continue their weekly discussion of the Ukrainian crisis and New Cold War. This installment begins with signs that Washington and Kiev may be planning to force the rebel Donbass regions of Donetsk and Luhansk out of Ukraine because they cannot be defeated militarily and because their continued instability disqualifies Ukraine for NATO membership. Cohen reports that the alternative—an all-out US-Kiev-NATO assault on the Donbass, with the real prospect of war with Russia—is also being considered. Another subject discussed is the growing US “colonial” presence in Ukraine, now in the historic (and substantially Russian) province of Odessa. More generally, Cohen asks if the United States is sliding incrementally into war in Ukraine, as it did many years ago in Vietnam. The installment ends with a brief tribute to Robert Conquest, the great Anglo-American man-of-letters and historian of Soviet Russia, who died last week at age 98, and whom Cohen knew well for 50 years.