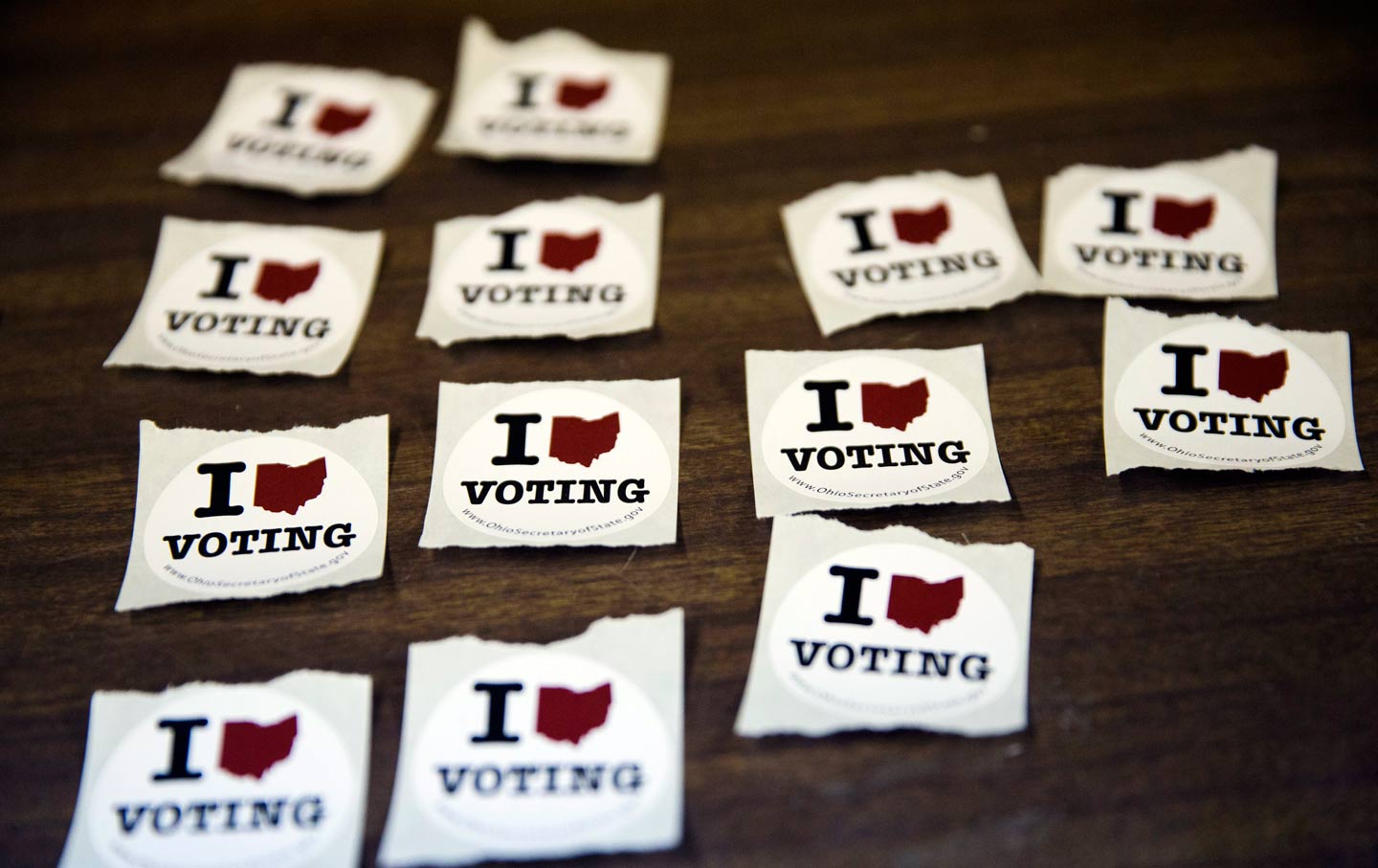 Stickers are set on a table for voters who have cast their ballots in the primary election on March 15, 2016, in Chesterville, Ohio. (Matt Rourke / AP Photo)

Jill Stein has raised almost $7 million to pay for recounts in Wisconsin, Michigan, and Pennsylvania.  John Nichols says it won’t make Hillary president, but it is a worthwhile electoral practice. Critics on the left say the real problem is vote suppression, voter disfranchisement, and the Electoral College.

Also: We’re still thinking about Fidel Castro, who died Saturday—Katrin Hansing, who has studied and written about Cuba for two decades, and served as a leader on The Nation’s Cuba trips, comments.

And Walter Mosley, author of the Easy Rawlins mysteries, proposes a “shotgun marriage” between capitalism and socialism.