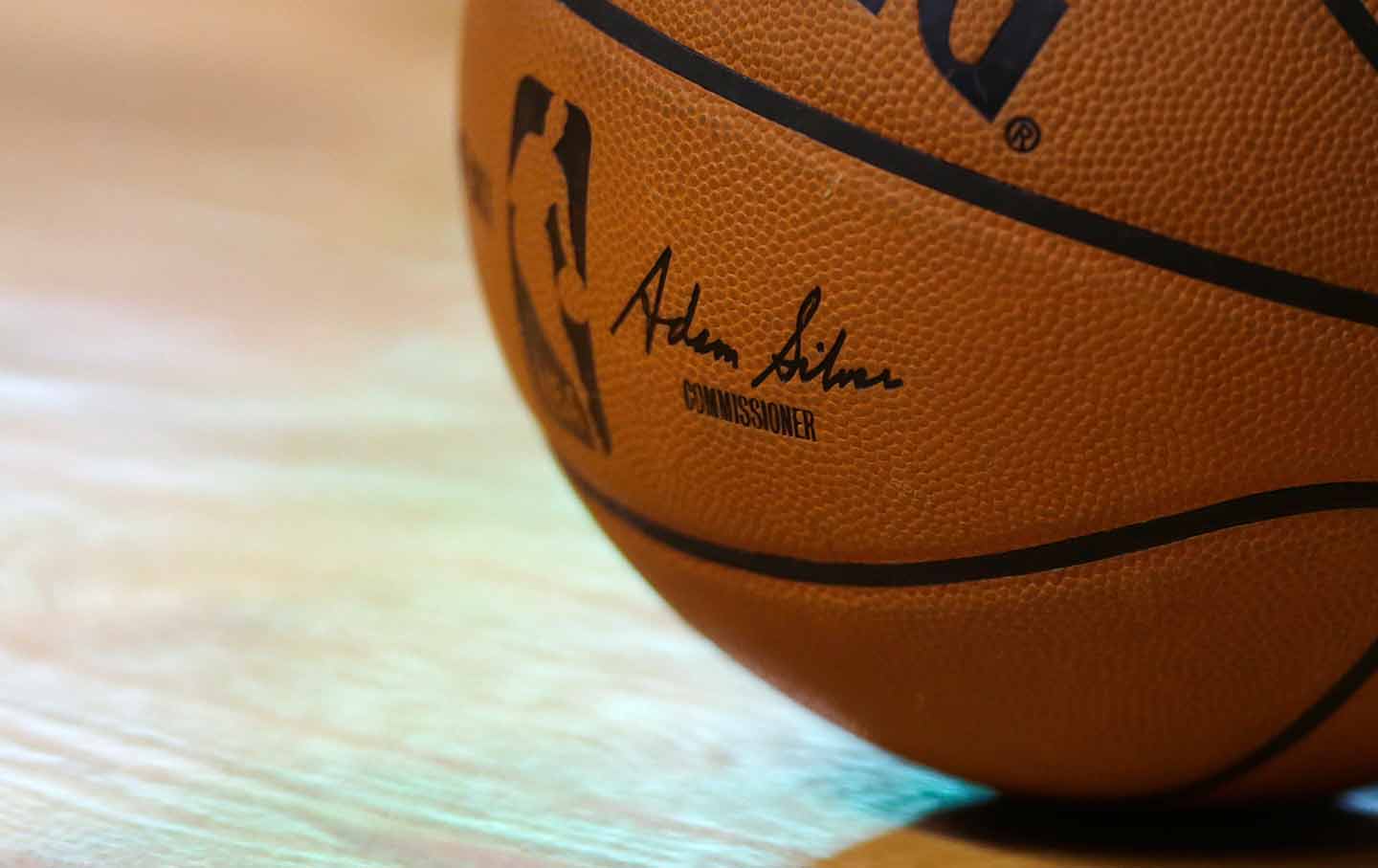 On September 7, as reported by ESPN, all NBA players received a letter co-signed by commissioner Adam Silver and National Basketball Players Association executive director Michele Roberts. With apologies to the movie Jerry Maguire, the letter was less “memo” than “mission statement”: a joint call signaling not only the league’s tolerance but also its embrace of players who use the NBA platform to exercise their political voices. Silver and Roberts write:

None of us operates in a vacuum. Critical issues that affect our society also impact you directly. Fortunately, you are not only the world’s greatest basketball players—you have real power to make a difference in the world, and we want you know that the Players Association and the League are always available to help you figure out the most meaningful way to make that difference.

This memo could be read as a refreshing approach in a pro-sports landscape that often treats political athletes with hostility, if not contempt. It could also be read as a kind of surrender: a recognition that in these highly polarized times, it’s better to work with political athletes rather than alienate them. It could also be seen—remember that this letter went public as soon as it was sent—as savvy marketing: telling fans that the players they cheer are not treated in the NBA as disposable brands. The NBA is saying that it understands, even if other leagues do not, that no one goes to a game to watch the owners’ box. But I would argue—pardon the mixed sports metaphor—that this is all best understood a high and tight fastball, a brush-back pitch by the ear of the National Football League.

Currently the NFL looks downright hostile to its own players as well as to many fans. Colin Kaepernick remains unsigned, despite godawful play at the quarterback position. The process for punishing players for off-field issues lacks agreement with the union, and now suspensions regularly turn into extended courtroom dramas that exhaustingly drag these stories out for weeks at a time. Ratings are down and that can no longer be speciously blamed on Kaepernick.

The NBA, by putting out this letter, is sending a message to not just its players but also to NFL fans, as well as telling young athletes that they are the league of tomorrow. Or at least that the NFL is the league of 80-year-old, Trump-loving owners who want to keep athletes in their place and are more comfortable, to quote Rev. Jamal Bryant, with concussions than players of conscience.

That the letter is signed by both Silver and Roberts could also be seen as subtle shade thrown at the relationship between Roger Goodell and De Smith, and the enmity that exists in football’s labor relations. Timing the letter with the start of the NFL season was especially cheeky, a poke at a league that appears increasingly alienated from its own existence.

Yet, while many pundits have praised the letter, there is an unspoken question: Is it even accurate? What would happen in the NBA if a player did choose to “pull a Kaepernick” and kneel during the anthem? When players in the WNBA did so, they were fined by the league, fines that were later rescinded after the ensuing outrage. In addition, unlike the NFL, the NBA has in its rule book that players will remain standing and lined up for the anthem. What if a player did try to break those rules?

There is a saying that “you don’t know where your chains are until you decide to move.” For all of the laudable social consciousness displayed by NBA players, none have chosen to “explore the studio space” of what is truly allowed when it comes to dissent. What if a player chose to speak out—as did Seattle Seahawk Michael Bennett—against the “goodwill-ambassador tours” to Israel, so beloved by Benjamin Netanyahu, not to mention Adam Silver? What if a player refused to wear their uniform as long as a brand was affixed to it, especially if it was a company that the player found morally objectionable? Would the response be as generous?

We know what has been driving these this resurgence in political athletes: the resurgence of racist violence, a disturbing president, the inspiration of Kaepernick, and social media. If the political statements encroach on league PR objectives or profits, we will see just how patient Adam Silver remains with political players and how fierce Michele Roberts will be in their defense. Right now, this is a hypothetical, but, as we’re learning, these days hypotheticals get real as shit very quickly.