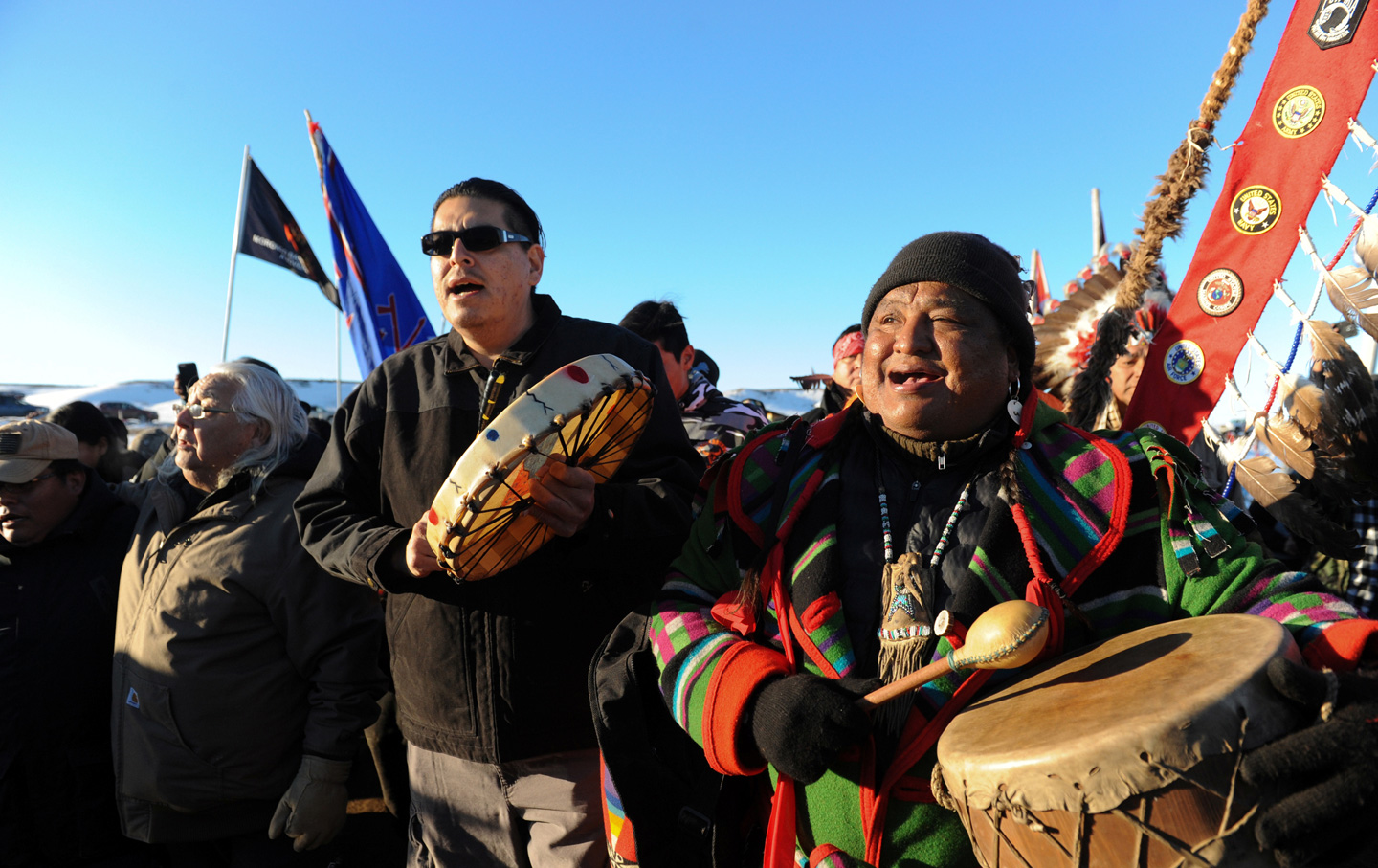 All organizing is story-telling, and the story that got told at Standing Rock was so powerful that ultimately the Obama White House had little choice but to go along.1

How the Active Many Can Overcome the Ruthless Few

The Lesson from Standing Rock: Organizing and Resistance Can Win

The decision by the Army Corps of Engineers not to grant the permits necessary for sending the Dakota Access Pipeline beneath the Missouri River is a tribute to truly remarkable efforts by Indigenous organizers, from the Standing Rock Sioux tribe to groups like the Indigenous Environmental Network and Honor the Earth. It’s also a tribute to the incredible power of civil disobedience, a tool I tried to describe in last week’s print edition of The Nation.2

But my analysis pales next to the actual story from the Oceti Sakowin encampment. There, the last few months have unfolded with almost eerie grace, and the textbook on nonviolent action has been revised and illustrated in the process. The highlights include:3

Taken together, all of that told an irresistible story, of the many and small and courageous against the militarized power of the state. (The local sheriff’s office was driving what were essentially tanks; they constantly bulked up in body armor and balaclavas.) And it played out against the larger story that all Americans know, the story of shame that is the treatment of this continent’s original inhabitants.4

The question now is whether similar tactics will be of use against Donald Trump. The answer, in the short term, is maybe and maybe not. Obama did his best to tie the hands of his successor; had they merely rejected the pipeline outright, he would have had a fresh start, but instead there’s an environmental impact review underway now, and with that comes certain legal constraints. Still, it’s entirely possible that Trump will simply sweep all that aside.5

Trump rode one zeitgeist wave to power, but the next one may wash him back to Mar-a-Lago.

If he does, he will take a hit to his popularity—a great many people, even among his ranks, understand that we owe a debt to Native Americans that can’t really be repaid. He will earn the unending enmity of every tribe in the country, and that will haunt his presidency in at least a small way. His racism will be proved. And he will seem the miniature marionette of the mighty oil industry, never a good look.6

But if he does approve the pipeline, and the Keystone pipeline, and a dozen other bad things, it’s still not a sign to abandon the fight. Because the real target of activists is always the zeitgeist. Trump rode one zeitgeist wave to power, but the next one, if we can make it build, may wash him back to Mar-a-Lago. Those waves don’t come from “power”—power reckoned that way is almost always in the hands of the wealthy. They come instead from the power of story. No one has ever told a tale truer or deeper than the Standing Rock Sioux.7