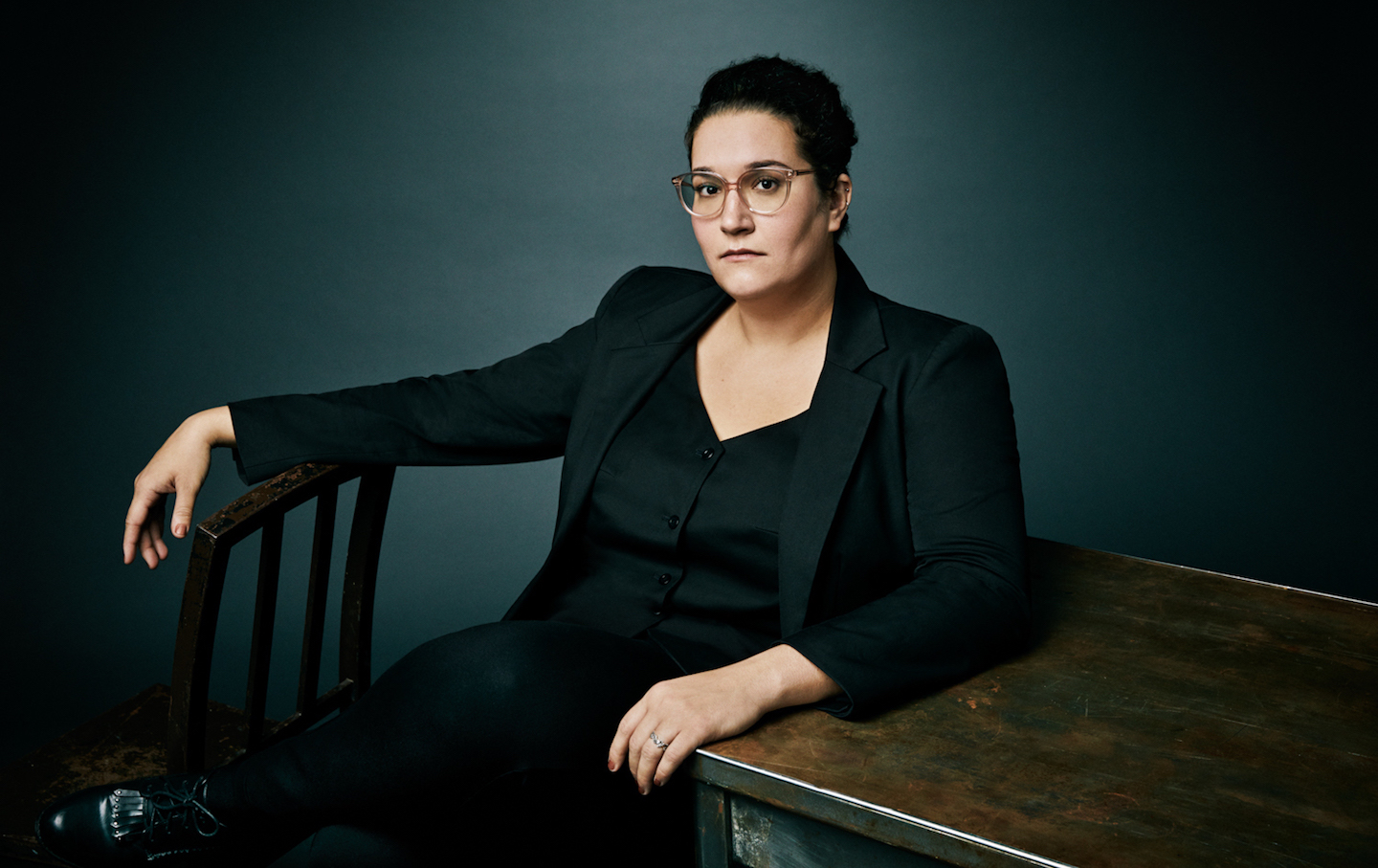 In Carmen Maria Machado’s memoir, In the Dream House, the titular home comes to represent all the different parts of her story. It is the book’s primary setting—a backdrop to the abuse Machado experienced during her first relationship with a woman—and one of its main characters, too. The house also represents a false promise: a place where relationships among queer people can exist without flaw. (Any idealized perception of queer relationships is complicated and dismantled by Machado’s writing.) Though its meaning shifts over the course of Machado’s delicately written memoir, one thing is made clear to us: The Dream House is quite real. In a section titled “Dream House as Not a Metaphor,” Machado writes, “If I cared to, I could give you its address, and you could drive there in your own car and sit in front of that Dream House and try to imagine the things that have happened inside.” With this provcation comes a warning. “I wouldn’t recommend it,” she writes. “But you could. No one would stop you.”

In the Dream House: A Memoir

What follows is an in-depth tour of the Dream House, in which Machado shares scenes from her life with her first girlfriend—another writer who remains unnamed throughout the book. Their relationship begins as a polyamorous affair between the woman, Machado, and Val (Machado’s present-day wife), until the woman decides to break things off with Val. The early phases of dating, for Machado, represented a sense of relief, or an affirmation after years of searching for someone. “You are lucky to have met her,” she writes. “You are not some weird, desperate mess. You are wanted.” And still, she hints at the looming darkness. After the woman asks if they can become monogamous, Machado confesses, “You laugh and nod and kiss her, as if her love for you has sharpened and pinned you to a wall.”

The through-line narrative of their relationship is rendered in a series of vignettes that detail accounts of verbal and emotional abuse, intimidation, manipulation, and deception. These are written in the second person, a choice Machado lays out in a section titled “Dream House as an Exercise in Point of View,” which explains how the “assured, confident woman” she identifies as before and after this relationship is “cleaved: a neat lop that took first person…away from second.” It’s an effective device that draws us in as not readers or voyeurs, but participants. Interspersed between these vignettes are flashes to Machado’s life as a young girl and a teenager and her life after the relationship, as a writer making sense of her past experiences.

There are also moments of cultural criticism, tracing, for instance, the historical context and significance of terms like “gaslighting,” or how new wave band ’Til Tuesday’s record label suppressed lesbian references in their seminal song “Voices Carry.” Machado also incorporates footnotes annotating the main text with tropes identified in Motif-Index of Folk-Literature, a multivolume catalog of folkloric elements, which, in tandem with occasional Gothic descriptions of the Dream House and allegorical writing, heighten the twisted fantasy of her narrative. This blending of genres and forms is a familiar trait in Machado’s writing. In her 2017 short-fiction collection, Her Bodies and Other Parties, Machado combines genres like horror, erotica, and speculative fiction to delve into the trauma and everyday physical, sexual, and psychological violence women endure. She approaches her memoir with a similar interest in combining genres; in using all the tools in her kit, she provides a new blueprint for writing about queer abuse.

Machado is quite clear in her mission behind this patchwork memoir. “I enter into the archive that domestic abuse between partners who share a gender identity is both possible and not uncommon,” she writes, “and that it can look something like this.” The archive, which here is the collective history of queer narratives, is lacking in this regard. What goes into it and what gets excluded is a political act, according to Machado. And through weaving together personal narrative, history, and theory as well as a deeper exploration of the emotional violence grappled with in her previous work, Machado attempts to reckon with the dearth of stories like hers, then turns the mirror outward, asking us to complicate our ideas of queerness.

To start, Machado takes us to her childhood. In “Dream House as Perpetual Motion Machine,” Machado recalls a time as an 8-year-old when a boy in class called their gym teacher—described as being physically stocky with short-cropped hair—a lesbian. “I had no idea what that meant; I’m not sure he did, either,” she writes. The exchange occurs briefly and almost as an aside to the main narrative of the section, which follows Machado as she sits in the grass during a class baseball game, ripping weeds and dandelions from the earth and rubbing the petals into her chin until the yellow smudges her skin. In this game, a yellow stain means you’re in love. “And so it goes that, even as children, we understand something we cannot articulate: The diagnosis never changes. We will always be hungry, will always want. Our bodies and minds will always crave something, even if we don’t recognize it,” she observes.

This juxtaposition of her younger self and this commentary on desire reveals another layer of Machado’s archival project. Before she unpacks the larger question of why there is so much silence surrounding the abuses that can happen in queer relationships, she presents us with a dilemma around the absence of language. To identify one’s own queerness, for example, is to recognize it in someone else first, to craft an association, a model. In the case of understanding abuse, the same may be true. Later, when the woman in the Dream House tells Machado “this is what it’s like to date a woman” after an explosive episode in which she screams at Machado for not responding to several text messages, Machado tells us, “[Y]ou believe her. And why wouldn’t you? You trust her, and you have no context for anything else.” 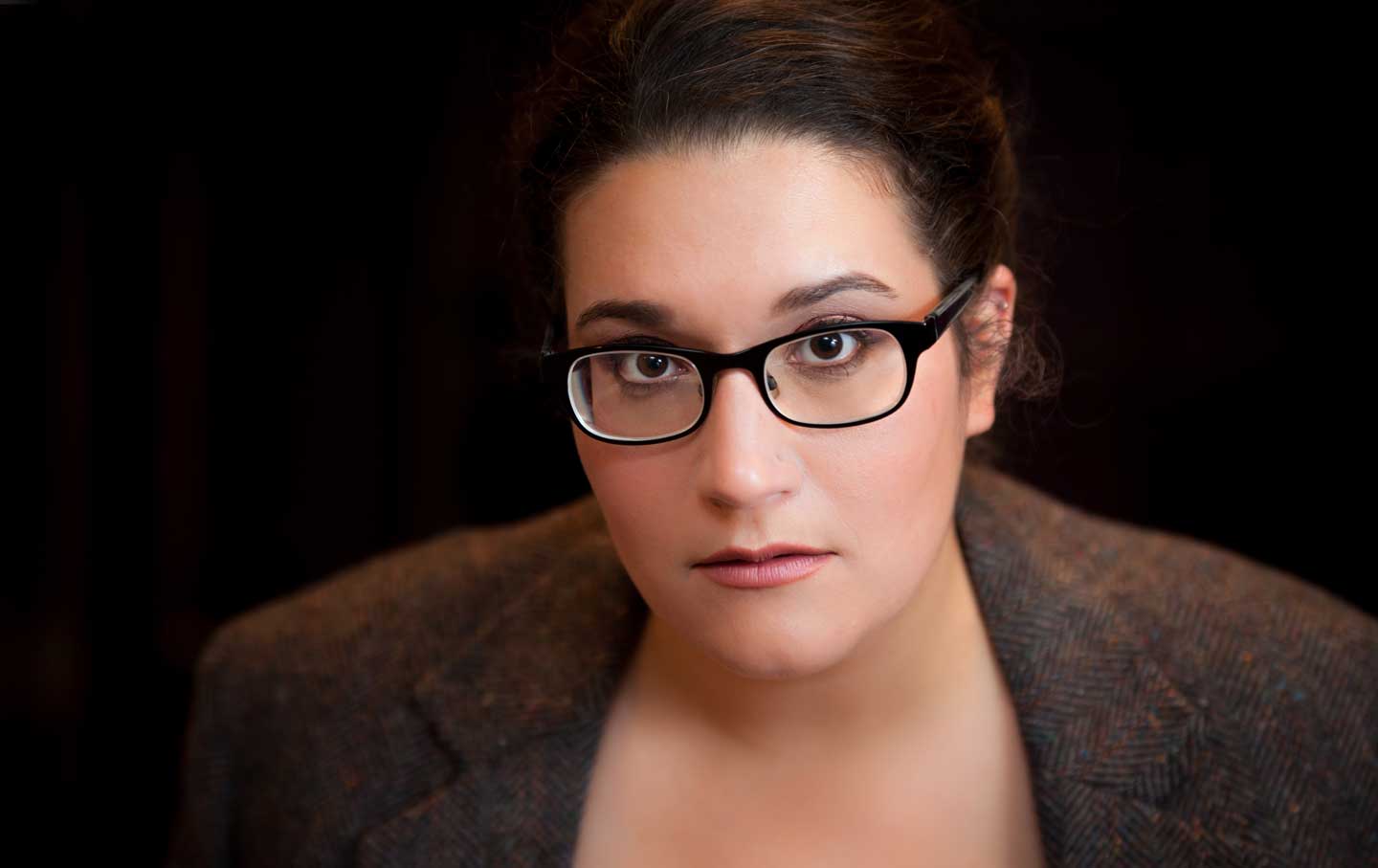 There is another question raised by the book: How are queer relationships portrayed in media, and which narratives are given the most space? Obviously, the realities are endless for queer people. But through her research on queer domestic abuse, Machado uncovered a number of accounts placing queer relationships on a pedestal. One story Machado cites comes from a woman, Lisa Shapiro, in the 1991 issue of Off Our Backs, a radical feminist journal that ran for nearly 30 years in the United States: “We are so good at celebrating our love. It is so hard for us to hear that some lesbians live, not in paradise, but a hell of fear and violence.” This illusion, according to Machado, is a large part of female queerness. In “Dream House as Fantasy,” she observes, “To find desire, love, everyday joy without men’s accompanying bullshit is a pretty decent working definition of paradise.”

Debunking the myth is crucial in expanding the scope of the queer experience. “Acknowledging the insufficiency of this idealism,” Machado writes, “is nearly as painful as acknowledging that we’re the same as straight folks in this regard: we’re in the muck like everyone else.” While the idea that a queer life is somehow better than hetereosexual living is a lovely one, there is a cost to this thinking.

Machado expands on this in a section titled “Dream House as Ambiguity,” which is immensely informative, if not infuriating, for what it reveals about the damages that can spiral out from institutionalized silence. She points out that domestic violence in queer relationships—specifically lesbian ones—wasn’t written about from within the community until the ’80s and ’90s, with the publication of anthologies like Naming the Violence: Speaking Out about Lesbian Battering. She discusses the long history of the dominant heterosexual culture ignoring or completely erasing queer women’s sexualities—to the point that domestic abuse within a lesbian relationship would seem outright unfathomable. But Machado offers a number of examples of queer women experiencing extreme physical abuse, women murdered by their lesbian partners, or women killing their female abusers. Machado is clear that the abuse she experienced in her relationship is not on the same level as these examples. “It may seem odd, even disingenuous, to write about them in the context of my experience,” she writes. “But the nature of archival silence is that certain people’s narratives and their nuances are swallowed by history; we see only what pokes through because it is sufficiently salacious for the majority to pay attention.”

Machado invokes her own tactics to get us to pay attention. In “Dream House as Choose Your Own Adventure,” we’re offered multiple-choice options on how to leave an abusive situation or try to de-escalate a hostile partner’s growing anger. One choice leads to a moment of doubt: “Are you kidding? You’d never do this.” Another, a question of character: “Here you are; a page where you shouldn’t be. It is impossible to find your way here naturally; you can only do so by cheating.” It’s an intense read as answers lead to dead ends, and at every turn we’re gaslit, our character and motivation scrutinized. Here, Machado calls us to question our own understanding of abuse, its range, and what it can do to the psyche.

Even though Machado does upend a lot of conventional knowledge about queerness, she is careful to assert that queer narratives are so often mangled under a dominant heterosexual society. “Heterosexuals have never known what to do with queer people, if they think of their existence at all,” Machado writes. Those of us who are queer need to turn inward to find truth about our lived experiences. We live in a culture, Machado explains, that makes such little effort to understand the experiences of queer people, let alone help them understand their own. “I didn’t know any queers. I did not understand myself. I didn’t know what it meant to want to kiss another woman,” she recalls. “Years later, I’d figured that part out. But then, I didn’t know what it meant to be afraid of another woman.”

By opening the channels for a larger conversation about domestic abuse within queer relationships, there is a sense here that what Machado is striving for is a chance to live more honestly, authentically—even if that means airing out the uglier parts of her community. Instead of feeling disillusioned or constrained by the realization that queer people can enact the same harms on each other as people of other identities, Machado finds something else. What In the Dream House offers as a resource, as an expansion of a literary archive, is permission to unburden ourselves. “And it sounds terrible but it is, in fact, freeing,” she declares, “the idea that queer does not equal good or pure or right.”