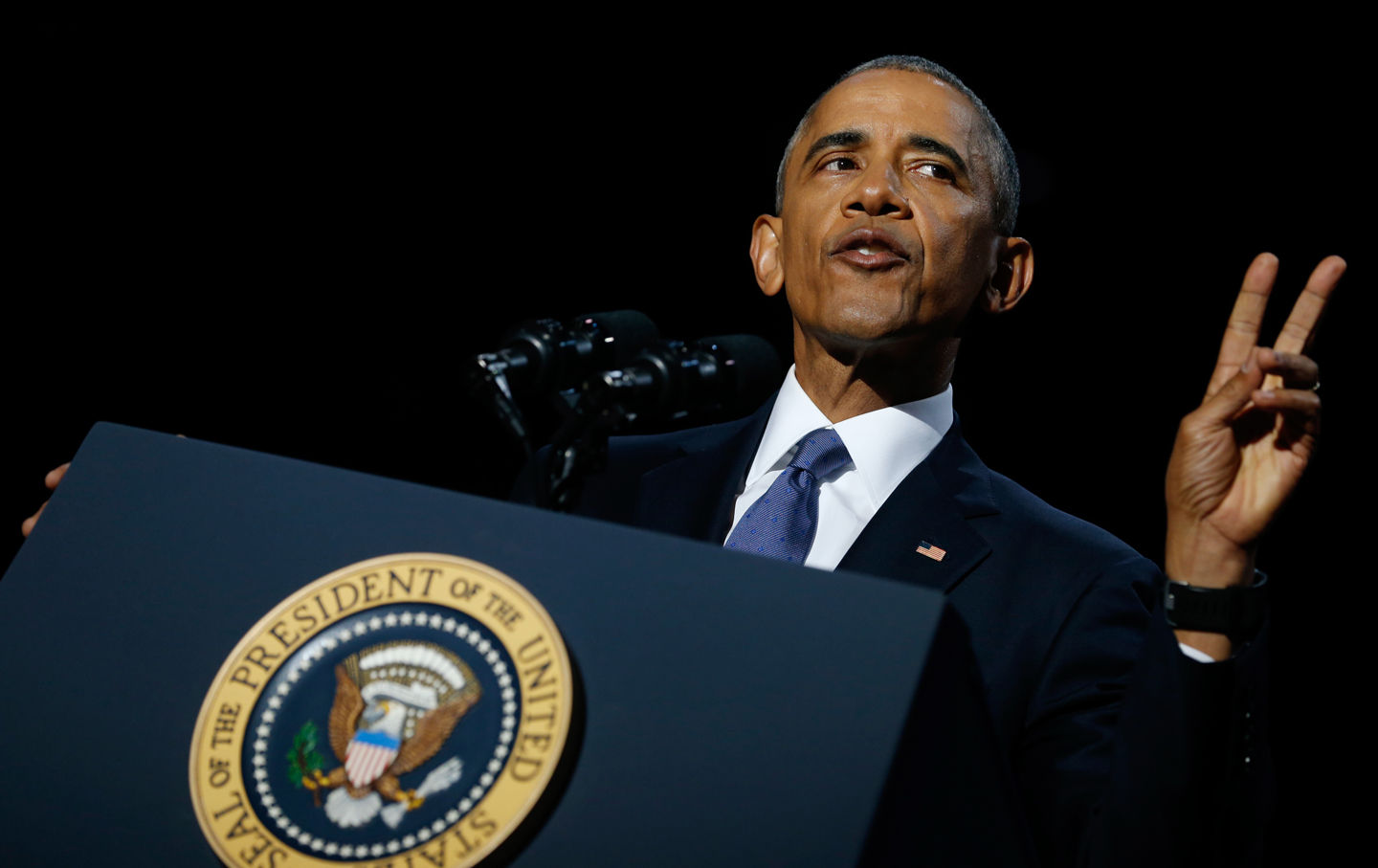 President Obama picked a bizarre moment to make his farewell address, unwittingly of course. Hours before the president spoke, a Charleston jury sentenced white-supremacist Dylann Roof to death for the June 2015 murder of the Emanuel Nine. Then CNN reported that intelligence officials told Obama and President-elect Donald Trump that while investigating Russian interference into the 2016 election, they learned Russian officials had compromising information on Trump. BuzzFeed added many unconfirmed details, some of them sexual.

The shocking news of the day shouted the dysfunction of the nation that elected Obama, the nation he tried to change, and the inadequately changed nation he is leaving behind. To observe that Obama’s election triggered the backlash that gave us both Dylann Roof and Donald Trump—and that his optimistic farewell address could not fully grapple with the threats they both represent—is not to blame Obama. The optimism of his speech was its own kind of resistance to Trump. But at moments, it felt surreal.

In Chicago, Obama, typically, took the high road. As first lady Michelle Obama told us at the Democratic National Convention: “When they go low, we go high.” (After Clinton lost, I reframed that: “When they go low, they go to the White House.”) The president went still higher. It will likely wear well, as a farewell speech, but it felt discordant with all the disturbing the news of the day. It was like Obama was leaving a time capsule for Americans to dig up after the Trump debacle, to discover who we were and who we could be again. And maybe that’s necessary.

In many ways, Obama delivered an update on his famous Reverend Wright speech, which helped make him president. But also, as I argued in my Obama legacy piece, that speech foreshadowed the racial and political gridlock of his presidency. Upon leaving, as upon arriving, he warned us:

If every economic issue is framed as a struggle between a hardworking white middle class and undeserving minorities, then workers of all shades will be left fighting for scraps while the wealthy withdraw further into their private enclaves. If we decline to invest in the children of immigrants, just because they don’t look like us, we diminish the prospects of our own children—because those brown kids will represent a larger share of America’s workforce. And our economy doesn’t have to be a zero-sum game. Last year, incomes rose for all races, all age groups, for men and for women.

He went on, admonishing first black people, then white people:

For blacks and other minorities, it means tying our own struggles for justice to the challenges that a lot of people in this country face—the refugee, the immigrant, the rural poor, the transgender American, and also the middle-aged white man who from the outside may seem like he’s got all the advantages, but who’s seen his world upended by economic, cultural, and technological change.

For white Americans, it means acknowledging that the effects of slavery and Jim Crow didn’t suddenly vanish in the ’60s; that when minority groups voice discontent, they’re not just engaging in reverse racism or practicing political correctness; that when they wage peaceful protest, they’re not demanding special treatment, but the equal treatment our Founders promised.

Obama urged his audience to embrace activism and resist defeatism. “If you’re tired of arguing with strangers on the Internet, try talking with one of them in real life,” he declared. “If you’re disappointed by your elected officials, grab a clipboard, get some signatures, and run for office yourself. Show up, dive in, stay at it.”

It was good advice for a shell-shocked progressive America.

Yet Obama’s address could have been delivered even if Hillary Clinton was the president-elect. It didn’t quite rise to the present danger. I understood it; we learned it in Obama 101. Optimism is his brand. He never mentioned either party. He railed against political “sorting,” which is one of the only national maladies about which we can honestly say “both sides do it.” But generally, he directed his mild criticism at all of us, not at the white backlash that elected Trump.

It was hard not to think about the way this optimistic Obama—who put his faith in the country’s goodness, and who was elected thanks to that—undermined his own legacy, with his trademark fairness and resistance to partisan infighting. There’s the well-known compromising with Republicans in his first term, when his compromises won him nothing but tougher opposition from the GOP. There’s also his decision to appoint Republican James Comey as FBI director. There’s no denying that Comey’s last-minute “Wait, there’s more e-mail!” intervention helped Trump win the election. On the same day as his farewell address, Comey told a Senate hearing that he would not talk about the FBI’s investigation into Trump’s ties to Russia. “We never confirm or deny a pending investigation,” he said. Independent Senator Angus King stated the obvious: “The irony of your making that statement here I cannot avoid.” In October, Obama also backed off on issuing a tougher public warning about Russian interference into the election when Senate majority leader Mitch McConnell wouldn’t go along.

Obama gave this speech to the America that elected him, personally—this extraordinary man, black but raised by white people; from a struggling family and also from the Ivy League, who represents the best of sentimental “American exceptionalism.” That America loved him, but some of it didn’t support many of his achievements, or endorsed successor, or his party. I’m not even sure that America exists anymore. One man can change a lot, but sadly, the change can be washed away. Let us hope this won’t be true about what Obama accomplished.