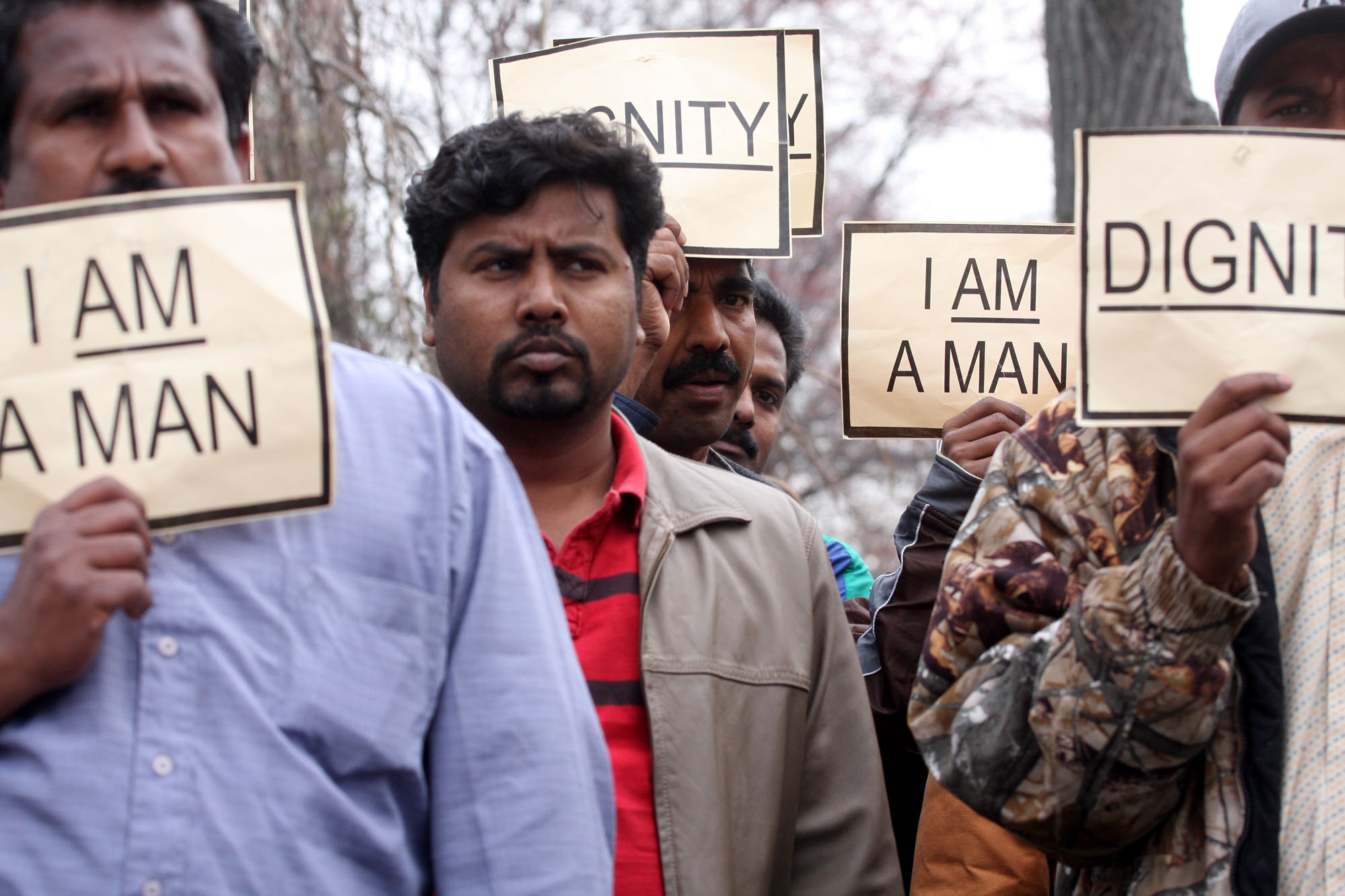 A federal jury recently awarded $14 million in damages to a group of courageous H-2B guestworkers from India who captured national headlines in 2008 when they exposed severe labor exploitation by a Gulf Coast ship and oil-rig builder called Signal International.

I first met the workers one Sunday in 2007, weeks after they arrived in the United States. They had stolen away from a labor camp on Signal’s property to attend a clandestine meeting with me in a small church in Mississippi.

They told me how agents of the company had promised them good jobs as welders and pipe-fitters, along with green cards and a better life for themselves and their families. The workers paid up to $20,000 each based on these false promises. Some took on crushing debt; others sold ancestral homes to buy an American Dream.

They arrived in an American nightmare, subject to brutal working conditions, living with twenty-four men in a trailer and facing constant threats of firing and deportation. Instead of green cards, they received temporary H-2B guestworker visas. Now they were asking me: How can we make the company keep its promises? I said: By taking collective action.

A year later, late one night in March 2008, hundreds of workers and I were huddled in a room in Mississippi, just hours before they launched their public campaign to expose Signal’s abuses. As the organizer, it was my job to prepare them.

They had much to fear. They’d soon face covert surveillance by Immigration and Customs Enforcement, the possibility of arrest and deportation at every step, and even threats of physical violence as they marched from New Orleans to Washington, DC, to hold a thirty-one-day hunger strike.

But that’s not what they feared most. To my surprise, their greatest fear was telling their families back home that they’d failed. They’d come to America, the land of opportunity, the freest place on earth, and they had nothing to show for it. In their darkest moments, it wasn’t Signal’s abuses that haunted them. It was the fear that they’d let down the ones they loved.

At first this amazed me—then I remembered I’d had exactly the same fear.

I came to the United States from India, to attend college at the University of Chicago. For a time, I thought my foothold in America was secure. Then, in 2000, I missed an immigration deadline and became undocumented. Unable to work legally, I fell behind on rent. I was evicted from my apartment. I lived on friends’ couches, and worked minimum-wage jobs alongside undocumented immigrants from around the world.

After the 9/11 attacks, the threat of deportation increased. More than once, I faced physical violence from strangers who projected onto my brown skin their own nightmares of another terrorist attack. Even so, what I feared most—more than homelessness and physical violence—was telling my family that I had failed. Here I was, in the land of opportunity. And I’d let them down.

The fear of admitting that you’ve failed to achieve the American Dream is hardly unique to immigrant workers. The reality for tens of millions of US workers today is not the climb toward prosperity they were promised, but the sense that they’re losing ground every day. That they’re one slip away from disaster. Workers in the US are working harder every year with less to show for it. They struggle each day with their own fear of failure, of letting down the ones they love—and with the sense that somehow it’s their own fault.

It’s not. They haven’t failed at the American Dream; the American dream has failed them. College professors are now poverty-level adjuncts. Educated millennials are now just-in-time retail staff. Seniors who should be retired have become migrant warehouse workers for Amazon. Contract attorneys with six-figure law-school debt are reviewing documents for $8 an hour.

So how did the Signal workers overcome their greatest fear? By coming together to take collective action.

All around America, there are workers coming together to imagine an economy in which they’re truly free. They’re fighting for the new generation of rights and guarantees that would let tens of millions of US workers trade anxiety and constraint for dignity and creativity.

Those who believe in the promise of the American Dream need to remember that opportunity in America has always been won through generations of collective struggle. If we can imagine freedom in the face of fear, as the Signal workers did, then we can start to build an economy that will guarantee it.