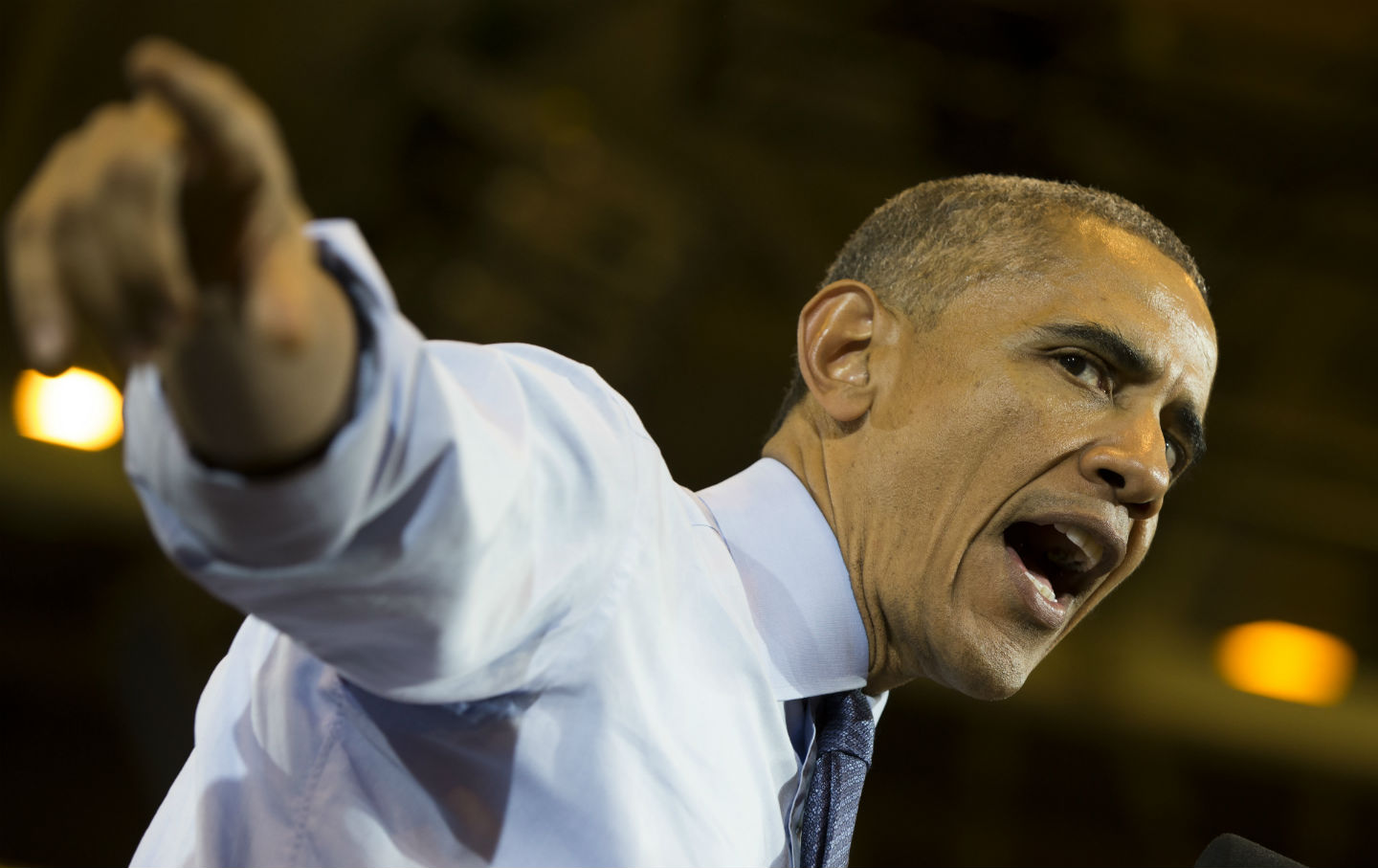 As the White House mounts an increasingly harsh rhetorical war on Democratic opponents of President Obama’s trade agenda, a treasured talking point has emerged: The public actually supports the administration.

In a Wednesday Politico piece titled “Barack Obama’s war on the left,” we have this:

West Wing aides point to last week’s NBC News/Wall Street Journal poll that showed deep and wide Democratic support for trade. Obama’s own poll numbers are up. And so a president who views his left-wing detractors as knee-jerk ninnies (as opposed to his view of himself as a true progressive who never acts out of politics, only taking positions because he’s thought things through more thoroughly than his opponents) has decided to let loose, they say.

In another Politico piece from last week, in which White House aides anonymously suggested Warren was just trying to hype the Draft Warren movement, the polls came up again:

“Are [Warren’s] arguments a sign of desperation given the tide shifting among the public, particularly Democrats?” one person close to the White House said, citing recent poll numbers showing the public growing less wary of possible negative effects of international trade accords.

If one actually looks up the NBC/Wall Street Journal poll in question, however, it is hard to find the peg the White House is hanging its hat upon.

The first shows a 37-31 split between, respectively, those who believe free trade has helped the United States and those who believe it has hurt, with 25 percent saying there’s been no difference and 7 percent unsure. The trend lines are towards a more positive view on trade, but the split is still pretty close. (I’m not sure where the White House aide got “deep and wide;” there are no party crosstabs in the public version of the poll. Perhaps they have another.) It still doesn’t seem like anything that would drive Warren or Sherrod Brown to desperation.

But most importantly, it doesn’t actually ask about TPP—just the idea of free trade in general. The next question doesn’t either, but rather asks about NAFTA, where there is a rather uninspiring 29-26 split in favor of the position that the trade deal had a positive impact. (That’s within the margin of error for the poll.)

Polling on the specifics of TPP can be hard to find. Many surveys are over a year out of date, and almost useless given how much information has come out about fast track and TPP since then. That said, this Hart Research poll from January 2014 shows the public opposed fast-tracking TPP by a wide 62-28 margin. It was conducted on behalf of groups that oppose TPP, though I think the description of fast track in the question was pretty accurate and fair.

Other polls have clearly slanted questions, in either direction, and aren’t very indicative. But the bottom line is there’s no clear measure of public support for fast track nor the TPP. So what is the White House talking about?