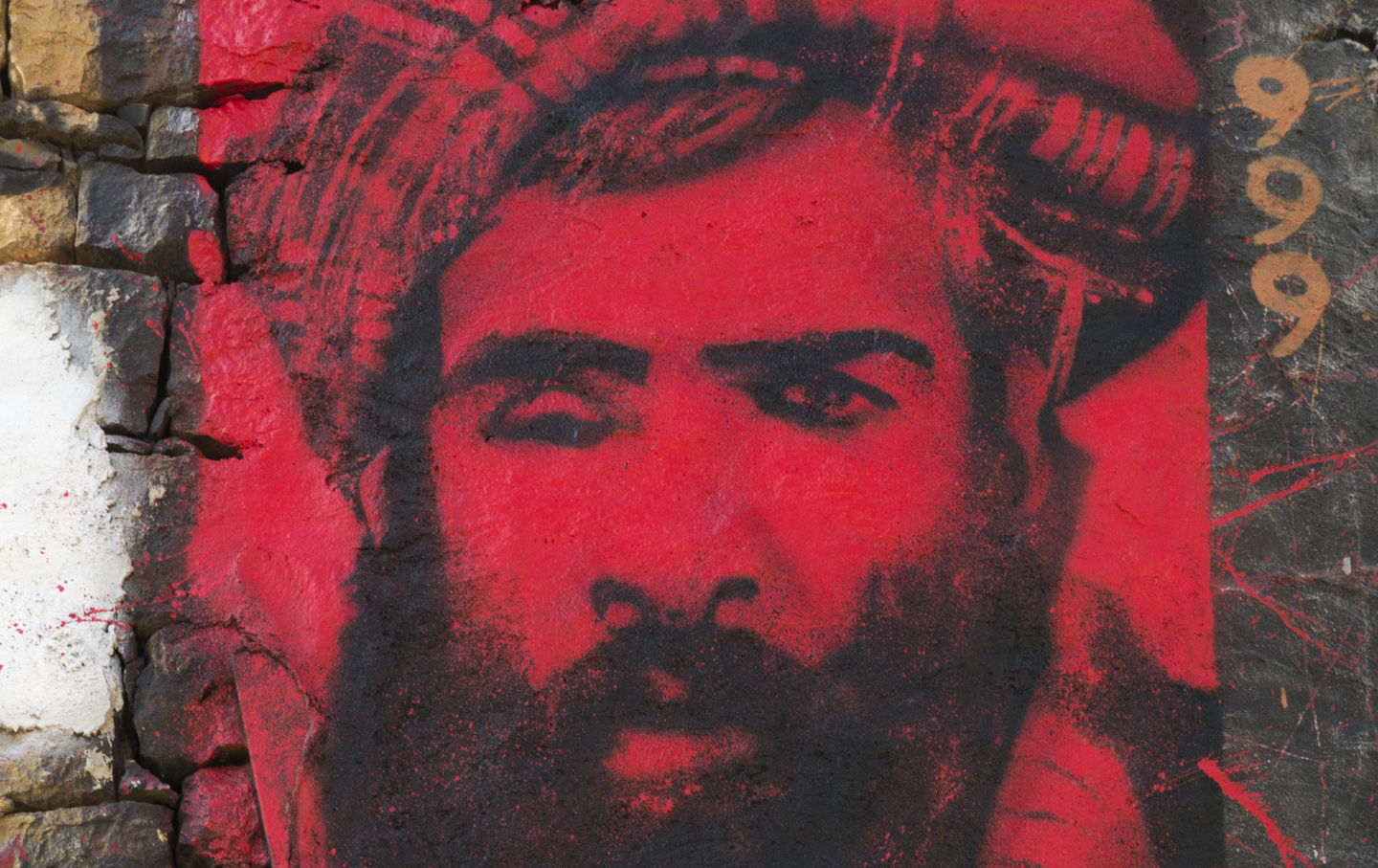 The numerous past reports of the death of Taliban leader Mullah Mohammad Omar have, in the words of Mark Twain, been greatly exaggerated. This week, another round of such allegations surfaced on Afghan television and then in the Pakistani press. Does it even matter any more? Surely the more important news is that the Taliban are gradually seizing key transportation routes in Afghanistan that might allow them to control trade and smuggling, denying the government key revenue and taking it for themselves. At the same time, they have begun acting more like a political grouping, showing willingness to negotiate with the weak central government of President Ashraf Ghani. But the Taliban also face a more ruthless rival now, in ISIL.

The Taliban have in the past decade reemerged as a credible guerrilla fighting force. They have changed a great deal since their heyday of the 1990s, when they ruled most of Afghanistan and fatefully decided to host Osama bin Laden and his Al Qaeda troops, making them the 55th Brigade of the Taliban. The Taliban remain, however, a far-right Muslim fundamentalist organization devoted to taking and holding territory by force.

The announcement of the death of the figure lionized by followers as “Commander of the Faithful” comes on the eve of a second round of talks between the Afghan government and representatives of the guerrilla group, to be held in Qatar or China in days. A message purportedly from Mullah Omar on the occasion of Eid al-Fitr (the Festival of Fast Breaking) two weeks ago had endorsed the negotiations, a less hard-line position than the leader had taken for many years. The coincidence of this report with the new talks has raised suspicions that someone is attempting to manipulate the political context in which they take place.

The Taliban themselves are divided on whether to negotiate. Many feel they are making excellent progress on the battlefield and should fight on until victory. Others are tired of decades of war and think that with the departure of most Western forces, they have a chance to reshape the constitution through diplomacy. (NATO forces will have no role in Afghanistan after 2016, though the Obama administration wants to keep several thousand men there, apparently indefinitely, most as trainers.)

Those Taliban who want to fight on can point to real victories. Just this week, they’ve made three strategic advances. They took a large police station in Badakhshan away from the Kabul government. The police outpost in that eastern area of the country controls routes into northern Pakistan.

The Taliban also conquered Kohestanat district in Sar-e Pol province, taking another police base. This triumph took them closer to Turkmenistan and Uzbekistan in the north. The locals fought off the guerrillas for two days, hoping in vain for air support from Kabul. When it did not come, they eventually collapsed, recalling uncomfortably the ways in which the Iraqi police and army have fallen apart over the past year.

The Taliban took as many as 80 more villages in the northern province of Kunduz, which has a population of more than a million. Unlike most of the country’s northern provinces, about a third of the population of Kunduz hails from the Pashtun ethnic group, a key political base for the Taliban. The fundamentalists are said to have taken over half of this strategic province, which controls trade and smuggling routes to Tajikistan and thence to Central Asia. They appear to be preparing to take the provincial capital, also called Kunduz, a city of 300,000, emulating ISIL’s conquest of Ramadi in Iraq. Even when NATO kept a presence in the province, there were only 1,000 police, and it was a site of disorder, used by the Taliban to smuggle fuel in from Tajikistan. A German-ordered bombing of two such fuel trucks in 2009 killed large numbers of civilians and left a bad taste in the mouths of locals.

At the same time that the Taliban are making advances, they face increasing competition from ISIL (ISIS, Daesh). Even the Taliban’s long-time ally, Gulbuddin Hekmatyar, leader of the so-called “Islamic Party” (Hezb-i-Islami), has allegedly told his fighters that in any firefight between the Taliban and ISIL, they should take ISIL’s side. It is possible that the pro-negotiation faction in the Taliban feels that becoming part of the Kabul establishment through negotiations can shore up their authority against this insurgent challenge. (Hekmatyar was recruited by the CIA for its war on the leftists in Afghanistan in the 1980s and received the lion’s share of Reagan administration money via the Pakistani Inter-Services Intelligence. He turned against the United States when the Bush administration invaded Afghanistan in 2001.)

The current round of reports about Mullah Omar’s death say it happened in 2013, so if the Taliban are making advances in Kunduz and Sar-e Pol in the summer of 2015, he can’t be very important to their success. Despite the tendency of the American press and political class to play up personalities, Mullah Omar has not been very important operationally for more than a decade.

The reports, moreover, are rife with contradictions. The speculation was kicked off on Afghan television on Channel One last week when Mullah Hamza, spokesman for the small, shadowy Taliban breakaway group Feda’i Front, claimed that Mullah Akhtar Mohammad Mansur, his second-in-command, and Gol Agha, his finance officer, assassinated Mullah Omar in July 2013. This assertion seems likely to have been more an attempt to make mischief inside the rival organization than anything else.

But then journalists raised the question with authorities in Kabul and Islamabad, who confirmed the leader’s death, but said he had passed away in a Karachi hospital of tuberculosis two years ago. This allegation raises the question of why, if it were true, the two governments sat on the information for all this time. Moreover, how did the Pakistani government know Mullah Omar was in a Karachi hospital? If it did know his location, did it share that information with the United States, which wants the mullah for his alleged role in the September 11 attacks? If not, why not? Then a “former Taliban [cabinet] minister” confirmed the leader’s death but insisted it occurred in Afghanistan. Other Taliban leaders have denied the report.

An article in the Mandegar newspaper in Afghanistan speculated that the reports were instigated by the Pakistani government because it has been rebuffed by the Taliban negotiating team based in Qatar, with which it has no influence. Afghanistan expert Waheed Mozhdah reportedly argued that Islamabad is attempting to sideline the Qatar group as unrepresentative in the absence of Mullah Omar, and hoping to promote some other faction or leader that is closer to Pakistan.

The murkiness of the evidence for these various allegations and the extraordinary variance of detail from one account to another makes it likely that the story is being retailed by various factions for their own purposes.

That these purposes include trying to influence the shape of the next round of talks between Kabul and the Taliban is as plausible a motive as any. If the Afghanistan National Army and the provincial police and gendarmes do not start making a better showing on the battlefield with the Taliban, however, the negotiations will become moot.