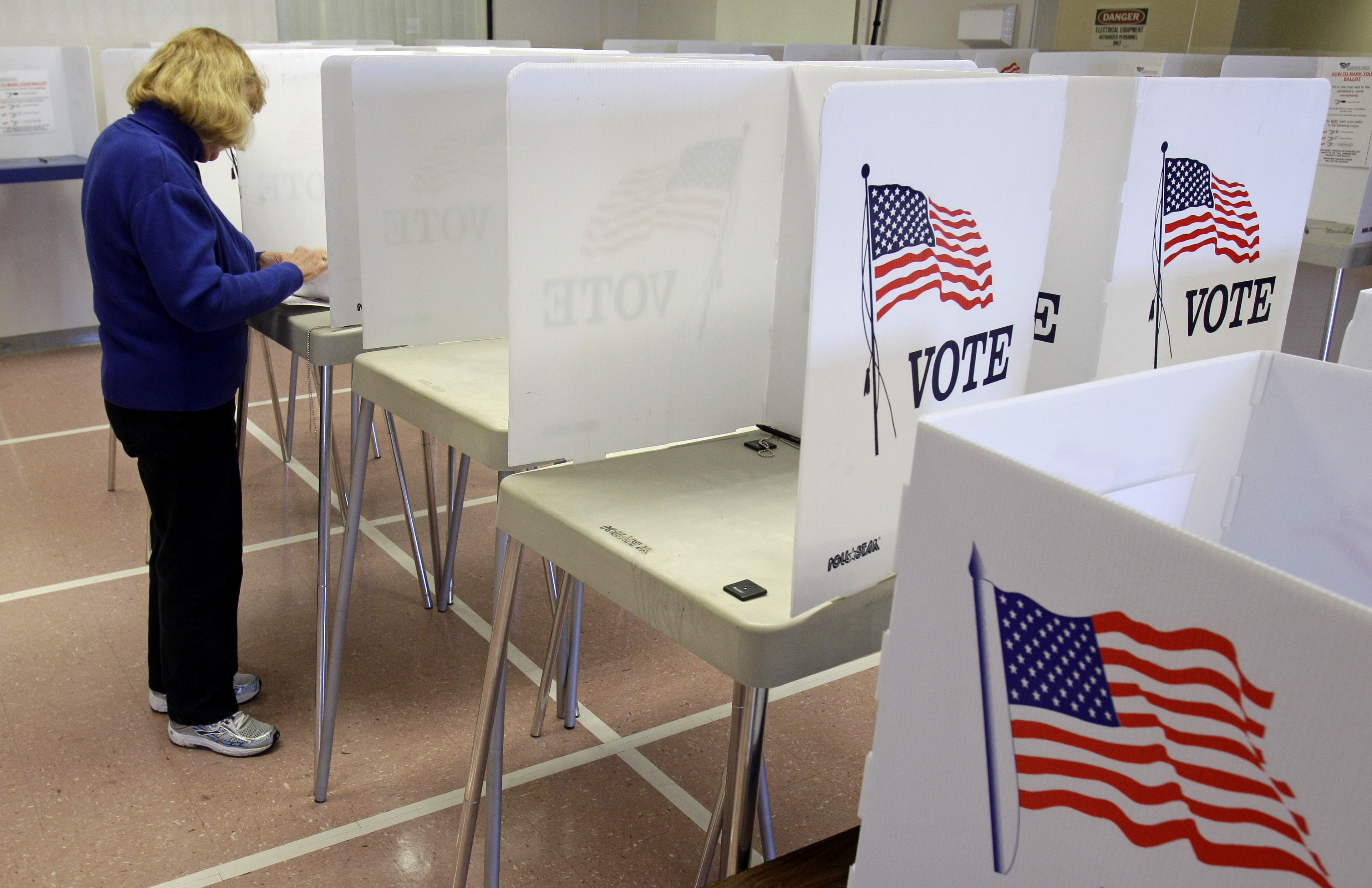 A voter casts her ballot at a polling station in Cleveland, Ohio. (AP Photo / Tony Dejak)

American democracy is in sorry shape—battered on all sides by big money, restrictions on voting and vapid media that trivialize rather than enlighten. But Robert M. La Follette and the progressive reformers who a century ago established direct primaries, initiatives, and referendums; an elected US Senate; and voting rights for women always said that “the cure for what ails democracy is more democracy.”

In Ohio today, voters have an opportunity to apply the cure.

Ohio Issue 1, a proposed constitutional amendment to ban partisan gerrymandering and establish a bipartisan Ohio Redistricting Commission to draw legislative district lines, is being pitched as a good-government reform. But that undersells its significance. This is a bold response to America’s broken political processes.

The vote on Issue 1 is one of a number of vital tests that are in the ballot in states across the country today, as Americans go to the polls for a classic off-year election in which:

Governors, legislators, mayors will be chosen today. Voters will also decide whether to legalize marijuana.

What makes Ohio’s Issue 1 test stand out is the fact that voters are being given a chance to address a key source of the political dysfunction that influences so many other issues.

Nothing does more to deny democracy than gerrymandering—the process by which legislators draw districts that are so heavily weighted toward one party that election results are preordained. When whole states are gerrymandered, the will of the voters can be and is thwarted—so that even if most voters cast their ballots for Democrats, Republicans might retain control of legislative chambers.

Gerrymandering is such a powerful tool for protecting incumbent politicians and parties—it is literally referred to as “representatives picking their voters rather than voters picking their representatives”—that in heavily gerrymandered states, many seats go uncontested in November elections. To the extent that there is competition, it is often in primaries, with a narrow minority of ideological absolutists threatening incumbent who works across party lines. Thus, gerrymandering has the duo effect of reducing partisan competition while increasing partisan gridlock.

This is why former Ohio state Senator Nina Turner, a leading voting rights advocate, says, “Redistricting reform is one of the most important issues we can tackle.”

That’s not just true for Ohio. It is true for Wisconsin, for North Carolina, and states across the country. With that understood, the Buckeye state does provide a powerful illustration of why gerrymandering must be addressed.

In Ohio, a historically competitive state, Republicans swept to complete control of the governorship, lower-level statewide offices, and both houses of the state legislature in the Republican-wave election of 2010. They proceeded to draw district lines that were gerrymandered in their favor. Thus, even though Democratic President Barack Obama and Democratic Senator Sherrod Brown won big statewide victories in 2012, there was no parallel shift to the Democrats when it came to legislative races.

Why? Because, as former Ohio House minority leader Armond Budish, who served as the only Democrat on the current Ohio Apportionment Board noted during the 2011 redistricting process, the Republican majority on the board was able to force through a plan that effectively “quarantined” Democrats in roughly one-third of the Ohio’s legislative districts. The clear majority of districts were drawn to favor Republicans, while only a handful of state House and state Senate seats were considered to be genuinely competitive.

The fury at the extreme gerrymandering of the state—and the ensuing one-party governance by Governor John Kasich and his allies—has mounted over the years. And now, the response comes in the form of the amendment proposal, which would:

This is not a perfect or final repair for the broken system in Ohio, let alone a perfect or final model for the rest of the country. For instance, the amendment addresses abuses only in the drawing of legislative district lines; it does not respond to the extreme gerrymandering of the state’s congressional districts. With that said, Issue 1 does aim in the right direction. And it has drawn broad, bipartisan support. Why? Because, as the Toledo Blade well notes, “Issue 1 is far preferable to the corrupt status quo. It enables Ohio voters to take back their state government from both parties.”

If Ohio voter ban partisan gerrymandering—and if the change is respected by the courts and implemented by the new commission—this has the potential to be an electoral game changer.

“Redistricting reform is one of the most important issues we can tackle.”

As the Cincinnati Enquirer editorial endorsement of the measure correctly observed, “This election offers a rare chance to change politics as usual—and without casting a single vote for a candidate. Ohioans simply need to vote for Issue 1.”