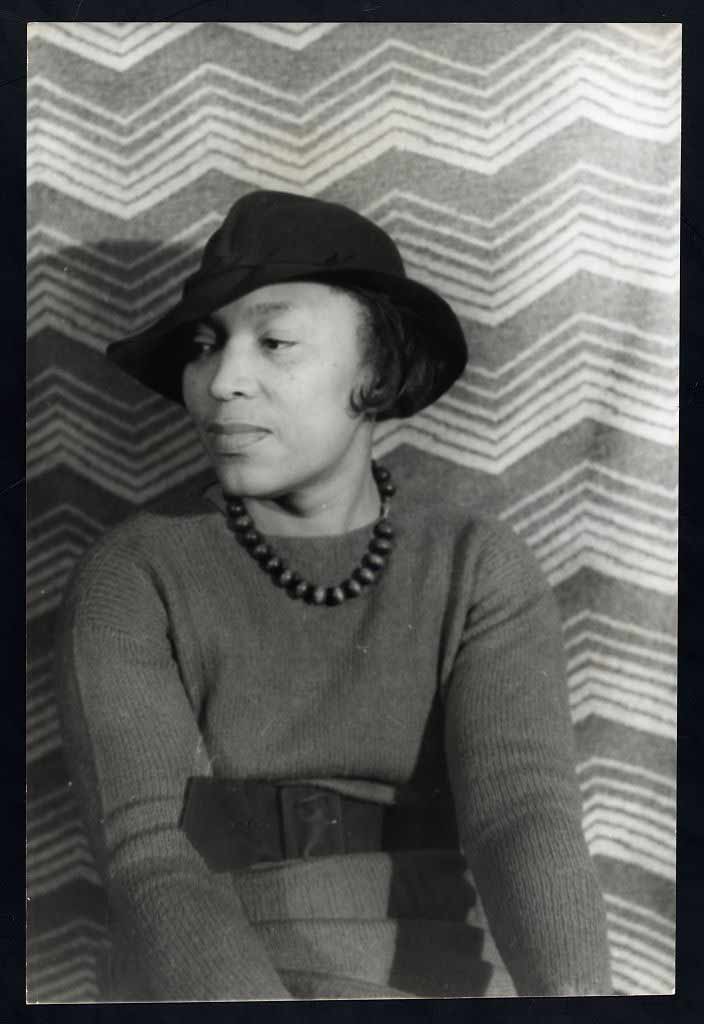 As the Clotilda sank in the muddy waters of Bayou Canot, Alabama, the ship’s captain, William Foster, lit seven cords of wood and set the vessel to shine with fire. It was July 1860, more than 50 years after Congress outlawed the American transatlantic slave trade and nine months before the onset of the Civil War. The Clotilda had completed its final mission: aiding in the illicit capture and transport of 110 Africans from the coastal port of Ouidah in Dahomey (present-day Benin) to the cotton-covered shores of the Deep South. In Barracoon: The Story of the Last “Black Cargo,” Zora Neale Hurston tells the story of Kossula (also known as Cudjo Lewis), who, when she meets him in 1928, appears to be the sole living survivor of that ineffable transgression. What follows is Kossula’s extraordinary account of suffering and resilience.

Throughout the book, Hurston acts as a sylphlike conductor, arranging the elements of style and order to lay out this doleful narrative and artfully allowing Kossula to “tell his own story in his own way without the intrusion of interpretation”—including her own.

At the start of Barracoon, there is a brief moment of tension when Hurston is given a mild dressing-down after interrupting Kossula as he recounts a story about his grandfather. Fearing that he will stray too far from the topic at hand, she interjects, “But Kossula, I want to hear about you.” His response informs the tone of the story that follows: “He gave me a look full of scornful pity and asked, ‘Where is de house where de mouse is de leader? In de Affica soil I cain tellee you ’bout de son before I tellee you ’bout de father.’” This reluctance to intrude was also one reason that Hurston struggled to publish Kossula’s story in the 1930s; every interested publisher balked at the use of dialect throughout the book.

Though most readers will recognize Hurston as the bluestocking Harlem Renaissance novelist—doyenne of the self-styled “niggerati,” who penned one of literature’s most empowered female protagonists (Janie Crawford, the idealistic heroine of Their Eyes Were Watching God )—she was also an accomplished ethnographer.

In the 1930s, Hurston traveled across the Deep South and throughout the Caribbean in order to capture black folk heritage and traditions and preserve them faithfully for posterity. “Folklore,” she wrote, “is the arts of the people before they find out that there is any such thing as art.” Their Eyes Were Watching God also had an anthropological component: It borrowed heavily from Hurston’s upbringing in Eatonville, Florida, and achieved a masterful articulation of dialect and verisimilitude.

Indeed, her pursuit of authenticity features prominently in all of her works. Of Hurston’s collection of folk stories, Mules and Men, the Pulitzer Prize–winning author Alice Walker wrote, “This was my first indication of the quality I feel is most characteristic of Zora’s work: racial health; a sense of black people as complete, complex, undiminished human beings.” This is evidenced in Barracoon—finally published nearly 100 years later—where the use of dialect is central to Kossula’s narrative.

In her preface to Barracoon, Hurston gives us something of a statement of purpose for the book. She wants “to set down essential truth rather than fact of detail, which is so often misleading.” To amend Kossula’s speech in order to fit grammatical and literary conventions would not only have been inauthentic, it would have defeated her overarching goal: that of displaying Kossula’s humanity and the dignity within a community of people who are most often portrayed as having none.

Threads of grief, loss, and loneliness are sewn throughout Kossula’s narrative, but there is also laughter and a willingness to accept what cannot be changed, even if he never gave up hope of returning to Africa: “My eyes dey stop cryin’ but de tears runnee down inside me all de time.” Early on, Kossula tells Hurston that he’s grateful she has visited him, because he hopes that his story will make it back to his people in Africa. “I want tellee somebody who I is, so maybe dey go in de Afficky soil some day and callee my name and somebody dere say, ‘Yeah, I know Kossula.’” His desire to reconnect with his home and loved ones persisted until his death in 1935.

Barracoon moves geographically and chronologically through time. Kossula recounts with remarkable accuracy dates and details spanning 60 years, beginning with his kidnapping and clandestine arrival in Alabama and continuing with his life after Emancipation and his efforts to establish a new home.

His story began in Bantè, when Kossula was a spry 19-year-old, on the cusp of a potential courtship. Not too far from Bantè, the Dahomey empire had been amassing extravagant wealth through the capture and sale of slaves. Its economy thrived on chaos, with the kingdom either making war directly or inciting it among rival nations and exploiting the ensuing turmoil. When Dahomey’s female vanguard cut through the Great Gate of Kossula’s village in a dawn ambush, the villagers were dazed and helpless. After their king was executed, those townspeople who appeared to be in good health were bound and marched for days to the port of Ouidah, where a barracoon—a stockade—awaited them.

Dey placee us in de barracoon…When we dere three weeks a white man come in de barracoon wid two men of de Dahomey. One man, he a chief of Dahomey and de udder one his word-changer. Dey make everybody stand in a ring—’bout ten folkses in each ring. De men by dey self, de women by dey self. Den de white man lookee and lookee. He lookee hard at de skin and de feet and de legs and in de mouth. Den he choose. Every time he choose a man he choose a woman. Every time he take a woman he take a man, too. Derefore, you unnerstand me, he take one hunnard and thirty. Sixty-five men wid a woman for each man. Dass right.

Hearing Kossula describe the horrors of this method of capture and sale, Hurston was struck by the “universal nature of greed and glory” that motivated both the sellers and buyers. Moreover, as she wrote in her 1942 autobiography Dust Tracks on a Road, Kossula’s story forced her to reckon with a truth that unsettled notions of her own identity, lineage, and inheritance. “My own people had butchered and killed, exterminated whole nations and torn families apart, for a profit before the strangers got their chance at a cut.”

We are needled with this tension throughout Barracoon. What Kossula recounts upended Hurston’s and many others’ understanding of the role that Africans played in the slave trade. Kossula reveals that slaves were present even in Bantè. The notion of a universal blackness was inconsistent with his lived experience.

Kossula’s story forced Hurston to reckon with the diversity of her own people and the way they did harm to one another. In scene after scene, we are confronted with the reality that American-born slaves rarely showed Kossula and the newly enslaved Africans much kindness. “De American colored folk…dey say we savage and den dey laugh at us and doan come say nothin’ to us.”

Kossula lived through a considerable number of momentous historical events: the Civil War and the years of Reconstruction, as well as World War I, the Great Migration, and the Great Depression. But no single event altered the course of his life in America as greatly as Emancipation did. When Kossula arrived in Mobile, Alabama—then colloquially known as Cotton City—in July 1860, it was the second-largest exporter of the crop in the country. Wrote one Massachusetts journalist: Alabamans “buy cotton, they sell cotton, think cotton, eat cotton, drink cotton, and dream cotton.”

A little over five months later, shortly after Abraham Lincoln was elected president, residents of South Carolina signed the Declaration of the Immediate Causes announcing the state’s secession from the Union. In February of the following year, delegates from South Carolina, Georgia, Mississippi, Florida, Louisiana, and Alabama assembled in Montgomery to establish the Confederate States of America, and by April the country was divided in war. Despite the deep transformation that it wrought on much of America, Hurston devotes little space to the four-year conflict. She focuses instead on the significance of the Emancipation Proclamation, issued by Lincoln in 1863, and on the eventual freedom that African Americans won by the end of the war.

For Kossula, freedom came on April 12, 1865. While on the deck of one of his enslaver’s boats, he saw a group of Union soldiers picking mulberries from the nearby trees. When the soldiers spotted Kossula and his fellow crewmen, they delivered the staggering news: “‘You free, you doan b’long to nobody no mo.’”

The community of former slaves who arrived on the Clotilda with Kossula attempted to travel back to Africa, but they weren’t able to scrape together enough money. Tim Meaher, the wealthy planter who funded the illicit expedition to capture Kossula and his compatriots, refused to offer them any assistance—either to return to their homeland or to build new lives in America. Pooling their meager wages, they eventually bought a plot of land from Meaher and his brother. “Dey doan take off one five cent from de price for us. But we pay it all and take de lan’.” They christened their new community “African Town.”

Selma and the Unfulfilled Promise of Civil Rights

Hurston spent three months in Alabama listening to and transcribing Kossula’s story. But even before her unsuccessful attempts to find a publisher willing to accept The Life of Kossula—her original title—Hurston had already received considerable criticism for her use of dialect in Their Eyes Were Watching God. Writing in The New Masses, Richard Wright denounced the book’s style: “Miss Hurston voluntarily continues in her novel the tradition which was forced upon the Negro in the theatre, that is, the minstrel technique that makes the ‘white folks’ laugh.” Estelle Felton, writer for the academic journal Opportunity, was equally critical of Hurston’s first novel, Jonah’s Gourd Vine, for a similar reason: “It seems as if Miss Hurston has not painted people but caricatures.”

Despite the views of these critics, Hurston was keenly aware of the dangers of exploiting or simplifying dialects. “I know that I run the risk of being damned as an infidel for declaring that nowhere can be found the Negro who asks ‘am it?’” she wrote in Negro: An Anthology, “nor yet his brother who announces ‘Ise uh gwinter.’ He exists only for a certain type of writers and performers.” In Barracoon, Hurston aspired to render Kossula’s speech as faithfully as possible. On the page, his words might sound unpolished, and yet he is candid and indelibly poetic. Hurston restores some agency—even if only a minuscule amount—to him. That the soles of his feet would never again kiss the land upon which he was born remains a bitter pill to swallow.

Barracoon concludes not with Kossula’s words, but with an offering from him nonetheless, as Hurston is taking her leave: “He had saved two peaches, the last he had found on his tree, for me.”

If You Fund the Research, You Can Shape the World

Where There’s No Justice…

The Hindu Right and Attacks on Academic Freedom in the US