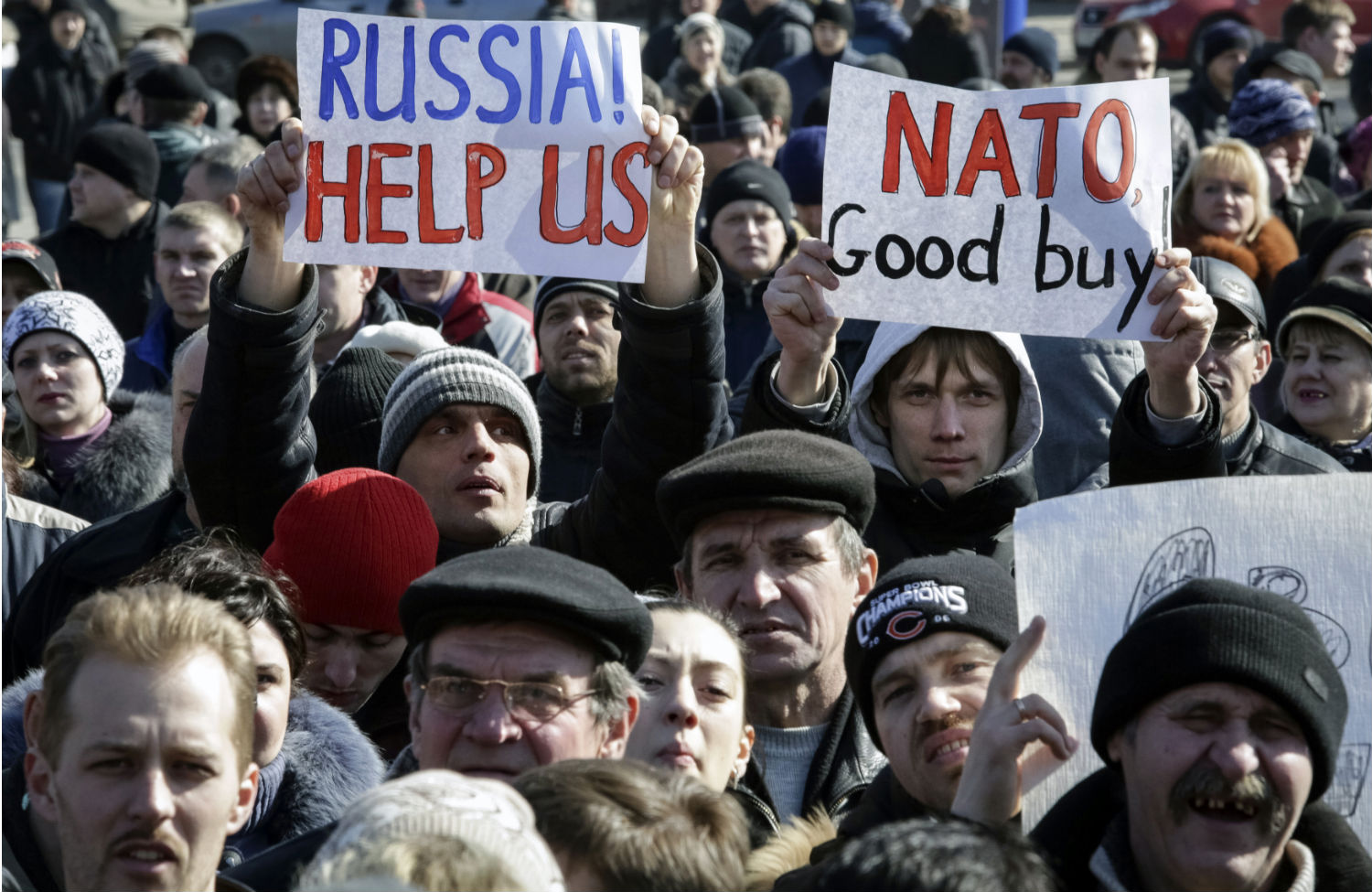 The West has rejected the scheduled Crimea referendum as illegitimate and demanded that Russian President Vladimir Putin give up its support for the peninsula. This pressure is not likely to succeed and, if anything, will only strengthen Putin’s drive to recognize Crimea either as an independent state or a part of Russia. The attempts to explain Putin’s intervention in Crimea by Russia’s economic weakness and fear of democracy are not credible and ignore the genuine roots of Putin’s action—nationalism and the West’s own role in its rise.

Although Russia’s internal problems are serious, Putin’s approval ratings were high before the intervention and he hardly needed it to improve his domestic standing. By fall 2013, the Kremlin gained a new political confidence largely by locating what experts identified as Putin’s conservative majority. By studying Russian reactions to the Anti-Magnitsky Act, the trial over Pussy Riot and restrictions on the activities of protesters and NGOs, Putin’s regime concluded that it had a sufficiently strong social base to avert destabilization. In December of the same year, Putin pardoned 20,000 prisoners, including members of Pussy Riot and his longtime critic, former oligarch Mikhail Khodorkovsky. Many of those charged for disturbances during protests in the early 2012 were either released or received sentences lighter than expected.

The true motives of Putin’s intervention in Ukraine have nothing to do with diversionary domestic politics, just as his true intentions have nothing to do with trying to recreate the USSR. Instead, the support for Crimea is a reflective nationalist reaction to what the Kremlin views as unjust treatment by the West. Putin can no longer ignore those inside Russia who have been worried for years about protecting the country’s security and values from what they view as a dangerous encroachment by Western nations.

Nationalism in Russia has been a potent force, but it would have not have become as influential without the Ukrainian revolution and the Western support for it. The nationalist coalition behind Putin’s Crimea intervention includes security hawks known for their tough opposition to NATO expansion and ethno-imperialists advocating the “reunification” of all Russian lands in the former Soviet space. Security hawks form a close circle of Putin’s old KGB friends who have had access to him since his arrival to power in 2000. In 2008, a member of the group, Sergei Ivanov, currently the head of presidential administration, expected to become a heir of Putin, but was passed over for a more liberal and West-friendly Dmitri Medvedev. The other group includes those who, like Dmitri Rogozin, have argued since the 1990s that Russians are the core of the post-Soviet revival and the state must defend them everywhere in Eurasia. The two groups converged by supporting each other’s policy appointments and arguments. For instance, Rogozin is a known critic of NATO and the former Russia Ambassador in Brussels.

Russia’s relations with NATO are well-known. In response to the alliance’s intervention in Yugoslavia, two rounds of expansion in Europe, the United States’ decision to deploy elements of the Missile Defense System in Europe (allegedly against Iran), Russia made it abundantly clear where its red lines were. In August 2008, it went to war with Georgia in part out of determination to affirm these red lines. Ukraine too has tried to join NATO under President Victor Yushchenko. Although his successor Victor Yanukovych scrapped the membership plans and signed a long-term lease on Russia’s military bases in Crimea, security hawks in the Kremlin, including Sergei Ivanov and Secretary of Security Council Nikolai Patrushev, remained suspicious that Yanukovych’s desire to strengthen relations with the European Union was a Trojan Horse path toward NATO.

With the ascent of Arseny Yatsenyuk’s pro-Western coalition in Kiev, Moscow has had reason to believe that Kiev would resume its drive to join NATO and denounce the Black Sea agreement that allows Russia to keep its fleet in Crimea until 2042. By intervening in Crimea, Putin acknowledged that his leverage against Kiev—largely based on natural gas supplies and personal ties with Ukrainian pragmatists—was insufficient to ensure Ukraine’s neutral status and preserve Russian fleet in the Black Sea.

In addition to security hawks, the Ukrainian revolution empowered Russian ethno-imperialists who have been insulted by the new Ukraine’s version of history that devalues the Soviet contribution to Nazi defeat and glorifies Stepan Bandera. Bandera fought alongside the Nazi against the Soviets and actively participated in Holocaust. Former Ukrainian leader Yushchenko awarded Bandera the medal of Hero of Ukraine that Yanukovych subsequently cancelled. That the Western nations never condemned such a nationalist version of history and embraced those who advanced it exacerbated Russians’ sense of betrayal by Kiev.

Steps that followed confirmed Russian fears. Kiev canceled the law on Russian language (it has now repealed that action), restricted Russian media coverage, pushed many eastern and southern representatives out of the Rada, proposed “lustrations” against members of the “old regime,” and formed a new government with a heavy representation of nationalist figures. Indeed, prominent positions in the new cabinet are now held by members of ultranationalist organizations who trace their political roots to Bandera. Among them are minister of defense, head of national security, prosecutor general and minister of education—presumably to educate Ukrainians in the spirit of Russophobic history. Back in the government is also the proponent of NATO under Yushchenko, Boris Tarasyuk. The new Rada is now considering a law on gaining membership in the alliance. In response to many Crimeans obtaining Russian passports, there is also a proposal to punish the second (Russian) citizenship with ten years jail time.

During the Ukrainian revolution, Putin could not ignore those who turned to Russia for protection. In the war in Georgia he defended not only Russia’s security perimeters, but also Russian citizens and small nationalities in the Caucasus. Putin further embraced some ethno-nationalist ideas in response to nationalist and middle class protests in 2011–12. For instance, in one of his pre-election articles he described ethnic Russians as “the core [sterzhen’] that binds the fabric” of Russia as a culture and a state. Inaction to the Ukranian revolution would have come with the high cost of declining support for Putin”s claims to leadership in Eurasia.

Although the exact extent of nationalist influences on Putin remains unknown, it is clear that the Crimea intervention has made his internal position stronger. Until security guarantees are provided to Russia, and the issue of Ukraine’s non-NATO status and protection of ethnic Russians is seriously addressed, it is increasingly likely that Crimea will remain the Kremlin’s leverage and will not be returned to Ukraine.