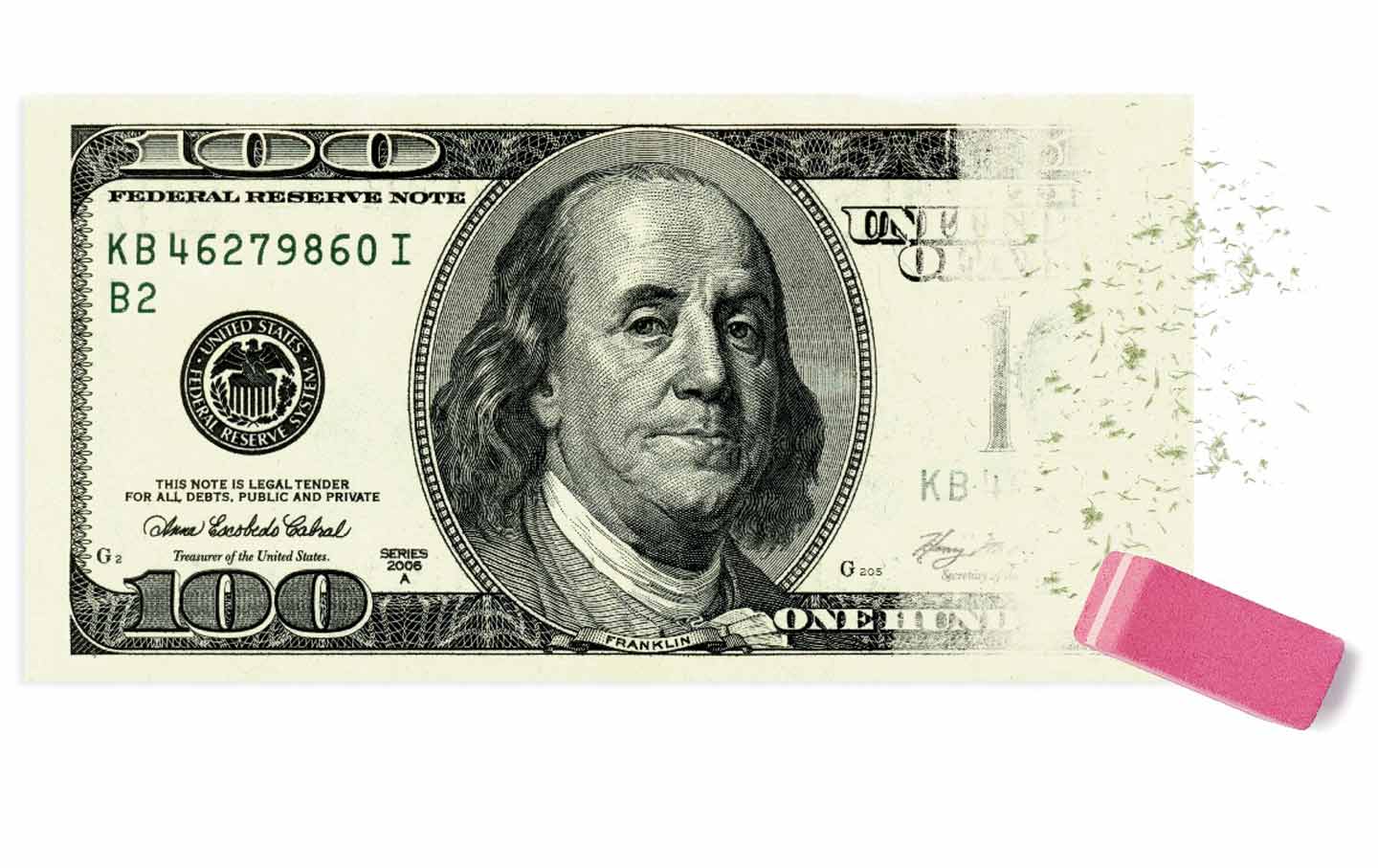 Over-the-top CEO pay has come to symbolize our nation’s staggering economic inequality. Major corporate CEOs now earn more than 300 times the pay of average workers, up from 30 only a generation ago. Today’s chief executives can take home more in a morning than their workers earn in a year. But CEO pay doesn’t just symbolize inequality—CEO pay helps drive it. As economist Lawrence Mishel has noted, executive pay accounts for roughly 40 percent of the income growth enjoyed by America’s top 1 and 0.1 percent from 1979 to 2005. Compensation for major financial-industry players adds another 23 percent.

Outrageously high pay provides CEOs with the incentives to behave outrageously. In order to grab the windfall “performance” rewards that corporate boards offer, these executives will do whatever it takes to juice their earnings per share. They’ll downsize and outsource. They’ll cook the books, cheat Uncle Sam at tax time, and cut R&D to buy back their own stock.

The most outrageous CEO behavior of all? They flagrantly steal from their own workers. They deny their workers earned overtime and force them to sign blank time sheets. They pay sub-minimum wages. And they seldom get caught or pay any significant penalty.

At first glance, the federal tax code seems to treat multimillion-dollar paychecks as inherently suspect. Executive pay over $1 million doesn’t constitute a “legitimate business expense”—meaning that corporations can’t deduct any pay over $1 million from their income. But corporations can deduct any pay that represents a reward for “performance.” Not surprisingly, corporations simply define the vast bulk of executive compensation as “performance-based pay.” In effect, the more corporations pay their executives, the more they get to deduct from their taxes.

This lollapalooza of a loophole will cost the federal treasury an estimated $50 billion over the next decade. The total that taxpayers shell out to subsidize excessive CEO pay runs much higher. That’s because government contracts—for everything from building bombs to managing mess halls—routinely go to corporations that overpay their top execs.

Under the current rules, companies that discriminate by race and gender cannot get federal contracts. By contrast, no federal procurement rules penalize companies that increase economic inequality by paying their executives unconscionably more than their workers.

Inequality Will Not Go Away On Its Own. Here’s How to Close the Gap.

To restore fairness, we should set a real cap on what corporations can deduct for executive compensation. Democratic Representative Barbara Lee has introduced legislation that would deny corporate tax deductions for any executive compensation more than 25 times the company’s median worker pay or $500,000. To downsize CEO pay overall, we should deny corporations with egregiously overpaid CEOs easy access to lucrative procurement contracts. Lawmakers in Rhode Island, for example, are pushing legislation that would give preferential treatment in the contract-bidding process to companies that pay their top execs less than 25 times what they pay their median workers. Democratic Representative Jan Schakowsky has introduced a congressional bill with a similar thrust.

Even some Republicans are getting into the act. In the recent debate over reauthorizing the US Export-Import Bank, South Carolina conservative Mick Mulvaney urged Congress to deny the bank’s subsidies to any firms that pay their CEOs over 100 times the median salary for American workers. House leaders prevented a vote on Mulvaney’s proposal, but corporate America took notice. One trade association dubbed his move “a preview of how executive compensation may be used as a leverage point in the future.”

All workers stand to benefit if the rules stopped encouraging windfall rewards for top corporate executives. But the workers who stand to benefit most are the millions of victims of corporate wage theft. Merely denying corporations a tax deduction on executive pay over $1 million would raise federal revenues by billions of dollars a year. That’s more than enough to ensure full-throttle enforcement of all state and federal wage and hour laws.