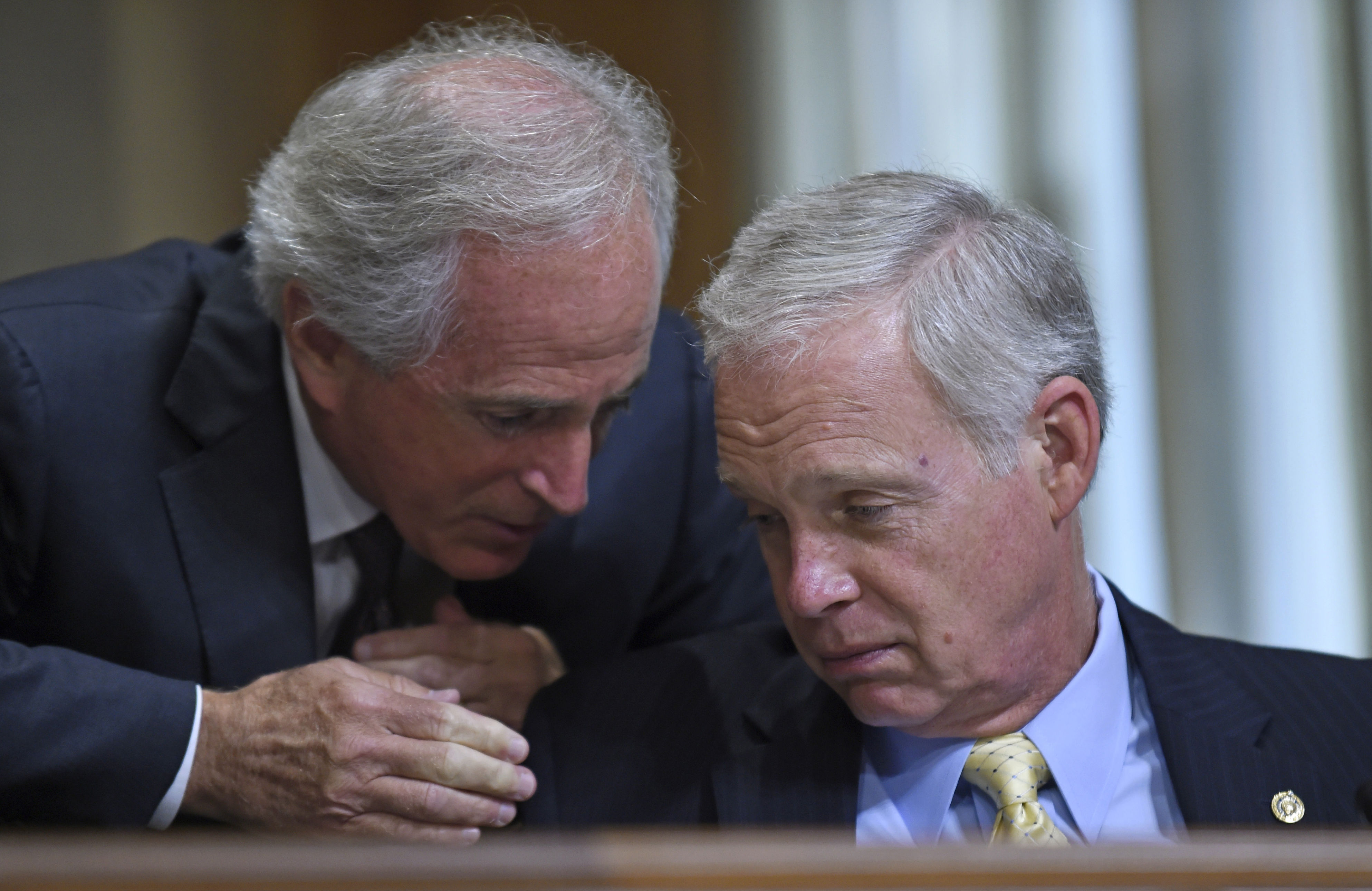 Over the past two weeks, on the heels of an announced extension to nuclear talks with Iran, Republicans in the Senate introduced two measures that could erect obstacles in reaching and implementing a final agreement with the Islamic Republic. One of the efforts, led by Senator Bob Corker of Tennessee, would mandate congressional approval before a nuclear deal could be struck. Another, spearheaded by the Senate’s most ferocious Iran hawk, Senator Mark Kirk of Illinois, would strip President Barack Obama of his ability to waive Iran sanctions—something the president might need to do in order to hold up the American end of the bargain and give Iran relief.

What’s most notable about these efforts, however, is their distinctly Republican nature. Both are co-sponsored by a bevy of GOP hawks, with no Democrats having yet signed on. (As of press time, the Corker bill has nine Republican co-sponsors and the Kirk bill has eight.)

This portends a further shift along the lines of what Eli Clifton and I discussed in our recent Nation feature on how hawkish groups influence the Hill: with diplomacy advancing as far as it has under Obama, the stakes were suddenly raised and Democrats became skittish about being seen as in opposition to one of their own president’s biggest foreign policy initiatives. As we wrote, some sixteen Democrats signed onto a sanctions measure introduced this winter—S. 1881, co-sponsored by Senators Kirk, Robert Menendez (D-NJ) and Chuck Schumer (D-NY)—but failed to generate more Democratic support after its initial introduction (whereas a number of additional Republicans signed on). In the end, many of the Democrats jumped ship when the party’s leadership, the White House and constituents pressured them.

From the perspective of opponents of diplomacy—and make no mistake that these new bills are sponsored by opponents of diplomacy—this is bad news. And they know it: when the Democrats, including Menendez, an original co-sponsor, backed off on holding an immediate vote on S. 1881, the influential pro-Israel lobby the American Israel Public Affairs Committee (AIPAC) tapped the brakes, too. “[S]topping the Iranian nuclear program should rest on bipartisan support and there should not be a vote at this time on the measure,” the group said in a statement.

Whatever Democrats AIPAC is able to wrangle to support measures like Kirk’s and Corker’s will simply act as fig leafs for what is in fact an increasingly partisan fight over Iran policy. To understand this dynamic, one needs only look at the anti-diplomacy lobby Eli and I outlined in our piece and the funders highlighted in a sidebar: the three billionaires against diplomacy—Paul Singer, Bernard Marcus and Sheldon Adelson—are all heavyweight Republican donors. (Adelson, for one, has said that the United States should use a nuclear weapon against Iran instead of negotiating with it.)

It’s not a coincidence that those three are also, according to the most recent comprehensive numbers, the three top donors to the Foundation of Defense Democracies (FDD), an influential and hawkish Iran-focused think-tank that Eli and I discussed at length in our report. Though FDD works with some of the most hawkish Democrats on the Hill, GOP connections abound: its president, Cliff May, was a communications director with the Republican National Committee and edited the party’s official magazine before launching FDD. The GOP bent became clear in 2008, when an FDD offshoot, the now defunct defenseofdemocracies.org, launched political attack ads against fifteen Democrats, precipitating the resignations of major Democrats on the group’s board.

With the Democratic leadership aligning in favor of diplomacy, hawkish members of the partly like Menendez are likely to only become more isolated and, should they persist, could end up working on overwhelming Republican initiatives. That could help insulate the Obama administration from criticisms over negotiating with Iran and legislative efforts that have potential to block a deal. It wouldn’t be surprising, in other words, to learn that the White House was secretly supportive of Republicans—and Republicans alone—taking up efforts to kill diplomacy.