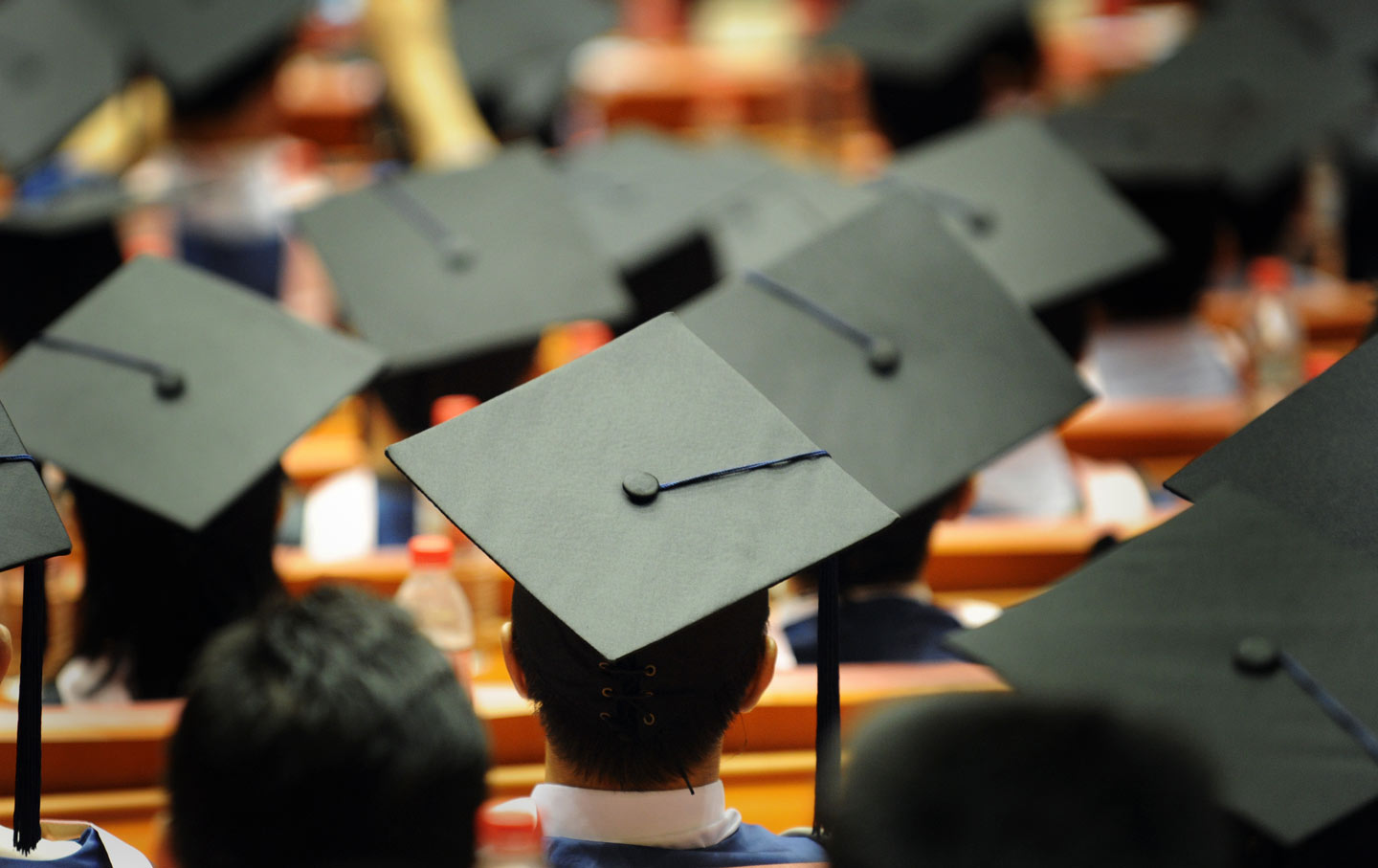 The recent wave of campus protests further confirm what we all know: Race is still an open wound in America, and racial discrimination and racism still exist in the United States. Despite the great achievements of the civil-rights movement, including affirmative action in higher education and the workplace, black people still suffer the ramifications of centuries of discrimination and the accumulated burden of their imposed subordination. But campus protests may not only be a backlash against persistent discrimination, racism and inequality, but also a display of a long-lasting frustration with the fact that these problems are not acknowledged in the public sphere. Indeed, among the demands made by the student protesters is that universities acknowledge historic injustices and issue formal, public apologies. There is no better place to illustrate this point than the current debate about affirmative action in college admissions, which reached the Supreme Court last week with the oral arguments in Fisher v. University of Texas.

In the late 1960s, towards the end of the civil-rights era, most leading colleges and professional schools started to give black students special consideration in admissions. The obvious rationale behind affirmative-action programs was reparation for past societal discrimination and the legacy of slavery. In essence, affirmative action is a type of redistribution policy. In the case of black people in America, it can be viewed as a tool to rectify the egregious wrongs that were perpetuated in the past, including generations of slavery, discrimination, degradation, and limited opportunity. Its role was to facilitate the social and economic mobility of people of color and women and to level the playing field between blacks and whites.

Yet, in the Court last week, where Fisher was heard, the justices mentioned neither the idea of reparations for black people nor persistent racial inequality. Why did these important issues vanish from the discourse on affirmative action and from our public consciousness?

In 1973 and 1974, a white US military veteran named Allan Bakke applied to medical school at the University of California, Davis. After being rejected twice, Bakke sued the university claiming racial discrimination, because his grades were higher than those of some of the school’s non-white admits who benefited from the affirmative-action program that was established in UC Davis in the early 1970s. Regents of the University of California v. Bakke (1978) represented the first Supreme Court challenge to affirmative-action policy in the history of American higher education. Justice Lewis Powell, who wrote the pivotal opinion in the case, struck down the affirmative action program at UC Davis’s medical school because it used a quota for minority admissions, but also upheld the constitutionality of considering race as one of a number of factors in college admissions to promote a diverse student body.

The Bakke case is often looked upon as the landmark ruling for legitimizing race-conscious admissions policies in higher education. Justice Powell set the stage for what came to be known as the “diversity rationale” for race-conscious admissions policies—the argument that having a diverse student body in postsecondary institutions serves a compelling government interest because “the ‘nation’s future depends upon leaders trained through wide exposure’ to the ideas and mores of students as diverse as this Nation of many peoples.” Race-conscious admissions, then, are permissible because, when narrowly tailored, they serve this substantial educational interest.

The Bakke ruling shifted the rationale for affirmative action from reparation for past discrimination to promoting diversity. This, in essence, made the discourse about affirmative action race-neutral, in that it now ignores one of the key reasons for why we need to give an edge to minorities. Today the University of Texas, Austin, when defending the consideration of race and ethnicity in admission decisions, cannot say that this practice is needed because of persistent racial inequality; because minority students do not have the same life chances as white students; because there is extensive racial discrimination in the labor and housing markets; because students who study in poor high schools have less chances for learning and lower achievements; or because growing up in poverty impedes your cognitive development. The only argument at the disposal of UT Austin in defense of its admission practices is that it needs a diverse student body to enrich the educational experience of privileged white students.

Today, the fate of affirmative action rests solely on the Court’s endorsing diversity as a compelling societal interest. The oral arguments in Fisher this week demonstrate the fragility of this situation. Chief Justice Roberts questioned the educational benefits of racial diversity, asking, “What unique perspective does a minority student bring to a physics class?… I’m just wondering what the benefits of diversity are in that situation?”

The motivation behind the implementation of affirmative-action policy is important. It is crucial for mobilizing and sustaining public support; it dictates how a program is set up to achieve its intended goals; and, finally, it determines how we evaluate a policy’s success or failure. All of these issues were raised by the justices when they reviewed affirmative action practice at UT Austin. The problem is that they were raised in the context of diversity, not from the perspective of racial inequality and reparation.

The root causes for the practice of affirmative action in higher education—that is, the systemic effects of racism and segregation in America—were shoved under the rug. This likely causes a frustration among minority students, especially blacks. But what is more troubling it that it also may lead to race-neutral admissions.

Can institutions maintain, or even increase, the representation of non-white students at elite colleges and universities using race-neutral means? In my book, Race, Class, and Affirmative Action, I studied a race-neutral, class-based affirmative-action policy that was implemented in the mid-2000s by four of Israel’s most selective universities, the first of its kind to be implemented in university admissions anywhere in the world. I compared the diversity dividends of this policy with what ethnic-based affirmative action could generate. Simultaneously, I examined US race-based plans and assessed how their outcomes measure up against those that could have been advanced by different models of class-based affirmative action. My research shows that a dramatic decline in the share of minority students at elite universities, including up to a 50 percent decline in the share of African-American students, will accompany the increase in the level of socioeconomic diversity.

Race and ethnicity are still good predictors of the quality of higher education that one will get, and of the life chances and opportunities available to even the youngest among us. The wave of demonstrations in campuses around the country may signal to Supreme Court justices that America is not ready to go race-neutral in college admissions.